Should This Idea
Be Banned?

In a democratic society, the people must make informed decisions.  These decisions should come from open, reasoned debate over the issues at hand, and that means a free society must have freedom to express views without governmental constraint.  But this has not always been easy.  Governments have found that complete freedom of speech can pose a threat to their power.  Books have been banned, speakers have been silenced, and works of art have been removed from public display.  Should governments have this power?  Should private companies exercise this option? Should there be any limits to our freedom of expression?  How would such censorship affect religious views?  These are the questions being posed in this course experience.  They strike right to the heart of what it means to be an independent thinker.

What is censorship?  As the article below explains, the word ‘censor’ comes from the Latin ‘cencere.’ A censor is defined as “an official who examines books, plays, news reports, motion pictures, radio and television programs, letters, cablegrams, etc., for the purpose of suppressing parts deemed objectionable on moral, political, military, or other grounds.”   (Source 1 / Source 2)

The brief overview below represents selections from the online resource Random History.

While books and other pieces of literature have been destroyed by accident or as an act of war throughout recorded history, one of the earliest acts of state-sponsored censorship conducted for the purported common good of the people came in 399 B.C. with the execution of Socrates. Philosopher and teacher in ancient Greece, Socrates was charged with corrupting the youth of Athens with his controversial teaching methods and drawing them away from the Greek religion. Sentenced to death for his actions, he was forced to drink a poisonous liquid containing hemlock. 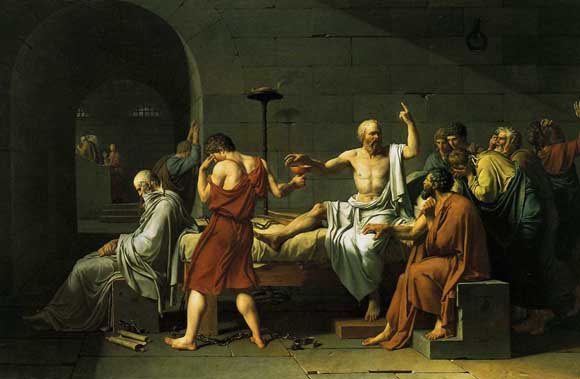 The Death of Socrates, Jacques-Louis David

In the ancient Roman Empire, censorship became an increasingly official duty, and it is there that the word “censor” was first introduced. The title of censor was given to a public official in the Roman government, and the office existed from 443 to 22 B.C. (Coetzee 1996). Coming from the Latin word censere—meaning to appraise, value, or judge—the chief job of the censor in Rome was to keep an accurate count, or census, of the citizens of Rome. Also listed with the censor’s duties, however, was the regulation and supervision of public morality. In the duties of this office, Roman censors (also known as castigatores or chastisers) had the power to determine if the actions of an individual were cause for degradation in citizenship or rank, regardless of the legality of such actions.

Actions that could be punished by the censor included continuing to live in celibacy when marriage and reproduction were more in the interest of the state, neglect in caring for one’s fields, and working in a disreputable trade or occupation (such as acting in the theater) (ibid). The censor could issue a variety of punishments depending on the transgression committed, and his power to censor and punish actions deemed immoral inspired both reverence and fear among the citizens of Rome. While the office of censor was eventually abolished from the Roman government, the idea that it was the obligation of the state to set standards for public morality would persist throughout history. 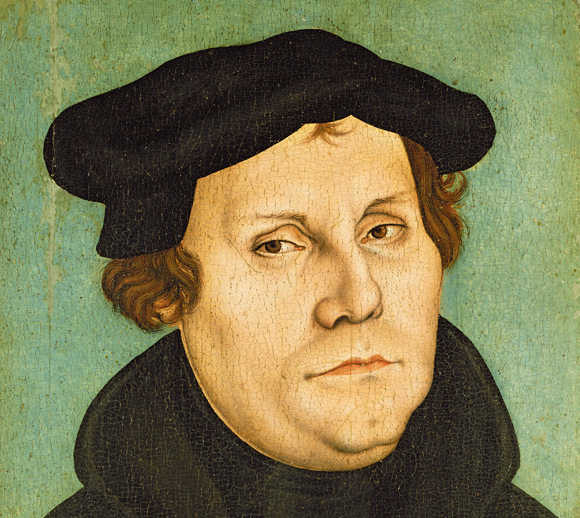 With the advent of the printing press in fifteenth-century Europe and the rise of the Protestant Reformation, the written works of “heretics” like Martin Luther were deemed by both the Church and the government as being quite dangerous to the public. In response to Martin Luther and others, the Roman Catholic Church issued the Index Liborum Prohibitorium in 1559, a list of books banned for their ideologically dangerous content. Under the guardianship of the Sacred Inquisition, thousands of books were banned and burned and their authors were tried for heresy and often burned at the stake.

Although the first wave of state-sponsored censorship had largely ended in Europe by the nineteenth century and was never firmly established in the United States at all, public concern for morality and safeguards against offensive literature did not cease. Censorship took a new form in the nineteenth and twentieth centuries in the banning of “inappropriate” books by public librarians, teachers, and citizen action groups in order to supposedly protect the innocence of children.

While libraries and schools were public institutions that were subject to the freedoms protected by the First Amendment of the Constitution, they were also still responsible to the public and its wishes for “appropriate literature.” Many books were banned from U.S. public libraries in the nineteenth century and well into the twentieth century, with Mark Twain’s The Adventures of Huckleberry Finn surprisingly being one of the books banned for “questionable content” in 1885 (Garry 1993). Even as recently as 1984, that novel was still under some scrutiny regarding its appropriateness for young readers.

Speaking of the year 1984, it is worth mentioning that George Orwell’s novel 1984 brought to life the idea of censorship through the thought-control of a totalitarian government.  It is amusing to note that Apple, the company involved in our case study, released this famous “1984” ad during that year’s Super Bowl, building its sales pitch around  the freedom of ideas. You will watch that advertisement in the next section.

The following video with First Amendment lawyer Floyd Abrams gives a quick overview of what is covered in our First Amendment, the amendment addressing the right to free speech.  Understanding this right will help you think through the specific case study which follows. 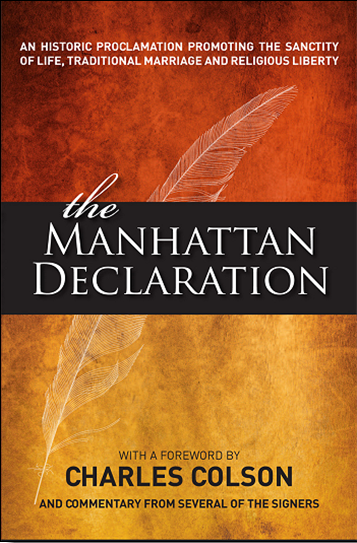 What Is the Expelled
Origins Debate? Do Free Markets
Promote Cooperation? Would You Write
the Truth?