Sometimes it’s the small things in life that surprise us and bring us to some new insight. Leonard Read, an American scholar and businessman, used a pencil. Before we get into his essay, here’s an introduction to his life and times.

Although American military might had crushed the armed forces of German National Socialism and Japanese Imperialism in World War II, many of their social and economic ideas survived unscathed. They were invading the United States through all channels of education and communication when Leonard E. Read decided to confront the ideological invasion. Together with a few friends and kindred souls he launched the Foundation for Economic Education on March 7, 1946, just a few months after the Japanese surrender.

Japanese surrender. Department of the Navy.

Leonard Read had faced Marxist and Keynesian thought as the Manager of the Los Angeles Chamber of Commerce, the largest in the U.S. In numerous Chamber publications he had refuted the Marxist charges of labor exploitation and worker abuse and impoverishment, and rejected the Keynesian contention of capitalist instability and mass unemployment. As the head of a new foundation, the sole purpose of which was information and education, Leonard Read would marshal new forces to join the battle of ideas.

Read devoted thirty-seven years of his life to heading up the Foundation for Economic Education. Sensing the danger that Keynesian and Marxist philosophies posed to the liberties enshrined in the United States Constitution, he used his expertise and influence to form a think-tank which was to become the model for several other foundations in the United States and abroad.

Accompanied by members of his senior staff, Leonard Read traveled millions of miles, giving speeches and lectures to eager audiences. He authored twenty-seven books, eighteen of which remain in print and are marketed by the Foundation. A skillful biography of Leonard E. Read: Philosopher of Freedom was penned by Mary Sennholz. (bio source)

One of the longest pieces Leonard wrote, perhaps with a pencil, was his little essay, “I, Pencil.” The rest of our experience will center on that piece. 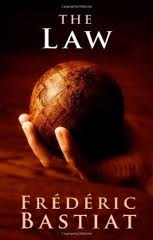 Are We on the
Road to Serfdom? Are You a
Libertarian? Does Capitalism
Hurt the Poor?