Do You Know
Basic Economics?

What is going to happen in the near and distant future when it comes to my money?  If you could get a clear and reliable answer to that question, you would be a coveted asset. Economists have been trying to put together the complex puzzle of economies at the local, national, and global levels for a long time.  But often they seem to speak a different language than the rest of us.  The 1940’s saw a number of books published espousing various views of how economics works on a large, or macroscopic, scale.  One of the more comprehensible books, Henry Hazlitt’s Economics in One Lesson, is a classic economic primer. Since its publication, it has become a fundamental influence on modern “libertarian” economics.

Considered among the leading economic thinkers of the “Austrian School,” which includes Carl Menger, Ludwig von Mises, and Friedrich (F.A.) Hayek, Henry Hazlitt (1894-1993) was a libertarian philosopher, economist, and journalist. He was the founding vice-president of the Foundation for Economic Education and an early editor of The Freeman magazine, an influential libertarian publication.  Hazlitt wrote Economics in One Lesson, his seminal work, in 1946. Concise and instructive, it is also notably prescient and far-reaching in its efforts to refute economic fallacies that are now so prevalent they have almost become a new orthodoxy.

Before beginning the following course experience, it might be beneficial to first read Hazlitt’s book.  You can find it on sale here, or you can read it in pdf format here.  Once finished, you can better engage in the following discussion of Hazlitt’s chapters.  The first session is Hazlitt himself reading the short opening section of the book.  This is the crux of the whole book and it sets the stage for each individual point.  After that, Jeffrey Tucker of the Von Mises Institute leads eleven short discussions with different professors of economics over the various sections of the book.  In keeping with Hazlitt’s focus, the discussions emphasize clarity, brevity, and simplicity.  At the end you should be able to say, “Yes!  I know basic economics.” 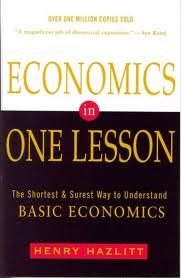 Economics in One Lesson Henry Hazlitt 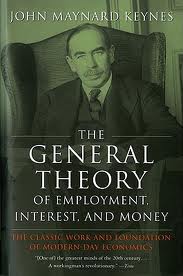 Are We on the
Road to Serfdom? Do Free Markets
Promote Cooperation? Is Prosperity
Really Good?