Why You Should Read “The Worst Books” 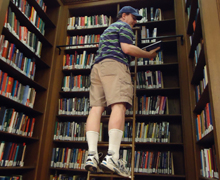 By Susan McWilliams | It’s great that you love the Great Books. But now it’s time to read some bad books.

And I don’t mean just any bad books. I mean the Big Bad Books. I mean the Worst Books: the books that you’re convinced are the undoers of civilization, the creators of destruction, the tellers of the most dangerous lies.

I want you to pick up the book that makes you most want to gag just to think about it—Marx and Engels’s Communist Manifesto? Judith Butler’s Gender Trouble? George Fitzhugh’s Sociology for the South? If no book comes to mind, go read ISI’s list of “The Fifty Worst Books of the Twentieth Century” or the Human Events list of “The Top Ten Most Harmful Books of the Nineteenth and Twentieth Centuries” and get some ideas.

Then hold your nose and read that book as slowly and carefully as you would read Shakespeare. Read it with respect. When you’re done, think of the next book you most love to hate, and read that one, too. Then read another bad book. And another. Lather, rinse, repeat.

I know that no self-respecting student of the Great Books wants to hear this advice, especially at first, when you’ve just started diving into what you’ve gathered to be the written wonders of Western civilization. Why would you want to put down a flute of the finest champagne to drink what you’re sure is a flask full of turpentine?

But the no-fooling, no-holds-barred, no-two-ways-about-it truth of the matter is: if you really want to love the Great Books, and you want to be faithful to them in spirit and style, you must fill your mind (and your bookshelves) with the words of those you least want to read. 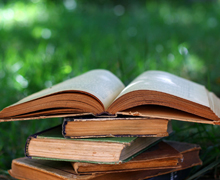 Learning from the Worst

Win arguments. In book 1 of Plato’s Republic, Socrates out argues Thrasymachus so well that he makes that well-known teacher of rhetoric blush. Socrates succeeds because he sees Thrasymachus’s argument to its core; he knows what Thrasymachus is likely to say before he says it. It’s as true now as it was then: the best debaters are people who know their opponents’ arguments better than their opponents do.

Hone your own beliefs. John Stuart Mill spends a good chunk of On Liberty talking about how any idea, if it goes untested long enough, becomes a “dead dogma.” True intellectuals, Mill argues, regularly test their ideas by confronting the hardest and most dangerous objections to them. If your ideas are correct, they won’t suffer by coming into contact with opposing claims. But if they’re not, in part or in full, then engaging with serious critique will help you refine and recraft your convictions.

Avoid groupthink. In Democracy in America, Alexis de Tocqueville worries that even the smartest of us in a mass modern democratic state defer too easily to the so-called wisdom of groups (which is rarely wisdom in any real sense). Just because other people—even if they’re people you trust—have led you to believe that a book is “the worst” doesn’t mean that they’re right, or that you should believe them without checking things out for yourself.

(You can also rely on Ralph Waldo Emerson here. Think of those terrific words in “Self-Reliance” when Emerson says, “He who would gather immortal palms must not be hindered by the name of goodness, but must explore if it be goodness. Nothing is at last sacred but the integrity of your own mind.”)

Get a fuller sense of the cultural, intellectual, and political traditions you have inherited. Edmund Burke’s argument in Reflections on the Revolution in France—that book we now regard as the ultimate conservative ­classic—turns in part on the claim that the healthiest polities make room for internal intellectual diversity. To serve the cause of liberty in modern civilization means having an appreciation for the full range of histories and possibilities within modern civilization. Don’t make the mistake that the French revolutionaries made and act as if there is only one right set of beliefs. Your antagonists’ intellectual traditions are tied up in yours.

“Take up and read.” Augustine heard those words as an omen, and they changed everything. In his case, he picked up the Bible: a book that terrified Augustine half to death for half his life. In the end, the book that scared him was the book that saved him.

Or remember what Socrates told the Athenian Assembly (as Plato tells it in his Apology): that he became the Socrates we revere today because he always searched for wisdom, even among people who he thought would prove not to be wise. He asked questions. He listened, even to the lowest of the low. And that activity, he said, showed his “devotion to the god”—his devotion to wisdom itself.

The greatness of the Great Books has at least something to do with the fact that they point you beyond their covers. To love the Great Books in full is to let them teach you to seek wisdom. And wisdom does not offer itself up to you effortlessly. It hides in phrases and pages that you must dare to examine. So read the best and the rest, my friend; just take up and read.

Why You Should Read “The Worst Books”