How Much Land
Does a Man Need?

To set the stage for our discussion, watch this scene from the 2006 movie Apocalypto.

Re-read the story told by the old man.

“And a Man sat alone, drenched deep in sadness. And all the animals drew near to him and said, “We do not like to see you so sad. Ask us for whatever you wish and you shall have it.” The Man said, “I want to have good sight.” The vulture replied, “You shall have mine.” The Man said, “I want to be strong.” The jaguar said, “You shall be strong like me.” Then the Man said, “I long to know the secrets of the earth.” The serpent replied, “I will show them to you.” And so it went with all the animals. And when the Man had all the gifts that they could give, he left. Then the owl said to the other animals, “Now the Man knows much, he’ll be able to do many things. Suddenly I am afraid.” The deer said, “The Man has all that he needs. Now his sadness will stop.” But the owl replied, “No. I saw a hole in the Man, deep like a hunger he will never fill. It is what makes him sad and what makes him want. He will go on taking and taking, until one day the World will say, ‘I am no more and I have nothing left to give.'”

Man often struggles to know his limits. Put a different way, he is greedy. Using a short story penned by Leo Tolstoy, this course experience examines the “hole” found in every man. Tolstoy, a Russian author born in 1828 and regarded as the founder of realist fiction, is best known for his novels War and Peace and Anna Karenina, arguably two of the greatest novels ever written. Tolstoy’s works are so well planned, written, and executed that his finished stories are widely regarded as perfectly formed narratives.

In addition to his famously long novels, Tolstoy also had a gift for short stories. His novella entitled The Death of Ivan Ilyich is praised as one of the best short novels ever written.  Another of his popular short stories forms the basis for this course. In How Much Land Does a Man Need? Tolstoy draws his audience into a great story, only to twist the knife of conviction at the conclusion, leaving the readers feeling indicted by its message.

Enjoy this journey, examining how much land—or anything else—a man truly needs and what his pursuit of material things might mean for the health of his soul. 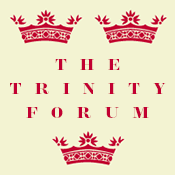 What Is Art? Leo Tolstoy 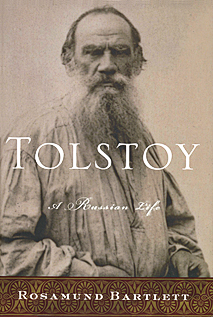 Tolstoy: A Russian Life Rosamund Bartlett The Greener Grass Conspiracy: Finding Contentment on Your Side of the Fence Stephen Altrogge

Why Do You
Need Poetry? Is Wisdom
Attainable? So...Are You
Grateful?