Why are Some Seeking a Reverse Form of Feminism Continued? 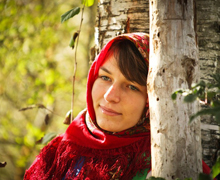 By Marty Manor Mullins | (Note: the first half of this article can be found here.)  Not all East European women, therefore, maintain the traditional outlook on gender roles that Dunn’s co-workers did. Dunn herself alludes to this when she describes her experience as a “participant observer:” “There are no guarantees that what is true of one small village or even one large firm is true more generally.”15

Additionally, I believe age and location influenced the women in Dunn’s study. Just as in America, social expectations in Eastern Europe differ according to generational perspectives and proximity to urban environments, not to mention the impact of Western media on popular notions of “a woman’s place.” Dunn’s female colleagues on the shop floor were largely middle-aged working mothers and grandmothers living in Rzeszów, Poland, a small, somewhat isolated city in the southeastern part of the country where conventional values most likely trumped modern feminist ideals.

Stulhofer and Sandfort corroborate this idea by noting that the legacy of gender roles reinforced under Communism “is probably still alive among the older generations, but a host of changes brought about by the historical opening of the societies in Central, Eastern, and Southeastern Europe began shaping a new gender order.”16 Thus, while I observed numerous working women in the area who, regardless of age, embraced traditional gender roles, there are certainly examples of those who have alternate ideas of female responsibilities. 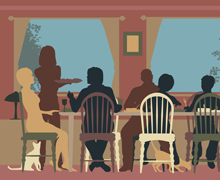 Resonating with my experience, Dunn perceives that many Polish women also consider feeding their children and husband and creating a home environment as natural parts of their identities as females. Dunn’s female co-workers believed the responsibility for feeding one’s child stems from the biological function of the mother who breastfeeds her child, as multiple Catholic images of the mother of Christ depict. According to the (male) authors of an article in the Polish Catholic intellectual journal Znak, women’s role as nurturer stems from a natural law concept:

Woman creates a home because that is how she is. . . . Just like the milk with which a mother feeds a child isn’t intentionally created by her so that she can breastfeed, but rather is made because it is her biological nature. It isn’t the woman as a conscious acting being who makes milk; her female organism creates it as a natural function.17

This function as food-provider and cultivator of the home does not come without sacrifice, however. Dunn cites a report revealing that in 1984, Polish women spent 30.5 hours per week on household chores, whereas Polish males spent only 7.7 hours on such tasks.18 As a teacher in the Slovak public school system, I heard multiple complaints from female colleagues who taught a full day at school, stopped at the grocery on the way home, continued teaching private lessons from their homes in the late afternoon, prepared a light dinner for the family, worked on the laundry or housecleaning, and finally went to bed. All this while their husbands watched TV or occupied themselves in front of the computer. Scholars of the region have long referred to this as the “double burden” women bore under Communism, where they commonly worked a full day outside the home only to labor over the family cooking, housekeeping and laundry inside the home until bedtime.

Paradoxically, many of my colleagues as well as the women in Dunn’s study seemed to genuinely enjoy cooking, shopping at the market, gardening and even cleaning. My colleagues often brought in homemade cakes, pickles, jams or vegetables from their gardens for our officemates to consume. One of Dunn’s colleagues on the factory floor insisted that cooking for her family, even after an exhausting day, was something she and her family prized:

And that’s what my children like: the way I cook. . . . when I give it [my cooking] to my children or my guests, I’m giving them a part of myself, a part of my personality. . . . Feeding your children . . . is a moment of real caring between mother and child, just like holding them or rocking them. That’s why we do it.19

Another of Dunn’s colleagues even took it upon herself to spoon-feed her four-year-old daughter simply because the mother wanted to enjoy this moment of intimacy with her youngest child.20 Ironically, when asked how they perceived the identity of Polish women, most of the men and women Dunn interviewed emphasized not a woman’s identity as “working woman” but as domestic being: “They glossed over women’s extradomestic employment while focusing on women’s roles as mothers and homemakers.”21

Moreover, numerous women in Eastern Europe spend a significant portion of the weekend working on their private garden plots located on the outskirts of town or in nearby villages. In today’s economy, most of these women do not need the extra produce their gardens supply (as they did under Communism), yet they continue to expend time and energy on what they primarily see as a means of relaxation and exercise. That they do not object to this extra labor stems perhaps from the Communist era when individuals separated workplace from home as a way to distinguish between what the state owned and monitored and what belonged to them. As Dunn summarizes, “Women’s labor in the działka [garden plot] took on the same political coloration as their work in the house: by creating a space bounded off from the intrusions of the state, they carried out a practical domestic resistance.”22 Even after 1989, a number of East European academic and popular writers actually criticized the Western view of feminism, “because they feel that it discounts the important role women played in maintaining the sheltered, nonstate, private space of the home.”23

East European women differ greatly from Western feminists in their view of what it means to be a woman. Although most East European women work outside the home until retirement age, many also take pleasure in the demanding responsibilities of feeding their families and nurturing a home atmosphere. Informed by Communism’s legacy, economic considerations, the influence of religion and social institutions, as well as age and urbanity, many East European women embody the reverse feminism endemic to the region. They celebrate the modern cultural ideal of sexual equality while also practicing their own version of a more traditional feminism—one that demonstrates an unusual pride (by today’s Western standards) in women’s unique biology and roles.

Are You a Feminist?

Is There Sex that is Not Good?