What Lana Del Rey Doesn’t Get About Norman Rockwell 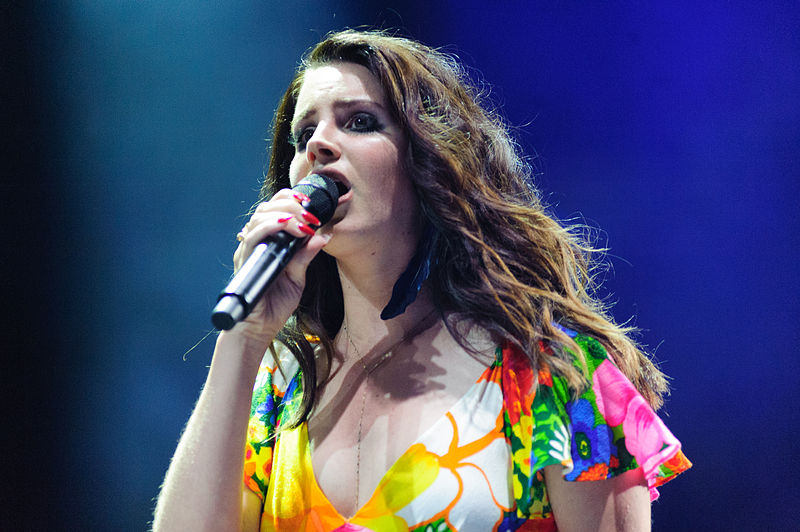 During a layover on a recent trip, I was browsing the paperbacks and magazines at one of the outlandishly overpriced bodegas that one finds in any airport in America nowadays. Apart from the usual glut of faux-angsty pulp novels and historical romances, I noticed no fewer than three books that used the F-word—in the title. It seems we really have arrived at the end of history, for all that is apparently left to humanity is to utter expletives into eternity.

I was reminded of this sad eddying of culture when I saw a new album by pop sensation Lana Del Rey. The title, as is now customary, contains the F-bomb. Hailed as a work of genius by music critics, “Norman Fucking Rockwell” (which features such hits as “Fuck It I Love You”) is taking the music world by storm, probably in no small part because of the unstudied ease with which Del Rey cusses her way through each song. Just like so many others of her generation, she uses language that translates into a long series of bleeps—it’s what passes today for art. One gushing review called her “one of America’s greatest living songwriters.” 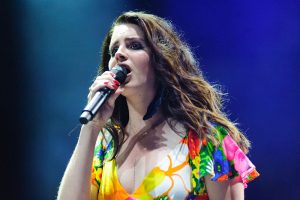 So is there any real meaning behind the sailor talk?

The crude lyrics and the ironic gesture towards the famous illustrator are meant to convey an immediacy of world-weariness, a there-but-not-there drifting through the emotional slaloms of life. “Aren’t we just a pretty picture?” Del Rey is asking, with just a soupçon of bemused self-awareness flitting across her campy delivery. “Isn’t this a great big happy Norman F—— Rockwell kind of a life?”

This insistence on using Norman Rockwell as a foil to point up the metallic-tasting ennui of our media-saturated present begs the question: who was Norman Rockwell? And why are hipsters comparing themselves to him? For cultivators of civilizational corrosion, Rockwell is probably the representative of all that is hopelessly outdated, a way of life that is gone for good—white-bread patriarchy and gender oppression and all that. The dead hand of the past in earth tones and ruddy, plain faces. But consider the years in which he was active. And consider the artist himself. If anyone lived a “Norman f****** Rockwell” kind of life, it was Norman Rockwell.

Rockwell’s paintings—of earnest Boy Scouts, first school dances, and kindly grandfathers lazing away over fishing poles—are famous for depicting the goodness of America and the innocence of small-town life at mid-century. His Saturday Evening Post covers are warm vignettes of good-hearted simpletons at play, clean-shaven pillars of local communities lending helping hands to neighbors in need, and right-as-rain workingmen putting in honest days on the job. This is the America that was never supposed to have been, according to the woke 1619ers of the present time.

Norman Rockwell painted all of these scenes of uplift, but he certainly didn’t live them. Married three times, widowed once and divorced twice, he was in the chilling embrace of despair at least as often as he was out of it. He looked endlessly for a better world in the rectangle between the canvas stretchers, but when he looked within it was hardly the butterflies of a kiss on a first date or the soft-lit glow of Santa Claus placing presents under a Christmas tree. Rockwell was not Pollyanna. He was a real man, and he had more than his share of the heartbreaks and rejections that Lana Del Rey seems to think are unique to her own time.

Norman Rockwell’s self-portrait is the only time he really lived in the pictures he made. More so, the times in which he lived could be a terror, filled with darkness and despair. Rockwell’s painting of a little black girl in a white dress and pigtails on the first day of school under desegregation is a horror, but also a message of humility and hope for our times.

His picture of a dinner table groaning under the weight of a Thanksgiving feast was from a time when it was by no means guaranteed that families would be able to fill their stomachs before going to bed. His sketch of a grandmother and her young grandson bowing their heads at a diner to ask the blessing while some curious young toughs look on depicts an age in which nearly everyone was losing their religion, one way or another, and prayer was trickling out of the American experiment.

And when Rockwell painted soldiers, they weren’t about to go wheel around in the draft board parking lot in endless drills. They were destined to board Higgins boats and get shot to pieces climbing the cliffs at Pointe du Hoc. Norman Rockwell wasn’t perfect, and neither was his century—far from it.

What Rockwell did with the misery he knew in his own heart and the hatred he saw with his own eyes was not to make an eye-of-newt stew out of it, or strew it about like a Jackson Pollock painting, where one pulls all the entrails out of one’s psyche and shows the world how broken and “f****d up” one is. Quite the opposite. It was the vote Rockwell cast, in his life and in his brushwork, in favor of decency, that carried the day and brought him through.

Millions of others did likewise, in their own way and buoyed also by the paintings of the man with the eye for purity of heart. And the country was a better place for it. Norman effing Rockwell wasn’t a caricaturist. He wasn’t an expressionist, either. He was a visionary of hope. He had the courage to see something bad, and then imagine, and believe, that it could be better.

Our age of irony scoffs at such an attitude. But for all their ridicule of hope, it’s really the Norman f****** Rockwell life that even jaded pop stars long for deep down. “Hope is a dangerous thing for a woman like me to have,” Del Rey sings, “but I have it.” Norman Rockwell would have understood perfectly.

What Lana Del Rey Doesn’t Get About Norman Rockwell