Was America Established
As a Christian Nation?

The question of this course experience demands a great deal of definition up front.  Both those who quickly answer “no” or “yes” often do not take care in clarifying the terms of their answers and thus can easily be misunderstood.  For example, the fringes usually advocate for an absolute answer: either that “America is fully Christian” or that “America is fully secular.” However, there is perhaps a more nuanced response to the question that lies in between these two edges. In this course we will investigate our question from several angles.  But first, it will help to map out the overall responses to this question.

This debate is a hot topic for both sides. Not only does it constitute a crisis of religious identity, but it also serves as fodder for political controversy. News talk programs all over the ideological spectrum lit up after President Barack Obama made the following statements at a joint press conference with the President of Turkey.

On one hand, our nation was forged in the crucible of the Judeo-Christian worldview shared by the majority of the European immigrants who colonized the continent.  When those settlers founded our nation, one of its most central tenets was that the institutions of Church and State would be kept separate.  The documents, currency, motto, anthems, and memorials of our nation have all shown our continuing commitment to that beginning.  This view is well framed in the following short video:

Continuing in that vein, we can observe that all moral positions are developed from ethical beliefs.  American laws reflect the principles that influenced its lawmakers.  Clay Christensen, the Kim B. Clark Professor of Business Administration at the Harvard Business School, addresses that topic below. (Source) 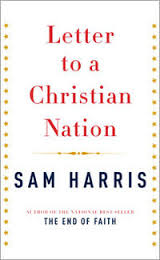 Are We Experiencing a
Free People's Suicide? How American
Are You Really? Is Historical Revisionism
a Serious Problem?