The Solution to Inequality: Exile the Rich 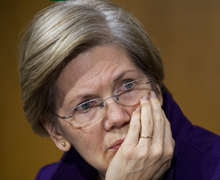 By David Azerrad | Potential presidential candidates looking to make a splash should consider the following bold proposal to solve our inequality problem once and for all: exile the top 0.1% of income earners. Round up all 136,080 taxpayers who make more than $2.16 million a year and ship ’em off to whatever country will accept them. Presto. Problem solved.

We’d still, of course, have inequality in America. But we’d at least have brought it back to the healthy 1960s’ levels that Paul Krugman and Elizabeth Warren nostalgically pine for. The 0.1 percenters, whose growing incomes have been fueling the rise in inequality over the past several decades, will have vanished overnight. 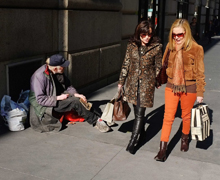 This proposal will surely strike many as extreme. But drastic times call for drastic measures. President Obama, after all, has called growing inequality “the defining challenge of our time.” Krugman agrees and notes that “the increase in U.S. inequality has no counterpart anywhere else in the advanced world.”

Never mind that, according to surveys, most Americans couldn’t care less about an abstract statistical trend stretching over decades. In a Politico poll in the lead-up to the last election, only 1 percent of voters thought inequality was the most important issue. But, as Obamacare architect Jonathan Gruber might say, we should not let “the stupidity of the American voter” get in the way of advancing progressive policies.

While exiling the wealthy will do wonders for inequality in America, it will put a serious dent in the government’s finances. Almost one in every five tax dollars that the government collects comes from the 0.1 percent. To make up for the shortfall, we should probably also confiscate all their assets before exiling them.

What about the jobs the 0.1 percenters create and the value they add to the economy? After all, we’d be losing all but twelve of the CEOs from the 300 largest companies in the country. The show business industry would collapse overnight with all the star talent in exile. Gone too would be the best investment bankers, financial consultants, surgeons and lawyers. One third of the NFL’s roster and well over half of the NBA’s roster would also be culled.

Since the confiscated wealth of the 0.1 percent won’t be enough to make up for the ensuing economic shortfall over the years, we will need to generate more revenue. That could be done rather easily by auctioning off the top-earning Americans to the highest foreign bidder.

One man’s 0.1 percenter is another man’s business maven, job-creator or international superstar. We should be able to fetch top dollar for our economic elite. Heck, we could even get bidding wars started between ambitious third-world countries for our best CEOs.

Alas, dispossessing, exiling and auctioning off the richest of the rich won’t settle the matter once and for all. Insofar as much of their income gains have been driven by forces beyond our control, like globalization and technological change, a whole new class of 0.1 percenters will inevitably reconstitute itself.

We’ll need to go through these purges every five to 10 years. And also bring the marginal tax rate back to 70 percent where it stood until 1982 to discourage people from making too much money.

Only then will we have finally reined in inequality. Mind you, life prospects will not have improved for a single poor child born into a broken community with failing schools. Or for a single recent college grad crushed by debt and facing dim job prospects. Or for a single family struggling to make ends meet.

Nor will any of the domestic challenges facing the country have receded. It won’t be any easier to start a business or to find a job. Four in 10 children will still be born out of wedlock. Our entitlements will still face unfunded liabilities of almost $50 trillion. And a new class of 0.1 percenters—poorer than their predecessors, but still formidably richer than the average American—will continue to spend millions on elections.

We will however be able to boldly proclaim that we have addressed “the defining challenge of our time.” Our country will in no way be better off. But we will have satiated our lust for equality.

The Solution to Inequality: Exile the Rich