What is the Next Religious Liberty Case? 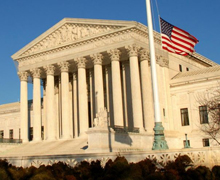 By David Skeel | After Hobby Lobby, a Christian college asked for a different kind of exemption. Then came the backlash.

When D. Michael Lindsey, the president of a well-known Christian college in Wenham, Mass., called Gordon College, signed a letter to President Barack Obama with 13 other religious leaders on July 1, he can’t have known what he was getting into.

The letter urged the president to exempt religious groups from an executive order that will bar the government from contracting with organizations that discriminate on the basis of sexual orientation or gender identity. A week earlier, numerous other religious leaders—including many college presidents—had sent a similar letter. 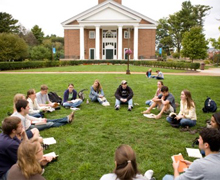 Students gather on the green at Gordon College

But that was before the Supreme Court’s sharply divided Hobby Lobby decision holding that the Affordable Care Act’s contraception mandate violated the religious-freedom rights of several for-profit corporations. Now it seems Gordon College has stirred up another big religious-freedom controversy.

The Obama administration announced its intention to issue the nondiscrimination order several weeks before the Hobby Lobby decision, after the House failed to pass the Employment Non-Discrimination Act, which would prohibit sexual orientation or gender identity discrimination in all employment contexts.

But the administration was waiting to see how the court would rule in Hobby Lobby. Though the decision did not involve sexual orientation, and for-profit corporations are not the focus of the executive order, Hobby Lobby might provide clues about the scope of religious freedom. But the Hobby Lobby majority carefully sidestepped the issue, emphasizing that the ruling applied only to a few forms of contraception at issue in the case.

Despite its silence on sexual orientation, Hobby Lobby‘s vindication of religious-freedom rights emboldened the leaders to send their letter. “We must find a way,” they wrote, “to respect diversity of opinion on [sexual orientation and gender identify issues] in a way that respects the dignity of all parties to the best of our ability.”

Media coverage in the Boston area quickly shifted from Michael Wear, a former Obama campaign official who spearheaded the letter, to Mr. Lindsay and Gordon College. The principal flash point was Gordon College’s code of conduct, which forbids its students and faculty from engaging in sexual activity except in a heterosexual marriage. The day after the letter, the city of Salem announced that it was canceling a contract Gordon has to use Salem’s Old Town Hall. Salem cannot work with “an institution that enables, and now advocates for, discrimination,” the mayor wrote.

The divisions didn’t end there. More than a hundred current and former students signed a letter urging Gordon to rescind its call for a religious exemption, and more than 3,000 people signed an online petition. Even the regional college accreditation agency—the New England Association of Schools and Colleges—has taken note. The Boston Business Journal reported that the Gordon controversy will be on the agenda when the agency meets in September. (The agency later clarified that Gordon’s accreditation is not at risk.)

Mr. Lindsay and Gordon College are unlikely magnets for the attention. A highly respected sociologist who made his reputation studying America’s business and cultural leaders and running an institute at Rice University, Mr. Lindsay likely travels in some of the same circles as the president himself. In his three years as Gordon’s president, Mr. Lindsay has steered clear of hot-button issues.

“In general practice,” he wrote on Gordon’s website after the controversy erupted, “Gordon tries to stay out of politically charged issues, and I sincerely regret that . . . Gordon has been put into the spotlight in this way. My sole intention in signing this letter was to affirm the College’s support of the underlying issue of religious liberty.”

An executive order that did not include a religious exemption might be upheld by the courts, since the government has broad powers when it comes to spending. But it would be a sharp break from political precedent. In 2002 President Bush signed an executive order decreeing that faith-based organizations be permitted to “participate fully in the social service programs supported with Federal financial assistance without impairing their independence, autonomy, expression, or religious character.” The Employment Non-Discrimination Act itself, as passed in the Senate before stalling in the House, also included an explicit exemption for religion.

If Gordon College fades from the news in the coming months, this likely will mean that pluralism is working. If not, it or another institution like it may find its name in the caption of the next big Supreme Court religious liberty case.

The Next Religious Liberty Case