Is the 2nd Amendment
Worth Protecting?

Reasoned debate is foundational to any democracy. However, when emotions run high and biases abound, it is sometimes very difficult to have civil discussion.  Yet lives may very well depend on it. As headline after headline reminds us of the necessity for productive Second Amendment conversations, it is imperative that concerned citizens pursue both accurate analysis of the facts and helpful solutions. Though two individuals may both value life and human flourishing, they may have very different positions on the right to own and carry firearms.  The Second Amendment to our Constitution guarantees citizens the right to bear arms.  But is that right only leading to heinous acts of violence against innocent citizens?  Is it a fundamental pillar of liberty? Consider this YouTube video concerning this debate—a reworking of a popular anti-gun advertisement with a twist.

Though media biases, personal experiences, social media, and a host of other issues make rational discussion difficult, it is still necessary. While it is a simplification to suggest there are only two sides to this debate, this course highlights the two major camps, into which most individuals will generally fall. Entertain their arguments, and then examine the legitimacy of the reason and logic used. Ask yourself, “Is the Second Amendment Worth Protecting?” 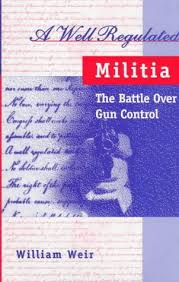 Are We Experiencing a
Free People's Suicide? What Is Traditionalism
& 'Ordered Liberty'? Should Marriage
Be Redefined?