The Literature of Pestilence 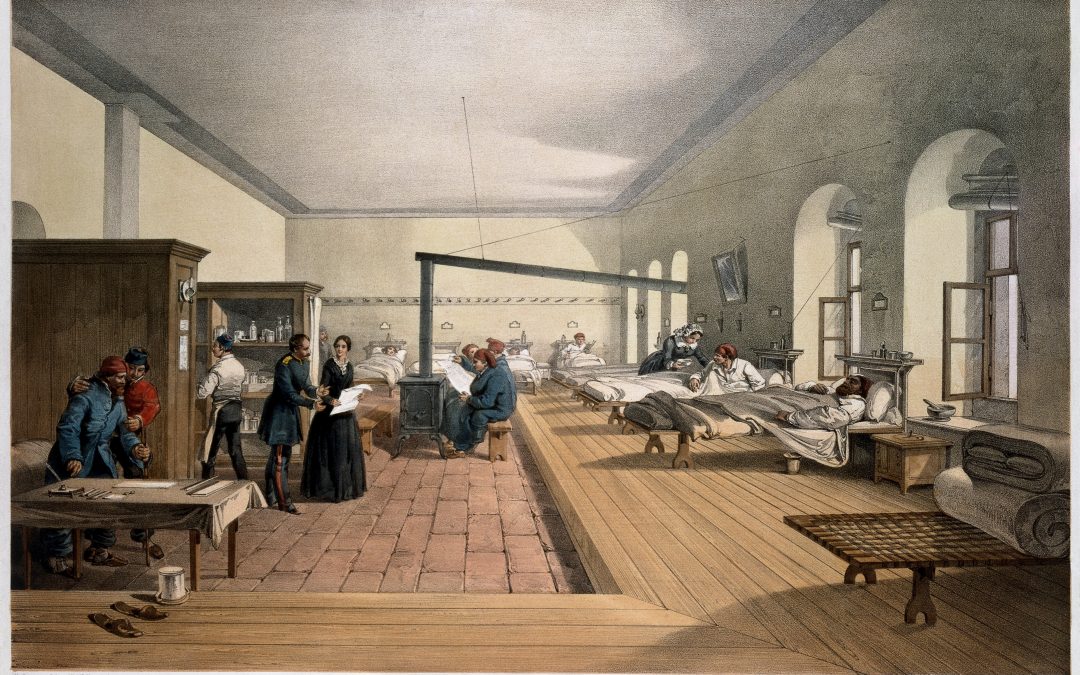 During this pandemic, which has been documented nearly to exhaustion, two themes have captured my attention. The first is the difference between old and new plagues; the second is the literary history of pestilence. As a college professor specializing in medieval literature, I find the two topics merging in my mind. In this time of social isolation, I have revisited several classic plague texts. I offer here a few thoughts on what they illumine about our own times. 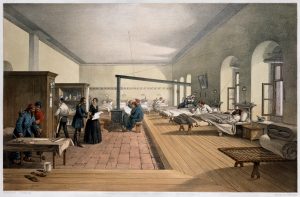 “Out of the frying pan into the fire!” is one of the themes of our rich plague literature. I think particularly of the “happy and prosperous and sagacious” Prince Prospero of Poe’s “Masque of the Red Death”: “When his dominions were half depopulated, he summoned to his presence a thousand hale and light-hearted friends from among the knights and dames of his court, and with these retired to the deep seclusion of one of his castellated abbeys.” There, behind iron gates welded shut, the prince would discover that there was a thousand and first guest, uninvited.

Poe’s “moral” use of the plague as the ironic punishment of the vain and arrogant who would pretend to master it is the most authentic feature of his otherwise hokey medieval trappings. Here, as in so much else, the master is Chaucer. “Death,” as in the “Black Death,” was already a synonym for pestilential disease in Old English, and that is the Death personified by Chaucer in the “Pardoner’s Tale.” Three boorish roughnecks rush out to find and kill Death—an idea that has spiritual elegance in the Apostle Paul and John Donne, but works less well for the louts. It turns out—in the memorable words of a sermon billboard I once saw—“Despite inflation, wages of sin still death.”

The horrors of “acts of God” as revealed in major and recurrent epidemics must have challenged the faith of many premodern Europeans, much like the Lisbon earthquake of 1755 spoiled the naïve Christian belief of the young Goethe. By then the problem of theodicy—how can the belief in a just God be reconciled with the mass suffering of innocents?—had become a major stumbling block for intellectuals. It was hardly new even in Job’s day. In the violent chaos of the succession crisis following the death in 1135 of Henry, son of William the Conqueror, a minor pestilence was only one of the factors that led a chronicler to write that the land was so anarchic, men said that “Christ and his saints slept.” What was hoped to be a temporary circumstance in the twelfth century—a nap, so to speak—is of course the permanent state of modernity’s deep spiritual coma. The spiritual implications of plague have not been a major topic of our pandemic discussions, though they are prominent in the premodern accounts. As in the Theban plague that paved the way for Oedipus’s downfall, premodern Christian commentators generally saw Death as an expression of just divine displeasure.

DeFoe’s Journal of the Plague Year, a well-researched historical novel published in 1722, closely details measures taken by the civil authorities during the London Plague of 1665–6, measures that resemble those advocated by Anthony Fauci. The seventeenth-century medicos were ignorant of modern microbiology, but they were ferocious about isolation or “social distancing.” It was coercive and indiscriminate, not voluntary. Any domicile known to house an infected person was marked with a large red cross, locked down, and provided with two wardens whose task was to allow no one to leave the house under any circumstances. There was a nearly complete collapse of the social organization of the corporal works of Christian charity, whether ecclesiastical or civic. The fear of contagion trumped all else.

We have learned how difficult it is to practice “social distancing,” almost as difficult as it must have been for our ancestors to rationalize its compatibility with the commandment to love your neighbor. After all, to embrace humanity must necessarily mean to embrace it in two of its most salient features: morbidity and mortality. There is a kind of ethical paradox here, paralleled in the history of early Christian asceticism. How is it that the most radical forms of isolated life, pursued by men who fled from the cities to live alone in the deep desert in abandoned animal lairs and atop stone pinnacles, became the enduring models of the highest Christian perfection?

The Testament of Francis of Assisi, composed when he was close to death, is perhaps the most important of his written works. It details his thoughts on the sustainability of his religious vision and whether it could actually be continued by the burgeoning order he had founded. “This is how God inspired me, Brother Francis, to embark upon a life of penance,” he begins. “When I was in sin, the sight of lepers nauseated me beyond measure; but then God himself led me into their company, and I had pity on them. When I once became acquainted with them, what had previously nauseated me became a source of spiritual and physical consolation for me. After that I did not wait long before leaving the world.”

His Latin phrase, exivi de saeculo (I left the world), refers not to his physical death but to his conversion to religious life. The world (mundus or saeculum) is one of the “three enemies of mankind” (the other two being the flesh and the Devil), which every Christian renounces at baptism. Francis could hardly offer us a more vivid paradox: to leave the world is to minister to its most terrifying infirmity.

The Literature of Pestilence