How Do People
Overcome Adversity?

What does it take to overcome adversity in your life? How do you respond to obstacles that come between you and your goals? What does it mean to be an “overcomer”? Perhaps the best way to answer these questions is to consider the example of one who has persevered through much difficulty to accomplish great things.

Dr. Benjamin Carson is an overcomer. In this course, you will see this characteristic clearly displayed in his amazing life.

Benjamin Carson was born in Detroit, Michigan. His mother Sonya had dropped out of school in the third grade, and married when she was only 13. When Benjamin Carson was only eight, his parents divorced, and Mrs. Carson was left to raise Benjamin and his older brother Curtis on her own. She worked at two, sometimes three, jobs at a time to provide for her boys. Benjamin and his brother fell farther and farther behind in school. In fifth grade, Carson was at the bottom of his class. His classmates called him “dummy” and he developed a violent, uncontrollable temper. 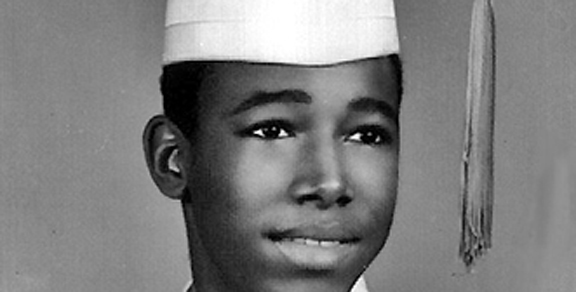 Within a few weeks, Carson astonished his classmates by identifying rock samples his teacher had brought to class. He recognized them from one of the books he had read. “It was at that moment that I realized I wasn’t stupid,” he recalled later. Carson continued to amaze his classmates with his newfound knowledge and within a year he was at the top of his class.

The hunger for knowledge had taken hold of him, and he began to read voraciously on all subjects. He determined to become a physician, and he learned to control the violent temper that still threatened his future. After graduating with honors from his high school, he attended Yale University, where he earned a degree in psychology.

From Yale, he went to the Medical School of the University of Michigan, where his interest shifted from psychiatry to neurosurgery. His excellent hand-eye coordination and three-dimensional reasoning skills made him a superior surgeon. After medical school he became a neurosurgery resident at the world-famous Johns Hopkins Hospital in Baltimore. At age 32, he became the hospital’s Director of Pediatric Neurosurgery, a position he would hold for the next 29 years.

In 1987, Carson made medical history with an operation to separate a pair of Siamese twins. The Binder twins were born joined at the back of the head. Operations to separate twins joined in this way had always failed, resulting in the death of one or both of the infants. Carson agreed to undertake the operation. A 70-member surgical team, led by Dr. Carson, worked for 22 hours. At the end, the twins were successfully separated and can now survive independently.

Carson’s other surgical innovations have included the first intra-uterine procedure to relieve pressure on the brain of a hydrocephalic fetal twin, and a hemispherectomy, in which an infant suffering from uncontrollable seizures has half of its brain removed. This stops the seizures, and the remaining half of the brain actually compensates for the missing hemisphere. 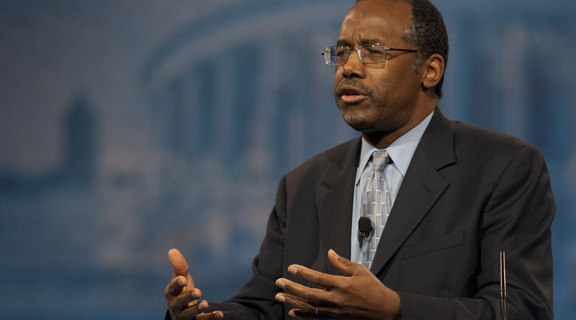 In addition to his medical practice, Dr. Carson is in constant demand as a public speaker, and devotes much of his time to meeting with groups of young people. In 2008, the White House announced that Benjamin Carson would receive the Presidential Medal of Freedom, the nation’s highest civilian honor.

Dr. Carson’s books include a memoir, Gifted Hands, and a motivational book, Think Big. Carson says the letters of “Think Big” stand for the following:

Talent: Our Creator has endowed all of us not just with the ability to sing, dance or throw a ball, but with intellectual talent. Start getting in touch with that part of you that is intellectual and develop that, and think of careers that will allow you to use that.

Insight: It comes from people who have already gone where you’re trying to go. Learn from their triumphs and their mistakes.

Nice: If you’re nice to people, then once they get over the suspicion of why you’re being nice, they will be nice to you.

Knowledge: It makes you into a more valuable person. The more knowledge you have, the more people need you. It’s an interesting phenomenon, but when people need you, they pay you, so you’ll be okay in life.

Books: They are the mechanism for obtaining knowledge, as opposed to television.

God: Never get too big for Him.

Dr. Carson opposed passage of the federal Affordable Care Act of 2010, often called the ACA or Obamacare. After retiring from his position as Director of Pediatric Neurosurgery at Hopkins in 2012, Carson began to speak more frequently on other public issues and emerged as a vocal critic of the Obama administration. In the news media and political circles, he attracted considerable attention as a possible candidate for public office, and retired entirely from medical practice in 2013.

In May 2015, Dr. Carson ended several months of speculation by announcing his intention to seek the Republican Party’s nomination for President of the United States. He led the polls for a brief period preceding the Iowa Caucus, but after a disappointing showing in that contest and early primaries he suspended his campaign and endorsed former rival Donald Trump for the Republican nomination.

Following Trump’s election in 2016, the President-elect nominated Dr. Carson to join his cabinet as Secretary of Housing and Urban Development.  Although Dr. Carson had no previous experience serving in government, the Senate confirmed his appointment in March 2017, and Dr. Carson assumed leadership of the federal department charged with combating urban decay and assisting America’s renters and homeowners.

Ben Carson’s inspirational story has been made into a movie, “Gifted Hands.” Watch the film’s promotional video below:

So...Are You
Grateful? Can You Walk
with Malala? Do You Have a Life
Stewardship Strategy?