The Inertial States of America 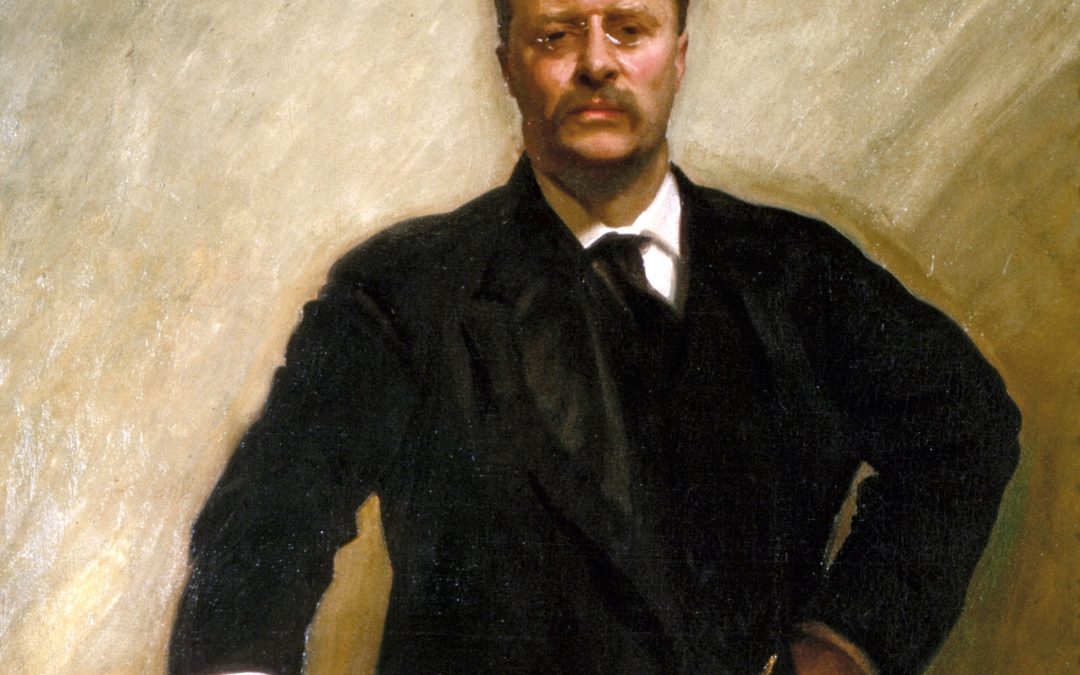 I often file things that I read in my growing collection of 100-year-old magazines—in bound volumes, six months apiece, 1,000 large pages in small font—under the category, “Different World.” Such is an article from The Century Magazine, January 1900, called “Fellow-Feeling as a Political Factor.”

Its author knew a lot about political warfare, having long fought the machines in his native New York. Those who worked the levers of the machines were about to try to ruin him by promotion, pushing in that summer’s Republican convention for his nomination as candidate for vice-president. But things did not work out as they had planned. President McKinley was shot to death in 1901, and their worst nightmare, Theodore Roosevelt, rose to the highest office in the land, and he was determined, with his boundless energy, to put its powers to use. 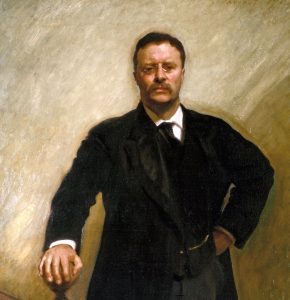 “Neither our national nor our local civic life,” he says, “can be what it should be unless it is marked by the fellow-feeling, the mutual kindliness, the mutual respect, the sense of common duties and common interests, which arise when men take the trouble to understand one another, and to associate together for a common object.”

The objects he had in mind were not abstract. They were things like building the New Croton Dam to bring potable water to the largest city in the world, or storming San Juan Hill in the Spanish-American War, or mapping glaciers with John Muir in Alaska, or driving herds of cattle from the prairies to the stockyards in Chicago. In other words, they were the kinds of things men in large numbers no longer do.

Roosevelt had that bluff manliness that sat well with men who worked hard, spoke their minds frankly, kept themselves clean, and sought out the zest of difficulty or danger. Such men formed an aristocracy without distinctions of income, creed, race, or class. When he explains what he means by fellow-feeling, he turns to his own varied experiences as a young man fresh from Harvard, traveling west:

Outside of college boys and politicians my first intimate associates were ranchmen, cow-punchers, and game-hunters, and I speedily became convinced that there were no other men in the country who were their equals. Then I was thrown much with farmers, and I made up my mind that it was the farmer upon whom the foundations of the commonwealth really rested . . . Then I saw a good deal of railroad men . . . I grew to feel that, especially in their higher ranks, they typified the very qualities of courage, self-reliance, self-command, hardihood, capacity for work, power of initiative, and power of obedience, which we like most to associate with the American name.

So it goes on. His point is well taken. It is good for a cow-puncher’s son to go to Harvard. It may be better for the Harvard scion to go out west among cow-punchers, and not just for the rich boy, but for the nation, that we might be one in truth rather than just on paper; and the rich boy will learn a great deal in the bargain.

“There is no patent device,” Roosevelt says, “for bringing about good government.” No jiggering of the electorate will do it. No legislative machinery will do it. Wise laws will help, and foolish laws will hurt, but “the betterment must come through the slow workings of the same forces which have always tended for righteousness, and always will.”

That is the Progressive Roosevelt you are hearing, who today sounds as if he were a member of the John Birch Society. If we are not righteous—and Roosevelt implies that the moral law is what it has always been—then any unity we boast will be fragile or factitious.

Where is now our righteousness? Hollywood was always part in the shade; it is now pitch dark. Our schools make up in soul-smothering routine and inhumanity what they lack in knowledge, and the morals are worse still. We have reversed the wisdom of Solomon and now saw children in half, to satisfy the feelings of their irresponsible parents.

What happens, though, when men come together as Roosevelt suggests? Here the boy is father to the man, as Teddy always would believe. So he praises the public school not mainly for the uniformity of instruction, but for what happens in the schoolyard outside:

When in their earliest and most impressionable years Protestants, Catholics, and Jews go to the same schools, learn the same lessons, play the same games, and are forced, in the rough-and-ready democracy of boy life, to take each at his true worth, it is impossible later to make the disciples of one creed persecute those of another.

The rough-and-ready democracy of boy life: that is gone. There is no boy life. We make sure of that, and our polity suffers for it.

Athenian democracy depended upon the gymnasium, which functioned as school and athletic arena and military training ground. When you are stripped for the arena, you can’t tell rich man from poor, but you can tell the strong from the weak, and the brave from the timid. The boy who stands up for his rights or, better still, for the rights of a smaller boy against a bully, wins the esteem of his fellows, and if he had in Teddy’s time to win it with his fists, so much the better. Nowadays, a boy of no special intelligence or athletic prowess will hardly ever be in the company of a large group of boys doing something interesting or risky. He will not be noticed at all, unless perchance he begins to put on lipstick and a skirt. Then we throw him a party.

But this boyish democracy is or should be a foreshadowing of the grown man’s democracy to come. A man, says Roosevelt, who has the good luck to be compelled to work alongside masses of men in a condition where caste or class does not apply will see true democracy in action. “Every mining-camp,” he says, “every volunteer regiment proves it.”

The goal assumes pride of place, and the men subordinate all other considerations to its attainment. They choose as leaders those who will get the job done. They associate with other men of like mind. The intensity of their interest in the work—Roosevelt uses the word with its powerful sense of having a mighty and personal stake in something—causes them “to disregard, and, indeed, to forget, the creed or race origin or antecedent social standing or class occupation” of the man beside them, friend or foe. “They get down to the naked bedrock of character and capacity.”

As I said, it was a different world. Nothing unites us now, not religious faith, not cultural memory, not a common understanding of virtue, not the natural goodness of manhood and womanhood, not children, not the elderly, nothing. We do not seek “the naked bedrock of character and capacity,” because they are judgments against us.

We are the Inertial States of America. I wish it were not so.

The Inertial States of America