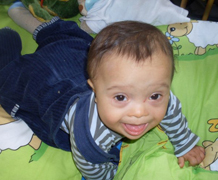 A pro-choice doctor just made a case for not aborting children with Down syndrome. But his case needs to be better.

By one estimate, about three-fourths of all pregnant women in the United States undergo prenatal testing to determine if their child has Down syndrome. Of those who test positive, between two-thirds and ninety percent abort their unborn child.

Someone who didn’t was Aaron Kaposy’s mother. Kaposy’s father, Chris Kaposy, is a professor of bioethics at Memorial University’s Faculty of Medicine in Newfoundland, Canada. He has just published a book entitled “Choosing Down Syndrome,” which argues that “more people should have children with Down syndrome . . . from a pro-choice, disability-positive perspective.”

Kaposy recently outlined his argument in an article at Aeon. Unfortunately, what’s missing is anything that makes unborn children with Down syndrome meaningfully safer in utero. The heart of Kaposy’s argument, at least in this article, is that people like his son Aaron are victims of bias. “Other possible explanations,” he says, “don’t add up.” For instance, “[H]aving Down syndrome doesn’t negatively affect one’s sense of wellbeing.”

Furthermore, “concerns about negative effects on families of parenting a child with Down syndrome are unfounded. Research shows that such families “tend to be as stable and well functioning as families that include only non-disabled children.” And, as he puts it, “many people know such families, and know that they flourish.” 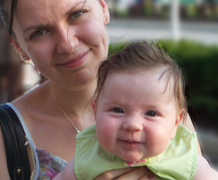 So the overwhelming tendency to abort babies with Down syndrome, he says, cannot be motivated by “concerns about the quality of life of such children,” or “by worries about family functioning.”

So Kaposy concludes that it’s bias that’s the main factor in aborting babies with Down syndrome. He writes, “Western cultures value independence, and consequently people with high levels of dependency are often stigmatised.” This stigmatization can, under some circumstance, turn into even a “loathing for people who are dependent.”

Now Kaposy makes some excellent points, but I think he ultimately misses the mark.

The bias he describes of course plays a significant role in the alarmingly high abortion rates, but he’s too quick to dismiss other, even more immediate, factors. Consider, for example, a recent column by the Washington Post’s Ruth Marcus. This past May, she wrote that while she respects and admires “families that knowingly welcome a baby with Down syndrome into their lives,” she can say “without hesitation” that she would have had an abortion under the same circumstances.

She compared a proposed Indiana law that would have barred abortion on account of Down syndrome to—what else these days?—“The Handmaid’s Tale.” She denounced “compelling a woman to give birth to a child whose intellectual capacity will be impaired, whose life choices will be limited, whose health may be compromised.”

Marcus says bluntly, “That was not the child I wanted,” and added, “The evidence is clear that most women confronted with the same unhappy alternative would make the same decision.”

Of course there is awful bias at work here. But even more than bias, what’s driving this argument is the ultimate “logic” behind the whole movement of choice: people should be free to decide what they want, even if it’s at the expense of the most vulnerable among us.

Fighting bias is a good thing. And I pray that God will use Dr. Kaposy’s argument to help people see children with Down syndrome with new eyes. But if we want to protect all of God’s children, we’ve got to create a culture—as I’ve said many times before here on BreakPoint—in which abortion is not just illegal but unthinkable; in which people see and believe that every human being, from conception to natural death, whether they have disabilities or not, is infinitely precious in the eyes of God, and therefore in our eyes, too.