Should We Allow
Assisted Suicide?

It is difficult to discuss death.  Our society is currently having an argument about one particular aspect of death, and free-thinking people need to consider all sides of the issue.  The question up for debate is whether or not assisted suicide should be legal.  One of the more sensational stories that enlivened the current conversation was the case of Brittany Maynard.  Through Facebook and other media, Maynard publicly declared her desire to end her life with “dignity,” rather than to succumb to her incurable cancer.  She made headlines around the world when she announced she intended to die – under Oregon’s Death with Dignity Act – by taking a fatal dose of doctor-prescribed barbiturates when her suffering became too great.

“Goodbye to all my dear friends and family that I love. Today is the day I have chosen to pass away with dignity in the face of my terminal illness, this terrible brain cancer that has taken so much from me … but would have taken so much more,” she wrote on Facebook. “The world is a beautiful place, travel has been my greatest teacher, my close friends and folks are the greatest givers. I even have a ring of support around my bed as I type … Goodbye world. Spread good energy. Pay it forward!” (Source)

The discussion of this important question needs a balance of both compassion and reason if we are to arrive at any useful answers.  In the following course experience, most of the content is centered on a public debate sponsored by Intelligence2.  The debate features strong proponents and opponents of assisted suicide.

The debate is introduced in the following video:

The following video includes an introduction of the speakers.  An additional set of written biographies is offered in the following chapters. 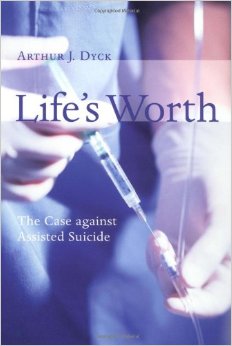 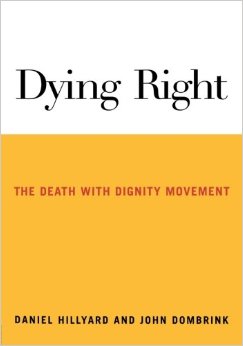 Are Human Beings
Just Animals? Pro-Life, Pro-Choice,
or Something Else? How Do I Do
the Right Thing?