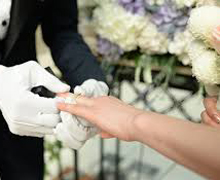 This is the trendy new habit on Twitter when another prominent man is outed for sexual harassment and sexual assault: Virtue-signaling men rush to the medium to repent on behalf of their sex. Men, they say, are disgusting creatures — but they know that, since they’re men. So leave them alone, ladies. They’re on your side. 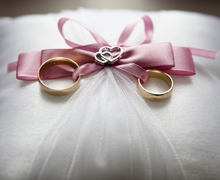 All of this is galling. That’s because it ignores a fundamental fact about human life: All human beings are capable of sin. And that means that the antidote to human frailty and brutality isn’t issuing broad-based mea culpas in behalf of groups, but working to instill virtue in individuals through prophylactic rules. But the leftist rubric forbids such inculcation, because that would be culturally oppressive and judgmental.

Take a look, for example, at the reaction to the sexual-misconduct media wave. Conservatives have long proclaimed that men, left unchecked, will act like pigs with regard to women. We have recognized that men tend to see women as potential sex objects and, without social boundaries, will treat women that way.

In order to combat piggish behavior, conservatives have advocated for certain rules and a certain educational framework, built up over the course of centuries. Some of those rules include: social expectation that sex would be connected with marriage, thus cementing the connection between sexual activity and commitment; encouragement of marriage prior to sexual activity, thereby providing objective evidence for positive consent from the woman before an entire community of witnesses; carefully cultivated rules of conduct between men and women, including, in many religions, proscribed physical contact; expectation that men would protect women in chivalrous fashion.

All of these rules have fallen under heavy attack — and sometimes the attacks have been justified by the over-restrictiveness of certain rules. But the basis for the rules was simple: Men could not be universally trusted not to sin against women. Call it male control, complete with background checks, mandatory training, and a well-developed male enforcement structure.

It seemed nice in theory. It has failed dramatically in practice.

It turns out that men are built with a certain capacity for sin. Tearing down fences only lets those sins break out of their confines. Male misbehavior has been championed as rogueish and delightful for decades; marriage has been mocked and derided; “prudish” notions have been rejected. Have women been freed of the male gaze? Are they safer now? Are they more comfortable in the workplace? Or, as we’re now finding out, are the wages of destroying boundaries on human behavior not freedom, but anarchy — and, for too many women, oppression by voracious men?

Apologizing for your gender won’t help. Suggesting that a bit more education will teach men not to rape won’t help, either. Only a proactive reinstitution of checks and balances in society will help. And that will require recognizing that human nature isn’t entirely malleable and that protecting women means requiring positive manhood, not wishful thinking.