Is the Traditional Family
Worth Saving?

What is Happening to “Family”?

Begin this experience by reading the following recent blog on same sex marriage.

What Few Deny Gay Marriage Will Do

Masha Gessen is a talented writer. Her widely praised (and sharply critical) biography of Vladimir Putin is only the most recent of her books across a range of subjects from Russian history, to mathematics, to the social implications of modern genetics. On top of her exertions as an author, she has served as Director of the Russian service of the U.S. government–funded Radio Liberty. She is a self-identified lesbian and a leading activist in the U.S. and Russia. (She holds citizenship in both countries.) Although she is anything but a fringe figure within the movement, she is notable for her candor in discussing its beliefs and goals. At last year’s meeting of the Sydney Writers’ Festival she spoke plainly: 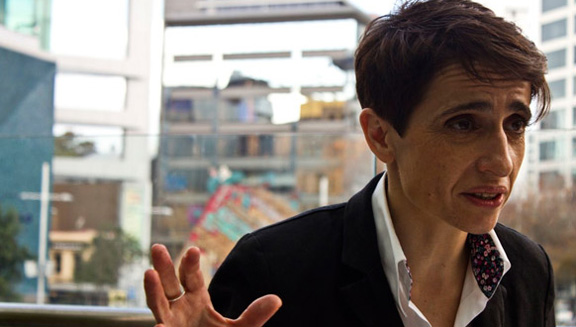 The institution of marriage is going to change, and it should change. And again, I don’t think it should exist. And I don’t like taking part in creating fictions about my life. That’s sort of not what I had in mind when I came out thirty years ago.

I have three kids who have five parents, more or less, and I don’t see why they shouldn’t have five parents legally. . . . I met my new partner, and she had just had a baby, and that baby’s biological father is my brother, and my daughter’s biological father is a man who lives in Russia, and my adopted son also considers him his father. So the five parents break down into two groups of three. . . . And really, I would like to live in a legal system that is capable of reflecting that reality, and I don’t think that’s compatible with the institution of marriage.

Just imagine the uproar had, say, Rick Santorum said,“Fighting for gay marriage generally involves lying about what [they] are going to do with marriage when [they] get there—because [they] lie that the institution of marriage is not going to change, and that is a lie.” But, of course, you don’t have to take it from Rick Santorum or other defenders of marriage as a conjugal union. Masha Gessen will tell you the same thing.

Although Gessen’s willingness to put the matter in terms of “lying” is startlingly frank, it is no longer uncommon for advocates of redefining marriage to acknowledge that the effect—for them an entirely desirable effect—of redefinition will be the radical transformation of the institution. The objective is not merely to expand the pool of people eligible to participate in it, as was long claimed. In conceding (and celebrating the fact) that redefining marriage will fundamentally alter the institution, transform its social role and meaning, and undermine its structuring norms of monogamy, exclusivity, etc., Gessen is far from out of step with other leading figures in the movement. She joins influential NYU sociologist Judith Stacey, Arizona State University professor Elizabeth Brake, “It Gets Better” founder Dan Savage, writer Victoria Brownworth, journalist E. J. Graff, activist Michelangelo Signorile, and countless other important scholars and activists.

Moreover, there seem to be very few prominent scholars and activists in the movement to redefine marriage who are criticizing Masha Gessen, Judith Stacey, Elizabeth Brake, and the others, and speaking out for the norms of monogamy and fidelity and other traditional marital and familial ideals. Many are quiet, but few actually deny that the abandonment of the conjugal understanding of marriage will have the transformative institutional and social effects that Gessen, Stacey, Brake and the others (approvingly) say it will have.  (Source)

Two streams of thought emerge from this issue:  the progressive view says we should leave behind outdated modes of living, including the idea of “marriage” as an institution, while the traditional view seeks to show how marriage has benefited (and will continue to benefit) our society.  Examine both views before forming your own position.

Should Marriage
Be Redefined? For or Against
the Hook-up Culture? Hedonism: Eat, Drink
and Be Merry (?)