Is the Traditional Family Truly Irreplaceable? 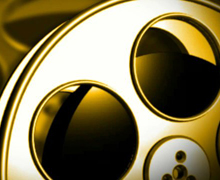 By Eric Metaxas | What can you do to help restore the culture of marriage? Well, for starters, you can go to the theater and take a friend.

On May 6th, “Irreplaceable,” Focus on the Family’s documentary on the family, was shown in approximately 700 theaters across the country. Among the people appearing in the film are our very own John Stonestreet and yours truly.

So John and I were among a relative handful of people to have seen the film before its release, and as you can learn by tuning into “BreakPoint This Week,” we’ve got nothing but good things to say about it.

Of course, not having seen the film hasn’t deterred some people from criticizing and even denouncing it. I say “of course” because, sadly, this has become par for the course whenever Christian truth claims are articulated, however winsomely and charitably. 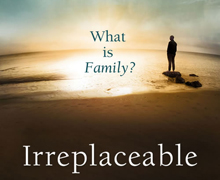 These criticisms were the subject of a recent piece by Focus on the Family’s president Jim Daly. No sooner had the trailer begun to run in theaters than self-appointed pundits began to take aim at Focus. It didn’t matter that these folks hadn’t seen the movie. All that mattered was that a supposedly “anti-gay” organization, Focus on the Family, was behind the film and that the film featured “anti-gay talking heads” such as Michael Medved and, well, me. Really?

It doesn’t matter that if they had seen the movie they would know that “Irreplaceable” steers clear of the “hot button” social issues and, instead, concentrates—I was tempted to say “focuses”—on the importance of the traditional family.

All that mattered was that Focus had supported Proposition 8 six years ago, and, thus, anything they had to say on, well, anything, was almost by definition beyond the pale.

Well, declaring Focus and other “anti-gay” talking heads beyond the pale and pressuring theater chains not to show the movie is, as Daly rightly points out, censorship that belies any claims to liberal “tolerance.”

But it’s more than that. It’s a way of avoiding any real discussion about the questions and issues raised in the film: “What happened to the view that a man and woman should marry, raise children and remain committed for a lifetime?”

It’s a question whose origin and impact long predate the debate over same-sex marriage. When Barbara Dafoe Whitehead published “Dan Quayle Was Right” in the April ‘93 issue of the Atlantic Monthly, same-sex marriage wasn’t an issue. It wasn’t even, with a few lonely exceptions, a topic for discussion. Yet the damage caused by the weakening of the traditional family was already well-documented for those who cared to see it.

Two decades later, the damage has grown and Dafoe Whitehead isn’t the only person who thinks that Dan Quayle was right. Three months ago, writing in New York magazine, liberal columnist Jonathan Chait wrote that “the rapid growth of divorce and unwed motherhood has produced a huge increase in the proportion of American children being raised by a single parent, a vast social experiment with measurably harmful effects on children.”

What’s more, Chait has written about how Hollywood “really does promote social liberalism, and [that] the promotion really does change the mind of its audience.”

As Jim Daly told John Stonestreet, our culture, on some level, knows that the Christian view of marriage, sexuality and family, is what is best for its children—and for society. The problem isn’t that folks don’t know the truth about marriage, but that they want to suppress it by whatever means necessary.

All the more reason that “Irreplaceable” deserves our support.

Is the Traditional Family Worth Saving?

Should Marriage Be Redefined?