How Student Debt Harms the Economy 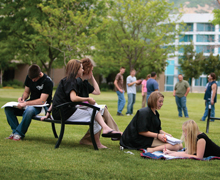 To the growing catalog of damage caused by the decades-long run-up in the cost of higher education, we may have to add another casualty. On top of the harm high tuition and other charges are inflicting on young people, and the way their struggles are holding back today’s economy, we must add the worry that tomorrow’s economy will suffer, too.

Ever-escalating tuitions, especially in the past dozen years, have produced an explosion of associated debt, as students and their families resorted to borrowing to cover college prices that are the only major expense item in the economy that is growing faster than health care. According to the Federal Reserve, educational debt has shot past every other category—credit cards, auto loans, refinancings—except home mortgages, reaching some $1.3 trillion this year. Analyses in The Wall Street Journal and by Experian in 2014 show that 40 million people, roughly 70% of recent graduates, are now borrowers. In the class of 2014, the average borrower left with an average load of $33,000. 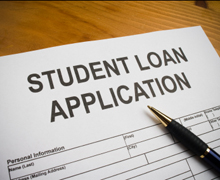 Even though the debt balloon is a fairly young phenomenon, several damaging results are already evident. Research from the Pew Research Center and Rutgers shows that today’s 20- and 30-year-olds are delaying marriage and delaying childbearing, both unhelpful trends from an economic and social standpoint. Between 25% and 40% of borrowers report postponing homes, cars and other major purchases. Half say that their student loans are increasing their risk of defaulting on other bills. Strikingly, 45% of graduates age 24 and under are living back at home or with a family member of some kind.

Now comes evidence that it’s not just consumer spending that these debts are denting, but also economic dynamism. A variety of indicators suggest that the debt burden is weighing on the engine that has always characterized American economic leadership—and the factor that many have assumed will overcome many structural and self-imposed challenges: our propensity to innovate and to invent new vehicles of wealth creation.

For instance, the U.S., despite its proud protestations about how creative and risk-taking it is, has fallen in multiple world-wide measures of entrepreneurship. A drop in such activity by the young is playing a part. From 2010 to 2013, the Journal reported on Jan. 2, the percentage of younger people who reported owning a part of a new business dropped to 3.6% from 6.1%. Over the past 10 years, the percentage of businesses started by someone under 34 fell to 22.7% from 26.4%. Common sense says that the seven in 10 graduates who enter the working world owing money may be part of this shift.

New data strengthens this hypothesis. Working with the Gallup Research organization, Purdue scholars devised last year’s Gallup-Purdue Index, the largest survey ever of U.S. college graduates. Among its findings: 26% of those who left school debt-free have started at least one business. Among those with debt of $40,000 or more, only 16% had done so.

Controlling the cost of higher education, and expanding access to its undeniable benefits, is first of all a social and moral obligation of those in a position to affect it. Purdue is midway through what is so far a three-year tuition freeze. Coupled with reductions in the costs of room and board and textbooks, these actions have brought down our total cost of attendance for each of the last two years, for the first time on record.

Aggressive counseling of students about the dangers of too much borrowing, and the alternatives available to them, has also helped, as total Purdue student borrowings have dropped by 18% since 2012. That represents some $40 million these superbly talented young engineers, computer scientists and other new workers will have to spend, or perhaps invest in their own dreams of enterprise. At Purdue, where we give students the ownership of any intellectual property they create, and support their attempts to give birth to new products and companies, a significant number of such dreams are likely to become real.

Today’s young Americans have a very legitimate beef with previous generations. A pathetically weak recovery has left millions of them unemployed, underemployed and with falling incomes, not the rising ones their predecessors could expect. And, never forget, they are already saddled with a lifetime per capita debt of some $700,000 (to date) to pay not for debts they incurred, but for those run up in entitlement programs such as Social Security, Social Security Disability and Medicare, explicitly designed to tax the young to subsidize their elders.

For future generations to enjoy the higher living standards America has always promised, nothing matters more than that the U.S. remains a land where miracles of innovation and entrepreneurship happen consistently. As a matter of generational fairness, and as an essential element of national economic success, the burden of high tuitions and student debt must be alleviated, and soon.

Mr. Daniels, the former governor of Indiana (2005-13), is the president of Purdue University.

How Student Debt Harms the Economy