Free Speech has Never been more Threatened than it is Now 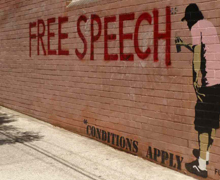 By George Will | From columnist George F. Will’s keynote address at the inaugural Disinvitation Dinner, hosted in New York City on April 15 by the William F. Buckley, Jr. Program at Yale to honor those whose invitations to speak at U.S. universities were retracted because of their views: 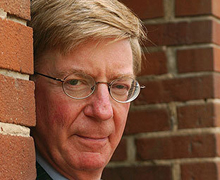 Free speech has never been, in the history of our republic, more comprehensively, aggressively and dangerously threatened than it is now. The Alien and Sedition Acts arose from a temporary, transitory fever and were in any case sunsetted and disappeared. The fevers after and during the First World War and in the early culture war era also were eruptions of distemper rooted in local conditions and local issues bound to disappear, which they did.

Yesterday the Democratic Party, the oldest political party in the world, the party that guided this country through two world wars and is more responsible than any other for the shape of the modern American state—the Democratic Party’s leading and prohibitively favored frontrunner candidate for the presidential nomination announced four goals for her public life going forward, one of which is to amend the Bill of Rights to make it less protective. It’s an astonishing event. She said that she wants to change the First Amendment in order to further empower the political class to regulate the quantity, content and timing of political speech about the political class—and so far as I can tell there’s not a ripple of commentary about this on the stagnant waters of the American journalistic community.

Free Speech has Never been more Threatened than it is Now