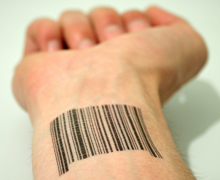 By Sarah Schuch | The stories vary: Forced off the street at gun point. Trafficked by family members and sold to others. Pimped out by a man who she thought loved her.

But one thing is the same. They were all violated, abused, beaten and forced into a life they never wanted.

On Monday, May 4, a group of woman spoke out against human trafficking at Faith Tabernacle church at a forum hosted by State Sen. Judy Emmons, R-Sheridan.

“It’s really eye-opening, I think. (Human trafficking) is next door and they’re not seeing it,” Emmons said. 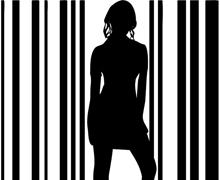 For Malynda Hughes, telling her story is a way to show people what is happening in Michigan and across the country.

“Awareness brings prevention,” said Hughes, 40, of Lapeer County. “(I speak out) so other children would get the opportunities I didn’t.”

Emmons is pushing for stronger legislation in the state of Michigan to help prevent human trafficking.

Michigan’s proximity to the Canadian border and waterways increases the likelihood of trafficking in the state, according to information from The Hope Project handed on out at Monday’s event.

Human trafficking is a problem many people are blind to, Hughes said. Until Hughes was well into her adult years, she didn’t even know there was a name for what was done to her.

Now, She wants to be a voice for others. Hughes said she wants to bring awareness to the program in Michigan.

Michigan ranks fifth in the nation in human trafficking, according to a pamphlet Emmons put together and passed out Monday.

Pimps prey on victims as young as 12 to 14 years old. One study estimates as many as 325,000 children in the U.S., Canada, and Mexico are at risk each year for becoming victims of sexual exploitation, according to the National Center for Missing and Exploited Children’s website.

Emmons isn’t alone in her fight against human trafficking.

U.S. Sen. Gary Peters, D- Bloomfield Twp., recently proposed legislation that would train health care professionals to know what to look for, and is pushing a bill that would create a pilot program for a medical school to create best practices for intervention of human trafficking victims.

A 2013 Michigan Commission on Human Trafficking report found that trafficking is a serious and growing problem in Michigan, Peters said in April.

During a July 2013 FBI investigation, more than 150 traffickers were arrested in a nationwide sweep. The operation made several busts in metro Detroit and one in Flint, where two 17-year-old girls were rescued and one trafficker was arrested.

Emotions ran high on Monday as four survivors told their stories. They all work toward a common goal – to end human trafficking in this state and across the country.

No matter the story or the circumstances, it’s going to take the community coming together to make a difference, Emmons said.

If anyone suspects an issue with human trafficking they are encouraged to call the National Human Trafficking Hotline at 888-373-7888.

“It’s in every part of the state,” Emmons said. “There’s more to do. But it will take all of us.”

Emmons wants to push for more advanced cyber forensics teams and wants to advance the Institute of Human Trafficking Education.

Here are tips given Monday to help identify child victims.

For more information on human trafficking and how you can help, visit Muskegon-based The Hope Project’s website.

For more information on Sen. Peters’ proposed bill and other indicators of what to look for, click here.