Can You Walk
with Malala?

“Courage is not simply one of the virtues but the form of every virtue at the testing point, which means at the point of highest reality. ”  ― C.S. Lewis, The Screwtape Letters

We live in a world full of fear. All around us people seek security and freedom from their fear. In America, we live in relative safety when compared with those in other parts of the world. The following material in this course is a reflection on courage. Courage is necessary in life, no matter who we may be or where we may live. It was Maya Angelou who said, “Courage is the most important of all the virtues, because without courage, you can’t practice any other virtue consistently.” 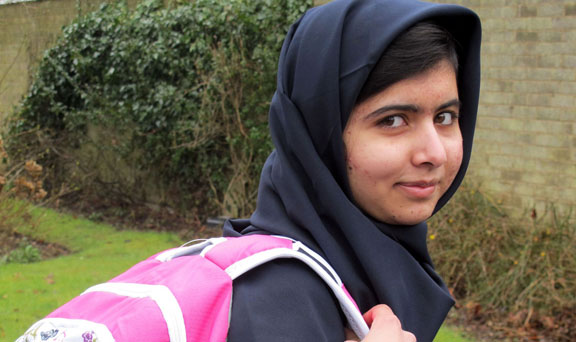 We wake up to daily news of the unrest and difficulties in the Middle East. Yet often the news seems distant and unreal to us. Recently, however, the news put a face to some of the courage at work in that part of our world. The story of Malala Yousafzai became international news through her blogs on the BBC. Writing under a pseudonym, this brave young teen in Pakistan shared with the world the effects in her town and school as the Taliban took over her city.

Early in 2009, at the age of 11, Malala began writing short blog posts detailing specifics about her life in the midst of Taliban rule, especially during the time when the Taliban forbid all girls from attending school. Later that year a documentary was filmed by the New York Times that led to many interviews both in print and on television. She has since been awarded the International Children’s Peace Prize by Desmond Tutu. On October 9, 2012, she was shot in the head and neck by Taliban members who had been seeking her death. One initial news article from the New York Times is included in the next section. Malala was brought to London for medical treatment, and after , being released from the hospital, she headed back home to live with her family. A group of 50 Islamic clerics in Pakistan issued a fatwā (an Islamic religious ruling) against those who tried to kill her. The Taliban then reiterated its intent to kill Yousafzai and her father, Ziauddin.

As you read this material, allow it to strengthen your own resolve to do what is right, not just what is convenient. Most of us are far too concerned about “fitting in” or not rocking any boats. We know we could do more in life, but the risk involved keeps us from doing it. As Ambrose Redmoon wrote, “Courage is not the absence of fear, but rather the judgment that something else is more important than fear.” Determining what that “something else” is and doing it—no matter what—can be a tremendous agent for change in our world. As Plato famous wrote almost 2,500 years ago, “Courage is knowing what not to fear.” 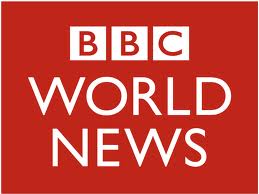 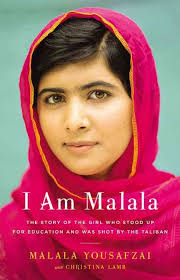 I Am Malala: The Story of the Girl Who Stood Up for Education and Was Shot by th Malala Yousafzai and Christina Lamb

Would You Write
the Truth? Are You
Color Blind? What Is My
Life Philosophy?