Do Demographics Favor the Faithful: A Future for Atheism? 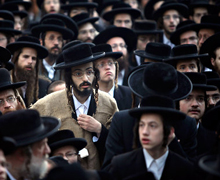 By Eric Metaxas | Every spring for the past 27 years, writers and other intellectuals have gathered in the Welsh town of Hay “to think about the world as it is,” “to imagine how it might be,” and to have a “big conversation about discovery and intellectual adventure.”

This year, one of the featured speakers was Steve Jones, a geneticist at University College, London. Jones, who is an atheist, made headlines around Britain when he said that while “we atheists sometimes congratulate ourselves that the incidence of religious belief is going down,” atheism’s future is in doubt.

That’s because “religious people have more children.” By way of explanation, he asked and answered the question: “Where are people having the most children?” The answer is “in the tropics and in Africa,” the part of the world where, not-coincidentally, Christianity is growing explosively. 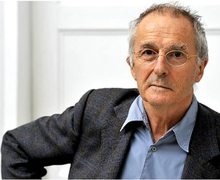 Jones concluded that “It’s clearly the case that the future will involve an increase in religious populations and a decrease in scepticism. We may not need more scientists but more theologists.”

Jones isn’t the only person to point out that the secular worldview is, demographically-speaking, a dead end. In 2006, Philip Longman, a demographer at the New America Foundation, wrote a piece provocatively entitled “The Return of Patriarchy.”

In it, Longman, whose book, “The Empty Cradle,” brought attention to declining birthrates and their impact around the world, made much the same point as Jones: “the great difference in fertility rates between secular individualists and religious or cultural conservatives augurs a vast, demographically driven change in modern societies.”

An example of the phenomenon Jones and Longman describe is the ultra Orthodox, or haredim, in Israel. Israel’s mostly secular founders expected the haredim to eventually disappear. Instead, thanks to very high birth rates, they are more than ten percent of the population, and that percentage is rising. This demographic clout has helped transform Israel into a more religious society than its Zionist founders ever anticipated.

While the evidence that the future belongs to the fruitful is hard to refute, the response in many circles is to kill the messenger, or at least maim him. People do not like being reminded that their ideas about “freedom” and “choice” carry both personal and societal consequences.

A week after Jones spoke at the Hay Festival, Pope Francis addressed the idea of married couples being “childless by choice.” He said that couples who made this “choice” were under the influence of a “culture of well-being” that promises that life can be better without children.

He didn’t deny the allure of these promises—travel,  vacation homes and being carefree—but, “in the end this marriage comes to old age in solitude, with the bitterness of loneliness.” The promises made by the “culture of well-being” are ultimately empty, just like the future it produces.

Is Population Growth a Problem?

Is the Traditional Family Worth Saving?