Is Population Growth
a Serious Problem?

The opening lines of Paul Ehrlich’s acclaimed book The Population Bomb read: “The battle to feed all of humanity is over. In the 1970s and 1980s hundreds of millions of people will starve to death in spite of any crash programs embarked upon now.” Written in 1968, this book outlined the impending doom that would allegedly be brought about by excessive population growth. Although Ehrlich’s educational expertise is not in demography, he has studied the topic extensively while serving as an instructor in the Biology Department at Stanford University.

One of the most closely scrutinized events that took place in the 1980s was the Simon-Ehrlich Wager—a wager between Ehrlich and University of Maryland Business professor Julian Simon. After hearing of Ehrlich’s proposal that population growth would soon outstrip food production, Simon offered Ehrlich the opportunity to pick any five commodity metals and track the value of those metals over a ten-year period of time. Simon projected that the metals would decrease in value, while Ehrlich, utilizing his theory that population growth would create greater demand, suggested that the cost of the metals would significantly increase. At the end of the ten years, the two men would calculate the value of the five metals and the loser would pay the difference. In the end, Ehrlich lost the wager, as the inflation-adjusted price of the metals decreased by $576.07 over the ten years.

Along with losing the wager, Ehrlich lost much credibility concerning his population expansion theories.

Interestingly, a significant portion of Ehrlich’s philosophy was derived from a late eighteenth-century economist named Robert Malthus, who advocated a similar thesis about population control. Malthus’s essential claim was that human reproduction increases exponentially (i.e. 1, 2, 4, 8, 16, 32, 64, etc.), whereas food production can only increase arithmetically (i.e. 1, 2, 3, 4, 5, 6, etc.). Since human existence is dependent upon food, Malthus suggested that if population growth remained unchecked, starvation would inevitably ensue. Malthus proposed several measures of population control that could solve this problem, but his outlook was decidedly cynical about the long-term prognosis of human existence.

The discussion of demographics spans a period of several hundred years and continues to persist today. Policy analysts discuss the impact of population growth on a regular basis while seeking data from sources like the U.S. Census Bureau and other governmental agencies. Private groups like The Aspen Institute and the Population Association of America have also contributed to the discussion that surrounds this increasingly important topic.

In addition to the public and private voices mentioned above that have entered into the conversation about demographics, you are about to hear several other voices in the conversation–voices projected through a film entitled Demographic Winter: The Decline of the Human Family.

Directed by award-winning filmmaker Rick Stout and produced by Barry McLerran and Steven Smoot, this film features interviews with a variety of individuals, including Nobel Prize winners, authors, and academic professionals from Harvard University, the University of Chicago, the University of Texas, and many others. The video provides a fair and thorough treatment of demography from a global perspective, with an emphasis on one side of the demographic conversation that is far too often neglected. 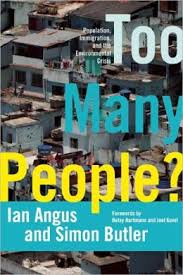 Too Many People?: Population, Immigration, and the Environmental Crisis Ian Angus and Simon Butler 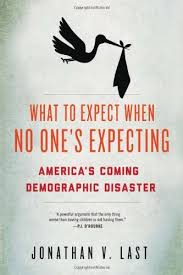 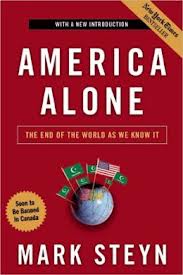 America Alone: The End of the World as We Know It Mark Steyn

Is Global Warming
Theory True? What Is the Expelled
Origins Debate? What Are The Limits
to Scientific Inquiry?