Climate Science Is Not Yet a Settled Issue 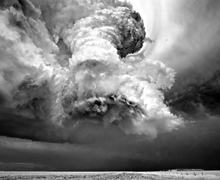 The crucial scientific question for policy isn’t whether the climate is changing. That is a settled matter: The climate has always changed and always will. Mitch Dobrowner

The idea that “Climate science is settled” runs through today’s popular and policy discussions. Unfortunately, that claim is misguided. It has not only distorted our public and policy debates on issues related to energy, greenhouse-gas emissions and the environment. But it also has inhibited the scientific and policy discussions that we need to have about our climate future. 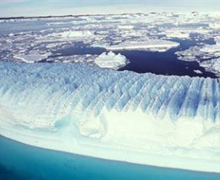 My training as a computational physicist—together with a 40-year career of scientific research, advising and management in academia, government and the private sector—has afforded me an extended, up-close perspective on climate science. Detailed technical discussions during the past year with leading climate scientists have given me an even better sense of what we know, and don’t know, about climate. I have come to appreciate the daunting scientific challenge of answering the questions that policy makers and the public are asking.

The crucial scientific question for policy isn’t whether the climate is changing. That is a settled matter: The climate has always changed and always will. Geological and historical records show the occurrence of major climate shifts, sometimes over only a few decades. We know, for instance, that during the 20th century the Earth’s global average surface temperature rose 1.4 degrees Fahrenheit.

Nor is the crucial question whether humans are influencing the climate. That is no hoax: There is little doubt in the scientific community that continually growing amounts of greenhouse gases in the atmosphere, due largely to carbon-dioxide emissions from the conventional use of fossil fuels, are influencing the climate. There is also little doubt that the carbon dioxide will persist in the atmosphere for several centuries. The impact today of human activity appears to be comparable to the intrinsic, natural variability of the climate system itself.

Rather, the crucial, unsettled scientific question for policy is, “How will the climate change over the next century under both natural and human influences?” Answers to that question at the global and regional levels, as well as to equally complex questions of how ecosystems and human activities will be affected, should inform our choices about energy and infrastructure.

But—here’s the catch—those questions are the hardest ones to answer. They challenge, in a fundamental way, what science can tell us about future climates.

Even though human influences could have serious consequences for the climate, they are physically small in relation to the climate system as a whole. For example, human additions to carbon dioxide in the atmosphere by the middle of the 21st century are expected to directly shift the atmosphere’s natural greenhouse effect by only 1% to 2%. Since the climate system is highly variable on its own, that smallness sets a very high bar for confidently projecting the consequences of human influences.

A second challenge to “knowing” future climate is today’s poor understanding of the oceans. The oceans, which change over decades and centuries, hold most of the climate’s heat and strongly influence the atmosphere. Unfortunately, precise, comprehensive observations of the oceans are available only for the past few decades; the reliable record is still far too short to adequately understand how the oceans will change and how that will affect climate.

A third fundamental challenge arises from feedbacks that can dramatically amplify or mute the climate’s response to human and natural influences. One important feedback, which is thought to approximately double the direct heating effect of carbon dioxide, involves water vapor, clouds and temperature.

But feedbacks are uncertain. They depend on the details of processes such as evaporation and the flow of radiation through clouds. They cannot be determined confidently from the basic laws of physics and chemistry, so they must be verified by precise, detailed observations that are, in many cases, not yet available.

Beyond these observational challenges are those posed by the complex computer models used to project future climate. These massive programs attempt to describe the dynamics and interactions of the various components of the Earth system—the atmosphere, the oceans, the land, the ice and the biosphere of living things. While some parts of the models rely on well-tested physical laws, other parts involve technically informed estimation. Computer modeling of complex systems is as much an art as a science.

For instance, global climate models describe the Earth on a grid that is currently limited by computer capabilities to a resolution of no finer than 60 miles. (The distance from New York City to Washington, D.C., is thus covered by only four grid cells.) But processes such as cloud formation, turbulence and rain all happen on much smaller scales. These critical processes then appear in the model only through adjustable assumptions that specify, for example, how the average cloud cover depends on a grid box’s average temperature and humidity. In a given model, dozens of such assumptions must be adjusted (“tuned,” in the jargon of modelers) to reproduce both current observations and imperfectly known historical records.

We often hear that there is a “scientific consensus” about climate change. But as far as the computer models go, there isn’t a useful consensus at the level of detail relevant to assessing human influences. Since 1990, the United Nations Intergovernmental Panel on Climate Change, or IPCC, has periodically surveyed the state of climate science. Each successive report from that endeavor, with contributions from thousands of scientists around the world, has come to be seen as the definitive assessment of climate science at the time of its issue.

There is little doubt in the scientific community that continually growing amounts of greenhouse gases in the atmosphere, due largely to carbon-dioxide emissions from the conventional use of fossil fuels, are influencing the climate. Pictured, an estuary in Patgonia. Gallery Stock

For the latest IPCC report (September 2013), its Working Group I, which focuses on physical science, uses an ensemble of some 55 different models. Although most of these models are tuned to reproduce the gross features of the Earth’s climate, the marked differences in their details and projections reflect all of the limitations that I have described. For example:

Yet the models famously fail to capture this slowing in the temperature rise. Several dozen different explanations for this failure have been offered, with ocean variability most likely playing a major role. But the whole episode continues to highlight the limits of our modeling.

These and many other open questions are in fact described in the IPCC research reports, although a detailed and knowledgeable reading is sometimes required to discern them. They are not “minor” issues to be “cleaned up” by further research. Rather, they are deficiencies that erode confidence in the computer projections. Work to resolve these shortcomings in climate models should be among the top priorities for climate research.

Yet a public official reading only the IPCC’s “Summary for Policy Makers” would gain little sense of the extent or implications of these deficiencies. These are fundamental challenges to our understanding of human impacts on the climate, and they should not be dismissed with the mantra that “climate science is settled.”

While the past two decades have seen progress in climate science, the field is not yet mature enough to usefully answer the difficult and important questions being asked of it. This decidedly unsettled state highlights what should be obvious: Understanding climate, at the level of detail relevant to human influences, is a very, very difficult problem.

We can and should take steps to make climate projections more useful over time. An international commitment to a sustained global climate observation system would generate an ever-lengthening record of more precise observations. And increasingly powerful computers can allow a better understanding of the uncertainties in our models, finer model grids and more sophisticated descriptions of the processes that occur within them. The science is urgent, since we could be caught flat-footed if our understanding does not improve more rapidly than the climate itself changes.

A transparent rigor would also be a welcome development, especially given the momentous political and policy decisions at stake. That could be supported by regular, independent, “red team” reviews to stress-test and challenge the projections by focusing on their deficiencies and uncertainties; that would certainly be the best practice of the scientific method. But because the natural climate changes over decades, it will take many years to get the data needed to confidently isolate and quantify the effects of human influences.

Policy makers and the public may wish for the comfort of certainty in their climate science. But I fear that rigidly promulgating the idea that climate science is “settled” (or is a “hoax”) demeans and chills the scientific enterprise, retarding its progress in these important matters. Uncertainty is a prime mover and motivator of science and must be faced head-on. It should not be confined to hushed sidebar conversations at academic conferences.

Society’s choices in the years ahead will necessarily be based on uncertain knowledge of future climates. That uncertainty need not be an excuse for inaction. There is well-justified prudence in accelerating the development of low-emissions technologies and in cost-effective energy-efficiency measures.

But climate strategies beyond such “no regrets” efforts carry costs, risks and questions of effectiveness, so nonscientific factors inevitably enter the decision. These include our tolerance for risk and the priorities that we assign to economic development, poverty reduction, environmental quality, and intergenerational and geographical equity.

Individuals and countries can legitimately disagree about these matters, so the discussion should not be about “believing” or “denying” the science. Despite the statements of numerous scientific societies, the scientific community cannot claim any special expertise in addressing issues related to humanity’s deepest goals and values. The political and diplomatic spheres are best suited to debating and resolving such questions, and misrepresenting the current state of climate science does nothing to advance that effort.

Any serious discussion of the changing climate must begin by acknowledging not only the scientific certainties but also the uncertainties, especially in projecting the future. Recognizing those limits, rather than ignoring them, will lead to a more sober and ultimately more productive discussion of climate change and climate policies. To do otherwise is a great disservice to climate science itself.

Dr. Koonin was undersecretary for science in the Energy Department during President Barack Obama’s first term and is currently director of the Center for Urban Science and Progress at New York University. His previous positions include professor of theoretical physics and provost at Caltech, as well as chief scientist of BP,  where his work focused on renewable and low-carbon energy technologies.

Climate Science Is Not Settled