Have We Found Some
Missing Links?

The philosophical importance of our view of human origin and purpose is seen over and over in academic discussion.  If we are all created by God for a specific purpose, we will think and behave in a much different way than if we are the product of a random, non-relational set of chemical and natural processes.  In the continuing discussion of whether our existence comes from natural selection or supernatural creation, the issue of evidence is always in the forefront.  If we are a part of a long and gradual process of changes that are ever evolving, then we should see evidence of this process in the form of transitions between the specifies.  Darwin could not answer this question, but his disciples have not only noted this but attempted to answer the question.  Stephen J. Gould is one professor who spent a lifetime working on this problem.  Here is what he had to say about the “missing links” of Darwin’s theory.

“The extreme rarity of transitional forms in the fossil record persists as the trade secret of paleontology. The evolutionary trees that adorn our textbooks have data only at the tips and nodes of their branches; the rest is inference, however reasonable, not the evidence of fossils. Yet Darwin was so wedded to gradualism that he wagered his entire theory on a denial of this literal record: ‘The geological record is extremely imperfect and this fact will to a large extent explain why we do not find interminable varieties, connecting together all the extinct and existing forms of life by the finest graduated steps. He who rejects these views on the nature of the geological record, will rightly reject my whole theory.’

“Darwin’s argument still persists as the favored escape of most paleontologists from the embarrassment of a record that seems to show so little of evolution. In exposing its cultural and methodological roots, I wish in no way to impugn the potential validity of gradualism (for all general views have similar roots). I wish only to point out that it was never ‘seen’ in the rocks.” — Stephen Jay Gould. “EVOLUTION’S ERRATIC PACE” NATURAL HISTORY (VOL. 86, MAY 1977)

Gould goes on to develop in his writings the idea of punctuated equilibrium, that rather than evolution being a slow gradual continual process, it rather makes its changes by jumps and starts, thus limiting to a much smaller size the number of transitional forms necessary for the theory to work.  Understanding both sides of this argument will help a student to consider this key issue in the debate of human origin.  This experience from Thinker Education in concert with the Institute for Creation Research seeks to set both sides in front of you so you can consider them.

First we will examine those who claim that many transitional forms have been found in the fossil record.  Then the group saying “no” to our question will give their response. 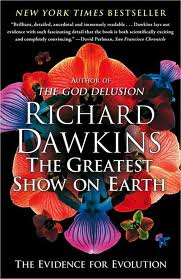 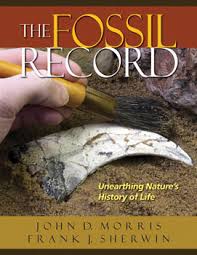 Has Science
Buried God? What Is the Expelled
Origins Debate? What Are The Limits
to Scientific Inquiry?