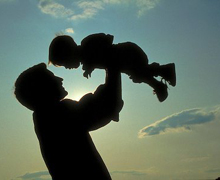 By Ben Shapiro | With America suffering from increasing poverty, and with more and more children born into mountains of debt unleashed by their parents’ and grandparents’ generations, the greatest threat of all may be this: the American father is dying. According to the Washington Times, every state has watched single-parent households multiply while two-parent households decline:

Even as the country added 160,000 families with children, the number of two–parent households decreased by 1.2 million. Fifteen million US children, or 1 in 3, live without a father, and nearly 5 million live without a mother. In 1960, just 11 percent of American children lived in homes without fathers.

Single motherhood is the single leading predictor of poverty and crime in America today. While married couples average $80,000 in earnings, single moms average $24,000. The worst problem with lack of fathers takes place in the black community; 54% of black children live without a father. But single motherhood is skyrocketing across racial lines, with 41% of all births taking place out of wedlock. A full 30% of children born to white women with some post-high school education but no college degree have no father in the home. That number is 60% for those who don’t go to college. 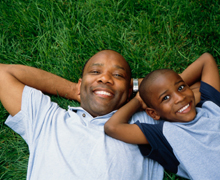 America rejected the dictates of traditional family morality long ago, instead substituting the notion that alternative family arrangements are just as morally praiseworthy – and that the state can pick up the slack for women who choose to have children out of wedlock. The result is a stratified society, with those who marry at the top, and those who do not at the bottom. But the left refuses to recognize this simple truth, and maintains that even mentioning it is intolerant. Their tolerance has led to destruction not only of the traditional family, but destruction of the American economy in the mid-to-long term.