Why Do You
Need Poetry?

Because I Could Not Stop for Death

Emily Dickinson was born on December 10, 1830, in Amherst, Massachusetts.  Emily Dickinson was educated at Amherst Academy (now Amherst College) and the Mount Holyoke Female Seminary. She was an excellent student, despite missing long stretches of the school year due to frequent illness and depression. Though the precise reasons for Dickinson’s final departure from the academy in 1848 are unknown, it is believed that her fragile emotional state probably played a role.  Upon leaving school, she returned to the family homestead to live there reclusively the rest of her life.  There, she filled notebooks with poetry and wrote hundreds of letters. Dickinson’s remarkable work was published after her death—on May 15, 1886, in Amherst—and she is now considered one of the towering figures of American literature.  (Source)

“I Could Not Stop for Death” is a lyric poem by Emily Dickinson published posthumously in Poems: Series 1 in 1890. The poem is about Death.  Dickinson personifies him (death) as a gentleman caller who takes a leisurely carriage ride with the poet to her grave.  The content is perhaps made even more poignant by the relative brevity of the author’s own life.  The poem was published posthumously in 1890 in Poems: Series 1, and was originally published under the title “The Chariot”.  (Source)

Because I Could Not Stop for Death
By Emily Dickinson

(Listen to the poem here)

Because I could not stop for Death,
He kindly stopped for me;
The carriage held but just ourselves
And Immortality.

We slowly drove, he knew no haste,
And I had put away
My labor, and my leisure too,
For his civility.

Or rather, he passed us;
The dews grew quivering and chill,
For only gossamer my gown,
My tippet only tulle.

We paused before a house that seemed
A swelling of the ground;
The roof was scarcely visible,
The cornice in the ground.

Since then ’tis centuries, and yet
Feels shorter than the day
I first surmised the horses’ heads
Were toward eternity. 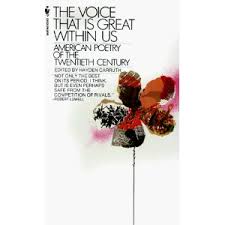 The Voice That Is Great within Us: American Poetry of the Twentieth Century Hayden Carruth 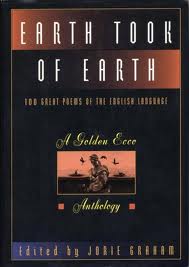 Can You Walk
with Malala? How Much Land
Does a Man Need? Is Wisdom
Attainable?