To capitulate on pronouns is not an act of charity. It is rather the total surrender of the world, in a word.

In today’s public communication climate, something as quotidian and unimpeachable as calling a girl “she” constitutes an invitation for legions of enforcers to descend in wrath upon the erring speaker. The sexual revolution’s assaults on the ethic and integrity of the social order are matched by the uncivil methods it employs to upend the community’s normative vocabulary.

Words anchor a culture. They are the depository for the wisdom and observation of generations. A community is found, and its world is expressed, through its language. To destroy its patrimony requires that its vocabulary be abducted. Chesterton—with reason—suggested that words are the only things worth fighting about. Nietzsche, partly right, wrote that unspeakably more depends on what things are called than on what they are.

It is particular to our time of upheaval that a pregnant woman officially carries a fetus rather than a child. The word “fetus” has served powerfully to reorient our legal-constitutional system and public moral culture. From dimensions personal to jurisprudential, fetus soothes and justifies.

In 2006, I was in the courtroom of the United States Supreme Court during oral arguments treating the federal Partial-Birth Abortion Ban Act. Solicitor General Paul Clement was arguing in defense of that statute, and at one point he denominated the child subject to the abortionist’s lethal ministrations a “child.”

General Clement: “the issue is to whether [the abortion is] going to be performed in utero, or when the child is more than halfway outside of the womb. And that of course …”

Justice Scalia evidently could not resist:

Justice Scalia: “When it’s half-way out I guess you could call it either a child or a fetus. It’s sort of half and half, isn’t it.”

General Clement went on to urge that “nothing turns on the terminology” one might use to describe the circumstance. This point was true enough, with respect to understanding the statute’s operation. But Justice Stevens did not interrupt and reprove the Solicitor General for his word choice because it impeded understanding of the congressional act. Rather, Justice Stevens was restoring to its throne the word that rules and sustains the Roe empire.

An abortionist does not kill a child; he eliminates a fetus. Behind the shroud of this consoling distinction has been carried out the slaughter of millions. In its 2016 opinion in Whole Woman’s Health v. Hellerstedt, the Supreme Court majority quoted approvingly—and without a whiff of irony—the district court’s finding that “abortion in Texas was extremely safe with particularly low rates of serious complications and virtually no deaths occurring on account of the procedure.”

“Fetus” as a legal-cultural placeholder anchors Roe’s subversive anthropology. On its terms, maternal nurturing is not intrinsic to womanhood. Instead, the reigning legal default deems pregnancy an invasion and a presumptive impediment to fulfilling superior and defining life priorities. A particular woman’s private and idiosyncratic wish may be to gestate offspring. But for her public identity, defined in constitutional case law, she is presumed in non-relation to a fetal presence, and thus without responsibility toward it. Such a relation and responsibility can only come into being by her affirmative election.

Roe thereby has redefined motherhood from a natural and public fact to a private option. This purports to serve the cause of liberation. In fact, it ensures the opposite, for it relocates the meaning and relationality of human persons from immutable nature to court-guarded, contingent selection. The family therefore is not a reality of creation or a radical aspect and expression of human identity, but a construct of choice ultimately beholden to the coercive agencies that create and regulate it.

As with the fetus, then, the natural family has become expendable—though the latter’s demise has taken longer to recognize, being a matter of legal rather than physical disappearance. But more recent political captures (including the redefinition of marriage, the associated and evolving replacement of natural mother and father with contractual “parent,” and the precarious prospects of even “male” and “female”) have elaborated and clarified the logic. In all events, the battle is pitched in the field of words. 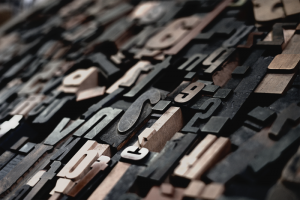 Transgenderism vs. Logic and Law

This battle of words finds an expression of unprecedented belligerence in the transgenderism campaign. The trans heist of pronouns and other sex-referent vocabulary is calculated to eliminate descriptions of the real world by absconding with the words required to portray and express it. The trans program’s boundless ambition is seen in its implicit condemnation of the entirety of human civilization and its oeuvre of song and literature, its law and social practice, and all the dictionaries.

It similarly lays waste the counsels of logic. A few months ago, a court in British Columbia notoriously ruled against a father who had sought an injunction that would forbid doctors to inject his fourteen-year-old daughter with synthetic male hormones. The court described as follows the father’s objection to the medical abuse of his daughter: “A.B.’s father is opposed to the commencement of hormone treatment for his son at this time.”

The court’s misuse of son notably still intends to stand for a person in relation to a father and mother. But how could it? It is incongruous to assert that physiology can be erased from legal valence and public vocabulary yet all of its dependencies remain intact and unaffected.

In calling the father’s daughter his “son,” the judge might as well have called the father his daughter’s mother, or—why not?—called the daughter her father’s father. Once daughter and son, male and female are ratified in law and language as disembodied personal selections, family structure with its reproductive relations collapses into a bedlam unspeakable. Lost is the notion of paradigmatic physical realities and any words to articulate them. The court’s aim to discard “daughter” yet preserve “father” illustrates the incoherence plaguing trans ideologues with their characteristic half-use of the real world they endeavor to erase.

Predictably, the court went on to order the father to submit to the new trans vocabulary, forbidding him to speak to or about his daughter using her given name, or otherwise use words that would identify her as a female or as his daughter. And, in a fitting conclusion, the court ruled the child authorized to pursue unimpeded a new legal name and male legal status, and that her (or “his”—as the judge wrote) mother and father (whatever those words now mean) may not interfere with these public acts of symbolic self-generation hereafter pursued by the fourteen-year-old monad they may no longer call daughter.

Under trans ideology, the family as natural institution is finished. Whatever remains of its traditional form (now empty of public reasons for its existence) is a wholly owned subsidiary of the state, whose chief regulatory function is to enable its constituents to escape and defy what once were the family’s protective authorities of belonging and relatedness.

The Mother of All Error

Recently, courts have been assigning paternity status to women. State law historically and uniformly set forth the evidentiary presumption that a man is the natural father of a child born to his wife. But because of the commerce of sperm banks, the redefinition of marriage to include a relation of two women, and the progressive discernment that legal fairness requires stipulating the irrelevance of sexual differences and their properties (except as commodities for purchase), courts have discovered that the statutory terms “man” and “father” just as well mean “woman” and “mother.” “Paternity,” therefore, is to be redefined as an androgynous caretaking role just as well handled by a female genetic stranger (“mother”). Fair-minded children surely will not notice a difference, anyway. One nice, judge-approved adult functionary is as good as any other.

Centuries ago, Richard Hooker wrote that to treat in language those things that are in fact different as if they were the same is “the mother of all error.” He presumably did not anticipate that his employment of that maternal metaphor would ensure his indictment itself would lose its intended sense upon arrival of a consummate case of the error he decries. In the Obergefell and trans era, mother as a paradigm no longer describes a woman’s generative and gestating relation to offspring, but must now denote an interchangeable state-appointed custodial superintendent. Fittingly, Hooker’s cautionary advice loses its meaning at the very moment its vindication is epitomized.

Upon converting words of male and female significance into markers for selectable states of mind without physical referent, the innovators posit a new humanity. They have imagined away the organic community of familial persons and removed it from language, to be replaced by an aggregate of self-defining ghostly units contractually clustering. To paraphrase Isaiah, they have given birth to wind. The new person is loosed from relational physicality into the ether of abstraction. Vanquished is the family web of derivation, relation, and connective permanence. We are now radically alone.

Once bodies are shorn from identity and deemed silent on personal classification, there can no longer remain male or female, he or she. The affront in the vocabulary hijacking project is that words of identity marking what is immutable, momentous, public, and visible (the sex of persons) are inverted to mark instead what is mutable, mundane, private, and invisible (the desires of persons). When pronouns are transmuted into a proprietary feature of individuality, “she” can no longer designate a category, as there are no points of apparent commonality among those who would choose to affiliate with that now-emptied word no longer referring to a physical form. Once a wish supplants the thing wished for, the wish itself (now bereft of its object) dissolves. And when such a wish defines human identity, it is we who dissolve. C.S. Lewis succinctly described the dynamic, and the futility, of this sort of project: “It is like the scent of a flower trying to destroy the flower.”

The essence of the transgender ideology revolt is a human fade into meaninglessness. Its medical and linguistic crimes are enactments of the ideal nothingness into which it consigns us all, by definition. To capitulate on pronouns is not an act of charity. It is rather the total surrender of the world, in a word.