When Does the Government Own Our Speech? 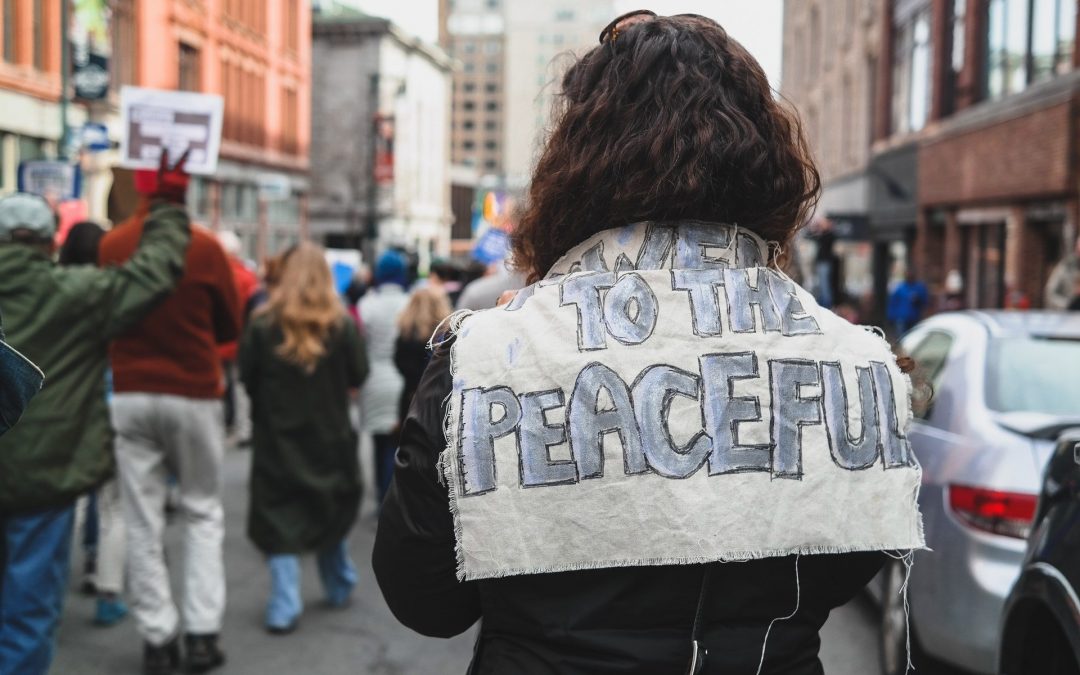 When I viewed this video, I wondered if it was a hoax. I thought it must be a group of actors trying to make a point about how far restrictions on speech have gone. Unfortunately, the video captures reality in Scotland in 2019.

The video picks up an exchange between a Scottish high school teacher and a student. The class was asked to sign up for a website, and according to the student, the teacher commented on how old fashioned the website was for listing only two sexes. The student, Murray, remarked, “But sir there’s only two genders,” and the teacher insisted they continue the discussion outside the classroom. 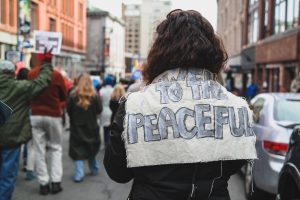 Murray recorded the encounter on his phone. Here are some of the lowlights of the recorded dialogue:

Murray: “Why did you kick me out of class? It’s not very inclusive of you.”

Teacher: “I’m sorry, but what you were saying is not very inclusive, and this is an inclusive school.”

Murray: (referring to the teacher’s viewpoint that there are more than two genders): “That’s your opinion.”

Teacher: “That is my opinion, and that is an opinion which is acceptable in this school.”

Teacher: “Will you please keep that opinion [referring to Murray’s view that there are two genders] to your own house, not in this room?”

Murray: “So you got to put your opinion out in class, but my opinion has to stay inside my house?”

Teacher: “I am not putting my opinion out. I am stating what is national school authority policy.”

Teacher: “I know what you think, and I know what the authority thinks.”

Following the UK “national school authority policy” on the number of genders, children are taught there are 100 “gender identities.”

Murray wasn’t sent to a reeducation camp, but the school suspended him for several weeks.

As for the teacher, he’s trying to be a proper government functionary. Perhaps he’s dreaming of retirement or at least the day when students like Murray will no longer dare to challenge him.

If you’re sure this sort of incident couldn’t happen in America, think again.

Support for Free Speech Is Dropping

A new survey conducted in the United States by the Campaign for Free Speech found 51 percent of Americans agreed with this statement: “The First Amendment goes too far in allowing hate speech in modern America and should be updated to reflect the cultural norms of today.” 48 percent thought, and a majority of millennials agreed, “hate speech” should be outlawed. An astonishing 54 percent of millennials thought jail time should be the consequence penalty for hate speech. Hate speech was not defined in the survey.

If you thought anti-free speech sentiment is limited to college campuses, you would be wrong.

57 percent of Americans are ready to have government “take action against newspapers and TV stations that publish content that is biased, inflammatory, or false.”

These findings are not out-of-line with earlier surveys such as a Cato Institute 2017 Free Speech and Tolerance Survey, which found that 40 percent of Americans think the government should prevent hate speech.

Recently, Richard Stengel, a former editor of Time, called for limits on the 1st Amendment. In a Washington Post op-ed, Stengel wrote “the intellectual underpinning of the First Amendment was engineered for a simpler era,” and without defining hate, he called for laws prohibiting “speech that incites hate.” For Stengel it’s a bad thing, not a strength of America, that our “First Amendment standard is an outlier.”

If you thought anti-free speech sentiment is limited to college campuses, you would be wrong.

Government Doesn’t Give Us the Right to Free Speech

Perhaps there are flaws in the survey design by the Campaign for Free Speech, yet the findings warn of waning support for our constitutional rights.

Congress shall make no law respecting an establishment of religion, or prohibiting the free exercise thereof; or abridging the freedom of speech, or of the press.…

When the first amendments to the Constitution—the Bill of Rights—were being debated, Madison and other Founders initially feared enumerating rights would later be interpreted to mean only rights named in the Constitution would be protected.

Madison addressed those fears with the 9th Amendment to the Constitution:

The enumeration in the Constitution, of certain rights, shall not be construed to deny or disparage others retained by the people.

Madison was adamant on the absolute nature of the 1st amendment even when the results displease some or many:

Our First Amendment freedoms give us the right to think what we like and say what we please. And if we the people are to govern ourselves, we must have these rights, even if they are misused by a minority.

Just as you can’t be half-pregnant, there is no such thing as government regulated free speech. If government is the arbiter of what is acceptable speech, you are on the road to a dystopian nightmare. The Founders were clear: fallible individuals, limited in knowledge, were not be trusted with power to infringe on our rights.

Nor, Madison believed, would a democratic vote offer any protection for free speech. In Federalist Paper No. 10, Madison explains that democracy offers no protection against the passion of a faction opposed to liberty:

When a majority is included in a faction, the form of popular government…enables it to sacrifice to its ruling passion…both the public good and the rights of other citizens.

North Korea, Where All Speech Must Glorify the Government

Masaji Ishikawa was born in 1947 in Japan to a Korean father and a Japanese mother. His father was a violent alcoholic. In 1960, Ishikawa’s family, mired in poverty, moved to North Korea as part of a mass repatriation movement that included almost 100,000 Koreans, lured by promises of a “paradise on earth,” a “land of milk and honey.”

In his book A River in Darkness: One Man’s Escape from North Korea, Ishikawa learned that as a fish doesn’t understand water, he didn’t understand the freedoms he had in Japan:

When I lived in Japan, I never really pondered my life… I became obsessed with all the things I had taken for granted before, and all the hardships that marked my life now. But that didn’t last long. I soon learned that thought was not free in North Korea. A free thought could get you killed if it slipped out. If you were lucky, you might get sent to some remote mountainous region to do hard labor. Or you might get sent to a concentration camp for political prisoners because you were deemed a “liberal” or a “capitalist” with “bad habits.” And bad habits needed to be stamped out. By means of a jackboot to the genitals. Or then again, you might simply be executed.

Ishikawa’s family was a potential source of ideas dangerous to the North Korean police state:

We were constantly monitored by the goons of the State Security of North Korea and the secret police. I guess we posed a double threat. We’d brought some dangerous items with us from Japan when we moved — things like bicycles and electrical appliances and half-decent clothes. What if the local villagers came to realize that their standard of living was pitiful? Worse still, what would happen if they got wind of the concept of free thought from us? They might question the wisdom of Kim Il-sung. And that was verboten.

Education in North Korea consists mostly of studying the collected works of the despots Kim Il-sung and Kim Jong-il’s “revolutionary thought.” Their doctrine of Juche is the backbone of North Korean society. In his book, The Impossible State: North Korea, Past and Future, Victor Cha explains the indoctrination:

Juche was seared into the minds of every North Korean every day through repetitive indoctrination sessions. There was almost a biological and anatomical rationalization for loyalty that went along with the spiritual. Juche’s writings taught that the Great Leader (Suryŏng) Kim Il-sung was the brain, the party was the nerves, and the people were the arms, legs, muscle, and bone of the state. Two messages of obedience emerged: (1) without the brain, the rest does not function; therefore, there must be complete loyalty; and (2) independent thinking was not needed, since this was handled by the brain. The only critical thinking that was allowed was self-criticism based on guilt for not serving the leader well.

In North Korea, speaking your mind is incomprehensible.

Reading my essay, you might think I’m overwrought. Surely, those who want to restrict hate speech don’t want “complete loyalty” to a future presidency of, let’s say, Elizabeth Warren. They don’t want Americans to memorize her speeches or study her ponderings in school.

If you believe my worries are unfounded, read again the exchange with the Scottish teacher and Murray. The teacher thinks he is innocent in stifling dissent. He is merely spreading “national school authority policy.” The teacher knows what Murray thinks and he “knows what the authority thinks.” The view of the “authority’s” trumps the student’s opinions.

In a future democratic socialist administration mired in economic collapse, is it a stretch to predict that protection of free speech will continue to wane making criticism of government policies verboten?

Ishikawa didn’t understand the freedoms he had in Japan until he lost freedom in North Korea. Like Ishikawa in Japan, today’s Americans don’t know we are swimming in the warm waters of liberty, with the freedom to speak our mind.

In degree, America is far removed from the world of North Korea. But when government is given the power to determine what is acceptable speech, we are operating out of the same totalitarian mindset that leads to dystopian hell. If totalitarianism comes to America, we will have no one to blame.