The West’s Gaza:  The Start of a Long Struggle? 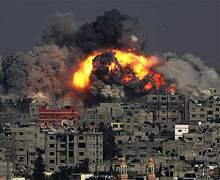 By Jonah Goldberg | No one in the West wants a long struggle with jihadism. The problem is the enemy always gets a vote.

The hawks (including me) were wrong about a lot, but some got one thing right. It’s going to be a long war.

In the early days after 9/11 there was a lot of talk about a “clash of civilizations” and a long “existential struggle” facing the West. I once asked the late Christopher Hitchens what he felt on that terrible day, and he said he felt no small amount of joy.  Not for the suffering and death, but for the fact that the West finally had been awakened to the terrible but necessary struggle before us.

And for a time, many liberals bought into the idea that America was heading into a generational struggle with jihadism. There were a slew of books on the subject. Peter Beinart, for instance, wrote The Good Fight: Why Liberals — and Only Liberals — Can Win the War on Terror and Make America Great Again. As the subtitle suggests, there was a lot of partisan mischief in his argument, but it rested on the premise that liberals must accept that “Islamic totalitarianism” — his phrase — has replaced communism as our enemy. On this, at least, Beinart and company, briefly agreed with George W. Bush that the war against “Islamic fascists” (Bush’s term) was the “decisive ideological struggle of the 21st century.” 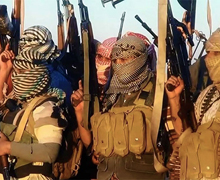 That consensus evaporated in the hot rage ignited by the Iraq war. By the time President Obama was elected, even the war in Afghanistan — once the good war according to most Iraq-war critics — had become an emotional albatross. Tellingly, among Obama’s first executive orders was one to close the prison at Guantanamo Bay as quickly as possible.

This was a triumph for the new enlightened consensus that the war on terror wasn’t really a war at all. In 2007, retired general Wesley Clark co-authored an op-ed for the New York Times ridiculing the idea that al-Qaeda was a military enemy. “Labeling its members as combatants elevates its cause and gives al-Qaeda an undeserved status,” he argued. The “more appropriate designation for terrorists is not ‘unlawful combatant’ but the one long used by the United States: criminal.”

Although Obama has tried to move captured terrorists into the domestic criminal-justice system, to his credit, he never fully bought into this argument. Still, he cast terrorism as a manageable problem for the experts, not a civilizational struggle. Zeus-like, he personally went over his kill lists, selecting which enemies should be dispatched with a drone strike or, in the case of Osama bin Laden, the furies of SEAL Team 6.

When new threats emerged, the White House dismissed them with the whitewash that “core al-Qaeda” was “on the run.” All pretenders to al-Qaeda’s mantle were little more than a “jayvee” squad, as Obama put it. It’s okay to slumber again was the message.

One jayvee squad — the self-styled Islamic State formerly known as the Islamic State of Iraq and Syria, or ISIS — now controls the territorial equivalent of Britain and is one of the best-equipped and ideologically committed military forces in the Middle East. Everyday jihadis — many with Western passports — enlist in the struggle to create a global caliphate while the “Muslim street” from Turkey to Saudi Arabia follows the Islamic State like a sports team.

The Islamic State’s atrocities are too numerous and too horrible to list here. It includes rape and slavery, religious cleansing, mass murder, public crucifixions, and beheadings. Over the weekend, an Iraqi official said that the Islamic State had killed at least 500 Iraqi Yazidis, burying some alive, including women and children. The group is only too happy to tweet about all of it.

Watch Vice TV’s reports from Islamic State-controlled parts of Syria and you will quickly see how the word “criminal” is morally, logically and strategically inadequate. They indoctrinate children to become jihadists and suicide bombers. They vow to fly their black flag over the White House.

Pentagon officials told NBC’s Jim Miklaszewski that they see the Islamic State as a “10- to 20-year challenge.” I hope that’s pessimistic. But it’s simply realistic that the ideological agenda driving these jihadis will present a challenge for far longer than that.

No one in the West wants a generational struggle with jihadism any more than Israel wants perpetual war with Hamas in Gaza. The problem is the enemy always gets a vote. It just may be that the Middle East will become the West’s Gaza. And, so far, nobody has a good answer for what to do about it.