The Qualities of a Great Leader: Do You Measure Up? 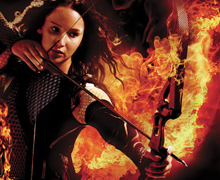 By R.J. Snell | In a recent essay, Mark Shiffman notes that in the fiercely competitive but nonetheless gloomy context in which university students find themselves, many opt to “major in fear.” Fear that they won’t find work or pay off student loans. Fear of lost opportunities or moving home with mom and dad.

“it’s easy to see why The Hunger Games is the novel of their generation. The trilogy depicts adolescents rigorously trained by adults for desperate but meaningless life-or-death competitions. Its dark emptiness resonates with students’ latent unease and dissatisfaction with their educational regimen, as well as with their worry that they’re all honed up with no place to go.”

In this fearful state, students skip the humanities in favor of something “more practical”, perhaps more suited to pre-professional training. Only those with leisure can afford to study philosophy, and fearful people have no luxury for leisure, or so it is thought. 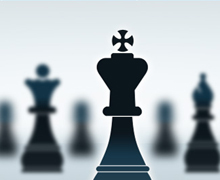 Never mind that many employers actively seek out English or Classics majors; that philosophy students, statistically, end up with greater earning power than an average business student; that both medical and engineering programs are pushing students to learn the arts or history. Never mind that Jean Paul Getty, perhaps the richest man in the world at the time of his death, employed readers of Greek and Latin to run Getty Oil. This seems quite romantic, and yet his reasons were entirely pragmatic: “Asked why he insisted on employing classicists in key positions, he answered bluntly: ‘They sell more oil.’”

Wanting Something Worth Getting

On a purely practical level, there is a case to be made for the humanities. But fear responds poorly to reason, and the number of majors in the core humanities is declining, at an accelerated pace since the recession. Moreover, for those interested in leadership, a similar cultural trajectory pushes into the technical aspects of leadership—the how or means, the techniques or best practices of getting things done, of communicating, planning, strategizing, organizing, motivating, and delivering outcomes. That’s fine, as far as it goes, but it reduces leadership to management, often overlooking the character and virtue of the person. It asks not whether the leader is a good woman or man but whether he or she is effective.

Surely, some will say, that is naive. “Character is a private and subjective matter.” “We want leaders who are good at leading, not leaders who are simply good.” “Maybe in a perfect world, but we just don’t have the luxury for this.” Like many contemporary students, leaders are more afraid of failing to make a living than of failing to live well.

But leadership is about human flourishing, so to think about leadership without virtue is to divorce leadership from living well. And then what is the point of leadership? Mere success? I should think that real leaders want something more. They should aim higher, both for themselves and for those they lead. Success is too small a goal, not noble enough, even though necessary. Recall the distinction Aristotle makes between the person of cunning and the person of practical wisdom. Both are accomplished at attaining what they set out to do—at getting what they want—but the cunning person lacks nobility or virtue in his desires, often wanting something base, while the person of wisdom gets what he wants and wants something worth getting. Something noble.

Great leaders want more than to get what they want; they want great and good things.

Consider American history and the remarkable bounty of leaders during the revolutionary era. A small, scattered, and often uneducated population produced an almost unbelievable crop of leaders. The historian Henry Steele Commager once remarked that if Florence was conducive to great art and Vienna to great music, the specialty of colonial Virginia was statesmanship. With a total population smaller than that of contemporary Delaware, Virginia nonetheless gave us Washington, Mason, Henry, Jefferson, Madison, and Marshall, and at the same time. How did this happen?

Commager lists several factors, especially the relatively limited opportunities for talent at the time. But at least some causation has to be given to the classical impetus for duty to the commonweal and a concern for the welfare of posterity. The concern for posterity involves both the sense of being remembered—fame—and the felt duty to benefit generations not yet born: “our descendants to the thousandth and thousandth generations,” as Jefferson put it.

The historian Douglass Adair stresses the Founders’ desire for fame. Fame, he says, is “the action or behavior of a ‘great man,’ who stands out, who towers above his fellows in some spectacular way.” The desire for fame causes action; it pushes people to “reject the static complacent urge . . . to merely be and invites a strenuous effort to become.” The colonial leaders, he claims, sought fame, sought it above all else (clearly above money, about which they were famously careless), dedicating their efforts to the well-being of others, including their posterity—us.

The political scientist Robert Faulkner thinks this analysis is not quite right. He notes Lincoln’s great ambition of “being truly esteemed by my fellow man” and “rendering myself worthy of their esteem.” For Faulkner, the great leaders are ambitious—they desire to be in charge, to have their names in the papers, and to make a difference (power, reputation, and accomplishment)—and the greatest leaders are those with truly grand ambitions. But, he continues, Lincoln and others like him not only seek the good opinion of others—fame alone—but also wish to be worthy of that good opinion. Or, as Aristotle describes it, the good man doesn’t merely want honor; he wants honor as confirmation of his virtue.

America’s great statesmen, then, wished not only to win a name for themselves but also to be worthy of renown. This was not vainglory that welcomed all praise blindly; rather, as Faulkner puts it, they sought “intelligent honor, bestowed knowingly and deservingly.” In what Faulkner calls a “reasonable understanding of human excellence,” the leader wishes to earn true esteem and also to be recognized or counted as good.

The Real Measure of Education—and Leadership

This is an interesting combination: a passionate desire for esteem, a passion that motivates leaders to undertake difficult and grand tasks and see them through, but in a reasonable and excellent way. How does one become such a person?

Here the venerable tradition of the liberal arts—the free arts—has something to offer, if properly understood. Too often we think of the liberal arts as existing to form minds or intellects alone, or even to provide “skills” for the worker. But the real measure of an education is not the extent of our intellect but the responsible exercise of our freedom.

Moreover, the responsible exercise of freedom is not attained by formal rationalism. While we may wish it so, reading about virtue does not create virtue. As C. S. Lewis explained, “I had sooner play cards against a man who was quite skeptical about ethics, but bred to believe that ‘a gentleman does not cheat,’ than against an irreproachable moral philosopher who had been brought up among sharpers. In battle it is not syllogisms that will keep the reluctant nerves and muscles to their post in the third hour of the bombardment.” Or, as Plato articulated so well in the Republic, the first duty of education is the formation of good opinion regarding pleasures and pains, things delightful and shameful. Taste is prior to understanding, and we generally bother to understand only those things we already love.

In the Republic, the future philosophers are trained to value and honor nobility as a precondition for the right use of reason, for often the blindness or sophisticated confusion of reason can be safely guided by moral imagination, by noble and just sentiments or emotions. In a helpful image, Lewis describes reason’s need of emotion as the “head rul[ing] the belly through the chest.”

As Faulkner describes it, reasonable ambition includes a desire to be worthy of great things, and while accomplishment requires skill and art, it also requires nobility of character and desire. One must have a keen and discriminating sense of those things that are fine and honorable, and a sharp dislike of baseness. Such ambition requires a noble soul, or magnanimity.

Leaders need to be magnanimous—big-souled people who reach out for grand things, but who reach out for them in noble ways. Men and women who know and will and choose and labor for the highest and most noble things.

We need leaders like that. As you learn leadership, raise your vision; don’t let fear drag you into desiring success alone. Instead, pursue human excellence in its fullest form. And look for help where it may be found, in the wisdom and tradition and knowledge of the past, the lamp of experience, which the best of the liberal arts can offer. Seek fame and honor, certainly, but seek more to be worthy of them.

The Qualities of a Great Leader: Do You Measure Up?