The ‘Moral Clarity’ of the Mob 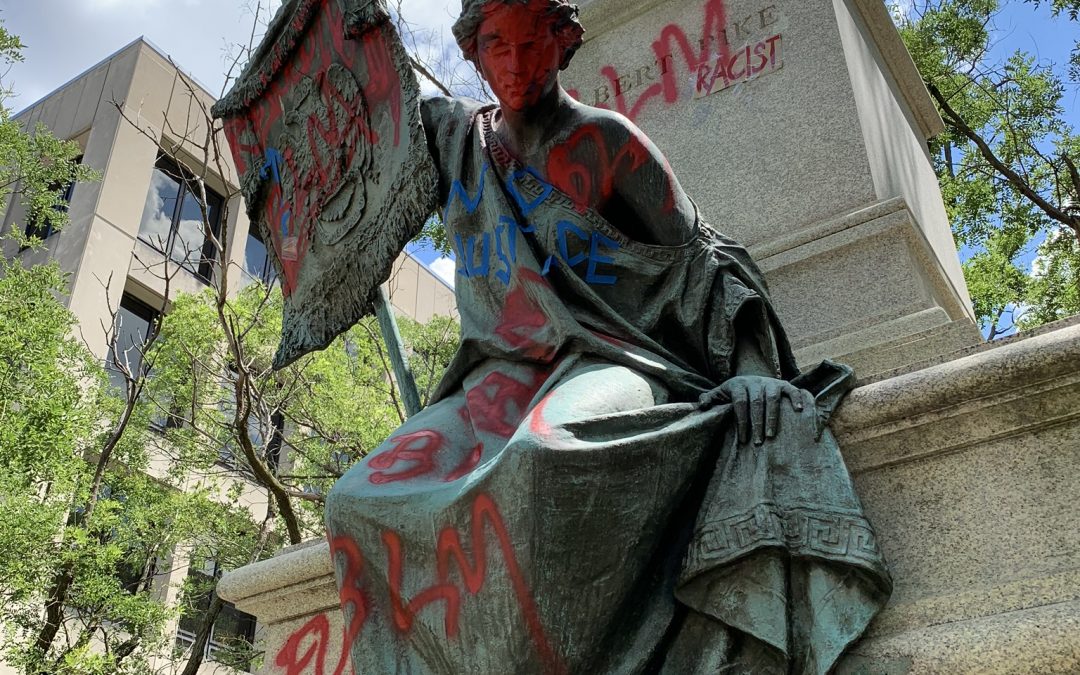 Things move quickly though not evenly. Last week, more statues of American and Confederate figures were torn down, another riot broke out in Portland, there were rumblings that Hamilton might be next on the cancel list, and the California state legislature voted to strike anti-discrimination language from its constitution in obeisance to the inequalities of left-wing identity politics. All this was leading up to a Fourth of July weekend that, according to some elites, was to be unlike any other. As Maeve Reston put it at CNN, “many Americans” would spend this Independence Day “wrestling with the racist misdeeds of the country’s heroes” and “attempting to relearn the nation’s history.” 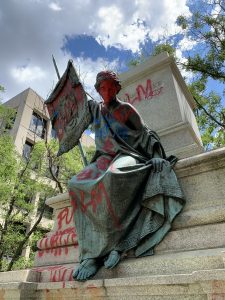 How galling to discover they did no such thing. Outside of our newsrooms and faculty lounges, most Americans went about the Fourth as they always had, grilling burgers and dogs, sending up fireworks, belting out the patriotic hymns. That polls show they also want justice for George Floyd was no great obstacle to celebrating a country where such self-correction is not only possible but part of the national credo. The bourgeoisie Bolsheviks, who want to repudiate that same country, must have been furious; the damned rubes, they must have concluded, were in need of a little “moral clarity.”

Some explanation on those last two words. In early June, the progressive writer Wesley Lowery sent a tweet calling for the journalism industry to be rebuilt into “one that operates from a place of moral clarity.” By that, he meant reporters should tell truths—which is to say, truths friendly to his worldview—rather than assume a position of supposed objectivity. This drew a lengthy essay from Andrew Sullivan, who argued that in exalting “moral clarity,” Lowery had eschewed moral complexity. The result of such thinking, Sullivan said, is a new orthodoxy that sees America as fundamentally racist and tainted rather than a liberal work in progress. This “manic, Manichean world” forbids any disagreement, viewing dissenters as suspect and demanding they be ousted from their jobs. Moral clarity, in other words, is just an excuse for totalitarianism.

From there came another piece (last one, I promise) by Masha Gessen at the New Yorker, who asked, “Why are some journalists afraid of ‘moral clarity’?” Gessen took issue with Sullivan and what they saw as his false antithesis, placing left-wing moral clarity and moral complexity in opposition. In fact, Gessen said, moral clarity is not simplistic at all. Rather it’s “a quest, guided by clear values and informed by facts and context, and clearly aligned with the original concept of journalistic objectivity.” Gessen then attempted to clarify where exactly this intrepid “quest” might take us:

Just a few years ago, the question of whether couples of the same sex should have the right to marry was up for discussion. Today, there would probably be an outcry if the Times decided to stage a pro-and-con debate on the issue, because the Supreme Court has ruled that marriage is a constitutionally protected right and because public opinion has shifted. Whether Americans should have access to universal, taxpayer-funded health care is currently subject to debate; with any luck, in ten years, it will not be.

In other words, moral clarity means the hardening of left-wing policy preferences into unquestioned cultural assumptions. Because Sullivan is arguing against this, because he wants to continue to think about these things, he’s an intellectual anarchist; he believes, as Gessen put it, that “everything should be subject to debate, that the sphere of legitimate controversy ought to be boundless.” This, of course, is what many liberals used to believe, with “question everything” their mantra. But that was decades ago. Much has changed since then. The left has won the culture war; its ideas are ascendant. Free inquiry is less useful now, allowing, as it does, annoying challenges to the enforcement of left-wing doctrine, including the view that America is terminally stricken by racism. This new consensus, Gessen says, is “based on a different set of assumptions than the old story—and this is a good thing, and a necessary thing, as is moral clarity.”

In addressing Gessen’s argument, we might start by recalling the last time the term “moral clarity” entered our lexicon: during the run-up to the Iraq war. Back then, the conservative author William J. Bennett published a book titled Why We Fight: Moral Clarity and the War on Terrorism. From there, “moral clarity” became a rallying cry for those who wanted to shut down criticism of the Bush foreign policy, especially objections that it was too simplistic, too heedless of the Middle East’s complexities. 9/11, the Bush defenders argued, had cleared up all that. It had dawned a new age, one that had thrown the world into stark relief. Whereas before we might have tolerated or ignored Saddam Hussein, now we could see his evil clearly, and really, that was all we needed.

Except it wasn’t all we needed. We stormed into Iraq on a carousel of twirling rationales—WMDs, international law, democratic values—with a single moral fact at its center: Saddam was evil. The result was chaos, bloodshed, sectarian strife, civil war, and a botched occupation that’s left America hog-tied to Mesopotamia to this day. Moral clarity proved insufficient. It gave us an exhilarating sense of self-righteousness, but it couldn’t answer all the subsidiary questions that followed: how to patch up ancient Sunni/Shia enmities, how to occupy a turbulent nation. Yet even still, its powerful glow, its alluring reductiveness, proved difficult to extinguish. As late as 2008, Ari Fleischer was telling the New York Times that what he would miss most about George W. Bush’s presidency was its moral clarity.

Today it’s the wokesters who lust after such simplicity. Confronted with immense questions of race and progress, they prefer a single moral clothesline: the racists have got to go. Period. QED. And it’s certainly true that racism is poisonous, just as it was true that Saddam Hussein was evil. Yet just as Saddam’s iniquity didn’t sort out everything that came afterwards, so too does racism’s wickedness not necessarily justify the destruction of statues, the censure of our past, the condemning of America as incurably bigoted. These things are complicated, especially as they phase from the concrete into the abstract, a single statue to our entire history. The only way to consider all their facets is to subject them to input from all sides, to rigorously debate them. I can’t speak for Andrew Sullivan, but that’s how I would defend moral complexity. Gessen waves all this away: too late, the new consensus is already here. Yet some of history’s worst crimes have been committed under the auspices of a revolutionary and uniform moral understanding. Would only that we’d questioned them more.

Ahead of the Fourth of July, officials in Los Angeles County banned all fireworks, an injunction echoed by Governor Gavin Newsom. Californians considered this, then said: nah. On Independence Day, they absolutely lit up the Los Angeles skyline, a spectacular rejection of authority in a million colors. And therein lies another reality about America and moral clarity. Our country, it’s true, sometimes falls for moral panics and simplifying ideologies, like the kind currently mobbing our statues. But when those hegemonies intrude too far, when they push too hard, the middle finger tends to go up rather quickly. That isn’t the best manifestation of free inquiry, but it does amount to a kind of genetic defiance, a built-in defense mechanism against pointy heads who wield power too piously and think they have all the answers.

Gessen and friends assume that history is on their side. But the rest of America gets a say, too. And it just might be that they buck this pack of moralizing totalitarians the same as they have others before.

The ‘Moral Clarity’ of the Mob