The Deadly “Quality of Life” Ethic 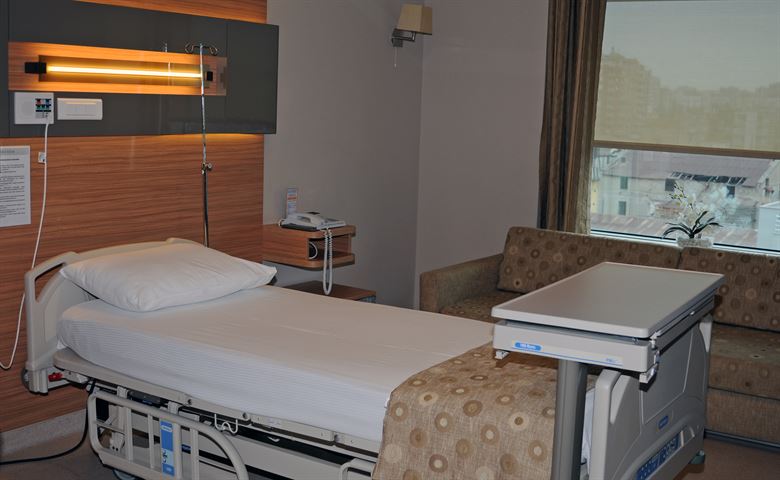 Something evil happened recently in Austin. Michael Hickson, a forty-six-year-old African-American man with quadriplegia and a serious brain injury, was refused treatment at St. David’s Hospital South Austin while ill with COVID-19. The hospital withheld his tube-supplied food and water despite the objections of his wife, Melissa—and even though Michael might have survived the illness with the medical care generally provided COVID patients. Michael died on June 11 because his doctors did not believe he had a sufficient “quality of life” to justify curative treatment, and that because of his disabilities, saving his life was “futile.” 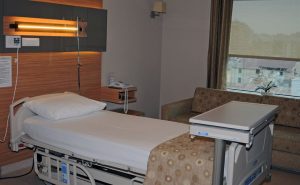 Here’s the backstory: In 2017, Michael experienced brain injury after cardiac arrest. He was quadriplegic and had seizures. But he was conscious and, according to Melissa, able to do math calculations and answer trivia questions. Wasn’t his life as precious as everybody else’s? Not according to Michael’s doctors. When Michael became sick with coronavirus, his doctor informed Melissa that treatment would not improve the quality of his life (meaning, he would remain quadriplegic and cognitively disabled if he survived), so the medical team “and the state,” through a court-appointed guardian, had decided all treatment except hospice comfort care should end.

Melissa was unable legally to save her husband’s life by insisting that he receive proper care. Having been appointed Michael’s temporary guardian, she was in a legal struggle with Michael’s sister over his custody, a dispute that predated Michael’s hospitalization. Family Eldercare, a nonprofit agency, had been appointed interim guardian until a final decision could be made about permanent guardianship. Doctors convinced Family Eldercare to approve Michael’s transfer to hospice care even though he was breathing on his own. Michael died of pneumonia after six days on hospice, the withdrawal of artificial nutrition and hydration having no doubt weakened his body’s ability to fight disease. Even without pneumonia, Michael would have soon died of dehydration.

Please note that this wasn’t a case of triage, a sad necessity required by a lack of resources in a time of pandemic emergency. Nor was it a situation of doctor said/wife said. Melissa recorded her conversation with the unnamed physician and posted it on YouTube so we can all hear for ourselves what families in these circumstances too often experience when dealing with the healthcare needs of disabled and elderly patients.

Here’s the substance of the conversation from the YouTube transcript, with my commentary.

Doctor: At this point, the decision is, do we want to be extremely aggressive with his care or do we feel like this will be futile? And the big question of futility is one that we always question. The issue is: Will this help him improve the quality of life, will this help him improve anything, will it ultimately change the outcome? And the thought is the answer is no to all of those.

Melissa: What would make you say no to all of those?

Doctor: As of right now the quality of life, he doesn’t have much of one.

Melissa: What do you mean? Because he was paralyzed with a brain injury, he doesn’t have a quality of life?

The doctor did not base his decision on the seriousness of Michael’s illness, but on his continuing disability. This is a classic example of applying the invidious “quality of life” ethic, which deems people with disabilities, the elderly, the chronically ill, and the dying to have a lower moral worth than the healthy, able-bodied, and young; this ethic sometimes translates into denying the weak and vulnerable medical care that others would receive readily.

Back to the conversation:

Doctor: Well, it’s definitely not me. I don’t make that decision. However, will it affect his quality, will it improve his quality of life, and the answer is no.

Melissa: Why wouldn’t it? Being able to live isn’t improving the quality of life?

A bit later, the doctor says that the decision is not Melissa’s to make.

Melissa: So the fact that you are killing someone doesn’t make sense in your mind?

Melissa: And I totally agree with you on the intubation part of it. I don’t want him intubated. But I also don’t think you should just sit him somewhere to be comfortable until he finally just drifts away. That to me is futile too. That’s saying you’re not trying to save someone’s life. You’re just watching them go. The ship is sailing. I mean that just doesn’t make any sense to me to not try. I don’t get that part. I don’t like that part.

Melissa is not asking for intubation. She is not asking for “everything possible” to be done. Rather, she wants proper care for Michael, which would presumably have included medicines and tube-supplied food and water.

The doctor becomes increasingly tired of the conversation:

Doctor: But what I’m going to tell you is that this is the decision between the medical community and the state.

Melissa: And the state. Forget about his wife and his family and his five kids.

Doctor: I have nothing to do with that.

The recording ends there.

What can we learn from this? First, people should sign advance directives naming legal surrogates who will make medical decisions for them in the event of incapacity. Michael had apparently not done that. Had Melissa been Michael’s legal surrogate, it is very possible he would be alive today, because she would not have consented to his transfer from acute care to hospice.

Second, the quality of life ethic is deadly. When doctors fail to recognize life itself as a good, and only deem as “good” those lives they perceive to be of sufficient quality, the weak and vulnerable are put at material risk.

Finally, our societal attitudes need adjusting. Rather than upholding a quality of life ethic, we should insist that society generally—and medicine specifically—adhere to the sanctity/equality of life ethic, according to which everyone is considered equally valuable and worthy of living and care. This ethic would not force people to accept medical treatment they do not want. But it would keep the most weak and vulnerable among us, people like Michael Hickson, from being pushed out of the lifeboat by doctors who can’t imagine why anyone with quadriplegia and cognitive incapacities should go on living.

The Deadly “Quality of Life” Ethic