The Big Bang Theory: From Caricature to Complexity 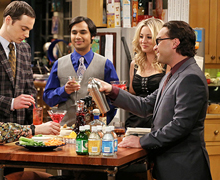 By Peter Augustine Lawler | The highly rated CBS sitcom The Big Bang Theory compensates for its lack of refinement (it has a laugh track!) with its brains.

The show began with characters who were more like caricatures of four types of physical scientists: the theoretical physicist (Sheldon Cooper), the experimental physicist (Leonard Hofstadter), the astrophysicist (Raj Koothrappali), and the aerospace engineer (Howard ­Wolowitz). Their research shares in common a lack of concern with human or other forms of life. 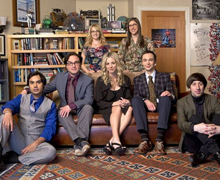 But these stock characters became more fleshed out as their relationships with women developed. Most of the show focuses on relationships with girlfriends and (eventually) wives—Leonard’s romance with Penny, the “hot” waitress/actress; Howard’s courting of and marriage to Bernadette, a microbiologist; and even Sheldon’s pairing with the neurobiologist Amy, who at first seems identical to Sheldon in her indifference to the animal part of her being but who gradually gets more open about her sexual and relational needs.

As important as the girlfriends and wives are to the show, perhaps the most interesting developments involve mothers. Howard initially connects with Bernadette, with whom he seems to have little in common (he is Jewish while she is Catholic, frequently wearing a cross around her neck), only when they discover that they both have overbearing mothers. Howard’s relationship with his monstrous caricature of an infantilizing Jewish mother (we never actually see her morbid obesity but cringe every time we hear her shouting) makes it tough for him to become a maturely relational husband. Still, family means enough to him that he wants children, although his wife (whose parents are colder than his mom) doesn’t.

Sheldon’s and Leonard’s mothers show up in many fewer episodes, but they are crucial to the show in that they represent different extremes when it comes to understanding the world. Leonard’s mom, Dr. Beverly Hofstadter, is a psychiatrist and neuroscientist; she delights in accounting for human behavior as the measurably mechanical. She understands herself as pure brain and asocial bodily mechanism, and so she complacently takes responsibility for her own sexual satisfaction. Unimpressed with her son’s mind, she hasn’t bonded at all with him, but Sheldon becomes her intimate confidant—one brain relating to another.

Meanwhile, Sheldon describes his mother, Mary, as “a kind, loving, religiously fanatical, right-wing Texan.” What that description misses is Mary’s astute—if incomplete—understanding of human behavior. In many ways she understands her son better than he understands himself. She never thinks for a moment that her son’s behavior can be excused by Asperger’s or some other antirelational disorder. She makes no excuses for his arrogance, awkwardness, or rudeness, and she even coaxes him to apologize to his former boss to get his job back after he is fired. Mary accepts Sheldon just as he is, while trying to help him be as good as he can be.

Sheldon and his mom are the two theologians in the show. Mary believes in a kind, loving, and morally judgmental God, and she does pretty darn well in living as a creature made in his personal image. Sheldon, by contrast, at one point exclaims that his time is best used employing his “rare and precious mental faculties to tear the mask off nature and stare at the face of God.” Not only is the world the home of the human mind; understanding it points beyond nature itself to the mind behind it. And Sheldon can’t help but think that God is something like him—a brain with a face.

We have almost come to expect television to portray believing Christians as ignorant and closed-minded. The Big Bang Theory follows the typical form, allowing Mary to be fanatical and politically incorrect in speech. But the conventional “text” often barely obscures the genuinely subversive “subtext.” Mary possesses a wisdom about human nature—about the being who is neither mind nor body nor merely a mixture of the two—that her genius son and the hyper­accomplished Beverly Hofstadter lack. Mary and Beverly are polar opposites when it comes to parenthood. Only one of them thinks and acts truthfully as a loving and attentive mother. The other is pretty much a morally monstrous deformation of the social animal Mr. Darwin describes. Dr. Hofstader’s ignorance of who she is as a relational being is much more extreme and much less benign than Sheldon’s. Sheldon has spent his seasons on the show getting more attuned to what it means to be relational; Beverly is incurable, it would seem.

Walker Percy reminds us that the physicist can explain everything but the physicist, the irreducible person open to the truth about being. Like the physician-novelist Dr. Percy, The Big Bang Theory outs scientism for what it is, while displaying a respectful appreciation for what scientists really do and really know.

So we also see clearly the limits of what Mary knows. She doesn’t understand her son insofar as he is a physicist, and she knows nothing of the genuinely joyful greatness of scientific discovery. Mary has a vice characteristic of fundamentalism: she willfully diverts herself from reflecting on what the physicists really do know about the intelligible order of nature, and so part of who her gifted and wonderful son is remains beyond her grasp.

The Big Bang Theory ultimately points to the limited but real wisdom that comes from understanding two partial truths—that of the personal, judgmental, loving God and also that of the “God of nature” the scientists seek to understand. The show leads us to think about how to put together the two explanations of “the Big Bang”—one based on faith in a personal Creator and one based on scientific discovery of the impersonal laws of nature—to account truthfully for both nature and human nature.

We learn from our Declaration of Independence that “Nature’s God” is also a living, relational, creative, judgmental, and providential God. And we students of the whole teaching of The Big Bang Theory have reasons to believe that must be true.

The Big Bang Theory: From Caricature to Complexity