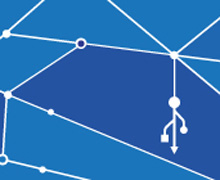 By Tim Drake  | According to Wired Campus, Grove City College entrepreneur Jim Van Eerden has unveiled a new resource for parents looking to counter liberal indoctrination of their children. Van Eerden’s plan involves allowing parents or others to deposit tuition dollars into a “scholarship” that would be available to students only after they’ve passed a variety of online courses.

Van Eerden explained that the main problem with higher education is its failure to teach critical-thinking skills.

Free Think U offers 30 free courses focusing on topics such as global warming, the Constitution, Israel, faith and science, a moral education, the redefinition of marriage, the Second Amendment, and American exceptionalism. The courses draw their content from sources such as the Heritage Foundation, the Leadership Institute, and the Competitive Enterprise Institute.

At present, more than 32,000 students have registered on the site, and more than $220,000 in scholarship dollars are being administered.

The scholarships are available to students only after they have completed a designated number of courses. The organization offers both public and designated scholarships.

In a designated scholarship, donors can designate the amount of a scholarship, the recipient, and the recommended courses necessary to receive a scholarship. Described as an “Up! Scholarship,” potential donors can establish them beginning this spring. There is a $76 membership fee.

Students from Franciscan University of Steubenville, and a number of secular colleges, have been among scholarship recipients in recent months.