By Billy Hallowell | Professor Pokes Holes in Common Claims Surrounding Why People Become Islamic Extremists — and Reveals the ‘Toxic Brew’ at the Center of It All.

A Georgetown University foreign policy professor who also serves as a senior adviser to the U.S. State Department revealed this week why he believes some people become Islamic extremists, dispelling the two main myths that he says generally surround the complicated matter.

Haroon Ullah, who shared his views in a new video lesson for Prager University, a conservative lecture series, rejected the claim that poverty, which fosters resentment against the wealthy, and ignorance, which makes it easier for the poor to manipulate, are the key factors in creating and fostering extremism. 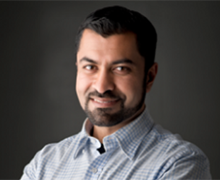 “Poverty had little to do with who became an extremist — lack of education even less,” he said of his experience observing this dynamic while living in Pakistan. “Many of those that I met who subscribe to religious extremism and are prepared to murder and die for their cause are from the middle class, and many had a university education.”

Ullah said that the desire for meaning and order amid chaos, the quest for change and a feeling of victim-hood create a “toxic brew” that helps lead to extremism.

Rather than embrace the poverty and ignorance paradigm, he said that it’s essential to abandon the narrative and to counter extremists’ message that they will offer people a better alternative than what they currently have — something that never comes to fruition.

“Islamic religious figures have to stop looking the other way,” Ullah also said.

Watch the professor share his views on extremism below: