One Nation, Under Woke 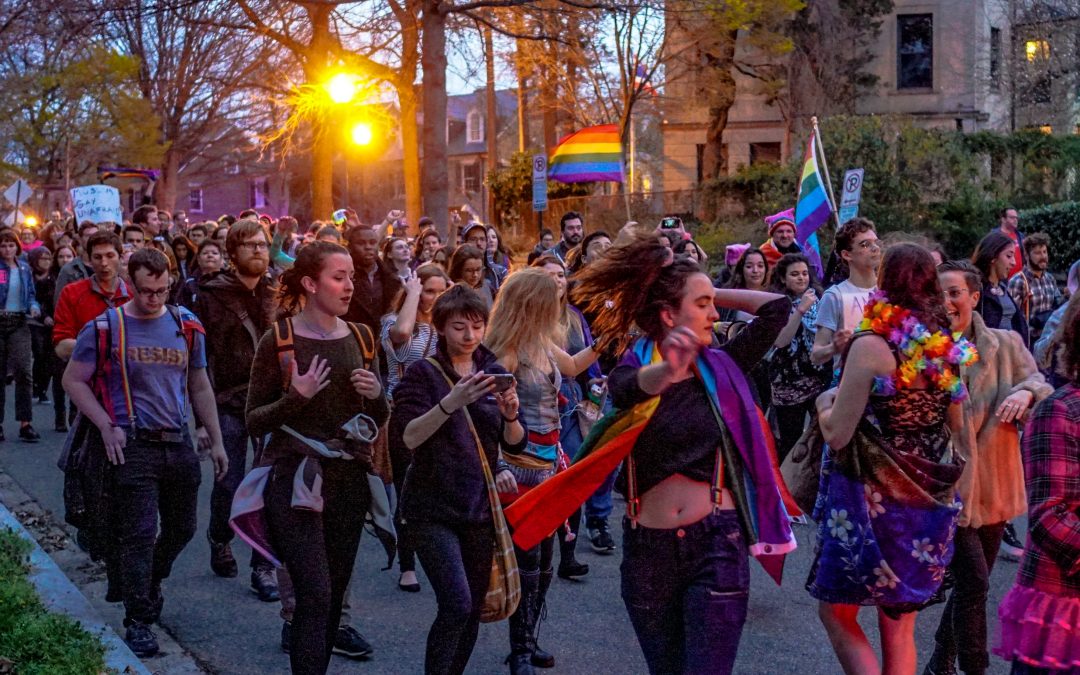 Through the sweeping and indiscriminate indictment of oppression that it makes against the American republic, wokeism poses the first serious challenge to our constitutional democracy since Communism.

Wokeism aims to remake American constitutionalism root and branch, to transform economics, politics, education, and other institutions and practices. The free and equal individual under the rule of law will be replaced with monolithic voices, united by perceived oppression, who demand a mutating law and politics that reward their grievances with punishments against alleged oppressors and redistributed resources for supposed “victims.”

The first thesis of wokeism is that persons are reducible to their affiliated identity: above all, race or gender. In this view, we understand ourselves solely through these prisms and we apply that understanding to others and to institutions.

The second thesis is that no person, no idea, and no historical account can be understood by independent human reason unfiltered by race, gender, and stories of interlocking oppression, or, as the case may be, by the acts of oppression one has shared in as a member of the dominant group. Everything comes to us and is either understood or projected by us through our racial or gender identity.

The third thesis is that those who have identities that can be grouped under “persons of color” or LGBTQ possess greater authority to speak—owing to the various oppressions they have experienced and the cosmic redress required for justice and liberation—than oppressor groups in almost every sphere.

America’s national DNA, according to the New York Times’ 1619 Project—wokeism’s anti-American document par excellence—has been encoded with slavery and anti-black racism. Indeed, America left the British Empire for the purposes of retaining the slavery regime, the project’s lead author Nikole Hannah-Jones proclaims (against historical evidence). White males stand as the grand artificer of this oppression, which has been transmitted throughout American history, informing our constitutional documents, politics, and social structures.

The 1619 Project leaves no space or opportunity for redemption, for forgiveness, or for the statesmanship of someone like Abraham Lincoln. It cannot acknowledge that American constitutionalism is a contested space. The 1619 Project cannot understand the succession of witnesses like Frederick Douglass, Booker T. Washington, and Martin Luther King Jr., who call upon Americans to understand in full the principles of our Constitution and Union.

Consider that, while American soldiers were still fighting the Civil War, and much of the Democratic Party was arguing against the abolition of slavery, the 13th Amendment to the Constitution was passed by Congress on January 31, 1865, later ratified by the requisite number of states in December 1865. Its central premise stands on the equality language in the Declaration of Independence, the same principles that outlawed slavery in the lands regulated by the Northwest Ordinance of 1788. This is part of our heritage, too.

Our political institutions and our Constitution stand or fall ultimately by their willingness to uphold us as free people pursuing the broad purposes of human existence. Contrast this with the regime that wokeism would build. It would reject any idea of individual integrity or a distinctive notion of personhood. Intellectual freedom would be nonexistent. Speech would be filtered through a relentless and constantly evolving set of censors, who would punish or bless our words according to ideological criteria. Consequently, our thinking and speaking would revolve around an endless loop of testimonies to oppression—either committed against us or by people with whom we share tribal traits. In the latter sense, we would confess our shared guilt and accept whatever punishment is deemed necessary.

Steve Nash, the recently named head coach of the New Jersey Nets, confessed that he had been given the job unfairly because of his white privilege. He wanted to work for “change,” he said. Many will make similar pronouncements under more stringent conditions or risk becoming untouchables. Ibram X. Kendi, author of the best-selling How to Be an Antiracist, asserts that the point of being an antiracist is not to refrain from discrimination but to know whom to discriminate against—largely whites and Asians, if the woke polity is to become a reality.

Under wokeism, the function of political institutions would not be to facilitate individual flourishing but to enforce individual sameness, subsuming us all in an egalitarian stew of grievance, redistribution, and retribution. The traits that define a decent community, such as forgiveness, humility, and compromise, will not be possible, and those suggesting them will be accused of racism. Wokeism’s social-justice constitution would fuel a federal government built for one purpose: the evisceration of the freedoms that Americans have always known.

If the progressive notion of a “living Constitution” threw the law in doubt, woke constitutionalism will destroy all fixed or limited notions of law. How could it be otherwise, when the operative principle is the elimination of all forms of oppression, as measured by an endlessly moving set of ideological markers? Man can organize the world without sufficient notions of virtue, justice, and freedom, to say nothing of the biblical God, but as theologian Henri de Lubac noted, when man does this he organizes the world against himself. One Nation Under Woke would make this vision a reality.

One Nation, Under Woke