Living In An Updated World 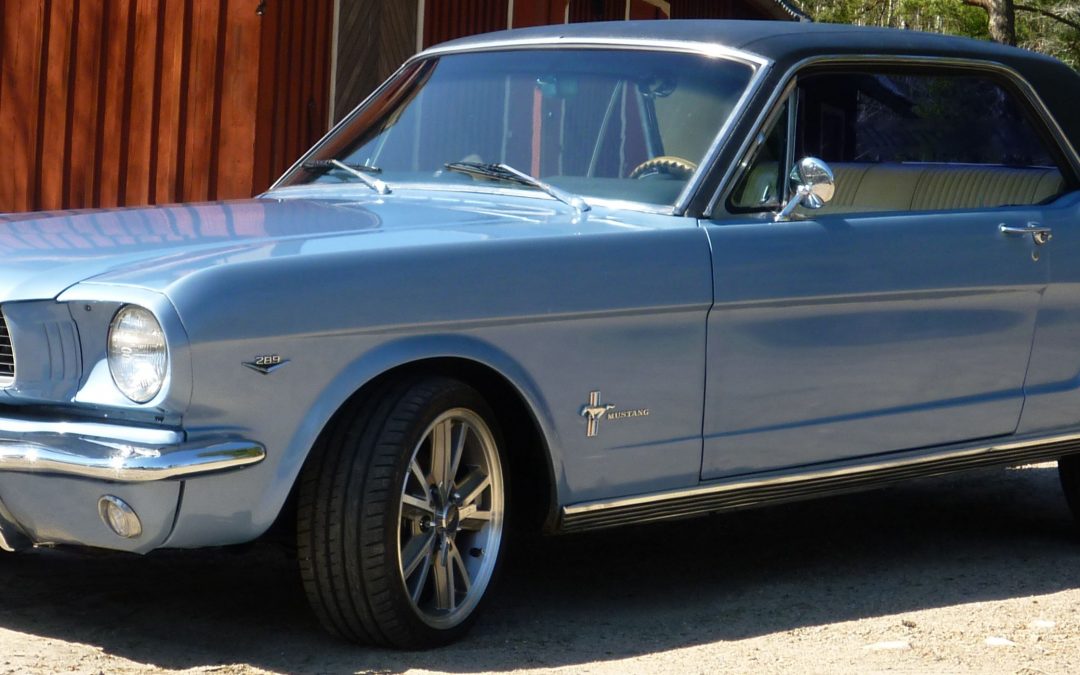 Mr. Munson owned a 1966 Mustang convertible that he bought after seeing an ad in the local paper. All his friends congratulated him on an excellent deal. He loved his Mustang for its looks and for the way it drove, but he didn’t know anything about vintage cars. He kept his Mustang in a special garage in his yard and took it out several times a year. He liked to drive ten or twenty miles into the country, just to enjoy the wind in his thinning hair and the dependable roar of the engine. Every now and then he took his Mustang to a mechanic in town, who loved the car almost as much as he did.

One spring day Mr. Munson took his Mustang out for a drive. He turned on the radio, tuned to the oldies station, hoping to hear something by Chuck Berry or the Beach Boys. For a few seconds the radio remained silent. Then a man began to speak in a clear, polite voice. It wasn’t a commercial. The man sounded as though he’d been waiting to speak to Mr. Munson.

“This is an important updates bulletin,” said the voice. “Engine, transmission, and brake systems for your Mustang are extremely out of date. In order to implement vital system updates, you must install the Trans-Mog-Z Facilitator, available at any Big Horizon Automotive Intervention Center. This has been your first notice.”

Mr. Munson twiddled the tuner knob until the Mamas and the Papas came on, and he forgot all about the message. He had already decided to ignore it anyway.

A few months later, the next time he took his Mustang out, Mr. Munson turned the radio on and heard the polite voice again. “This is your second updates bulletin. Systems remain extremely out of date. In order—” Mr. Munson turned the radio off and finished his drive in silence. The next time he drove his Mustang, the engine made a loud clanking noise, and the brakes didn’t work properly. He narrowly avoided two accidents on his mile and a half trip.

Mr. Munson returned his Mustang to its garage, backed his old Camry out of his regular garage, and drove to the Big Horizon Automotive Intervention Center. The man at the counter greeted him with a friendly smile. “Here for your Trans-Mog-Z Facilitator, sir?” the man asked.

“The manager’s in his office, sir,” said the man. “If you’ll wait a moment, I’ll see if he can speak with you.”

“I want to talk to the man who comes on the radio,” said Mr. Munson.

“I’m not authorized to give out that information.”

“If you don’t tell me, I’ll find out anyway. Just tell me where he is.”

“Okay,” said Mr. Munson, “tell me and I’ll go away. I’ll forget we ever had this conversation.”

The man told him.

The next day, Mr. Munson drove the Camry to a big city. He entered a building, took an elevator to the twenty-eighth floor, and found the headquarters of Big Horizon Automotive Intervention. At a door marked “Update Communications” he knocked and walked in. “Yes? Can I help you?” said the person behind the desk. Mr. Munson knew he had found his man.

“I’m here to talk about my Mustang,” said Mr. Munson.

“What seems to be the problem?”

Mr. Munson sat down. “It’s been giving me trouble since your messages started coming on the radio.”

“Well,” said the man, “have you installed the Trans-Mog-Z Facilitator?”

The man smiled. “Oh, but you must have them. There’s no question about that.”

“But it’s my car. I’ve owned it for almost forty years. I like it the way it is.”

The man shook his head. “Oh no,” he said. “No, you’ve got to look at this in the proper light. Periodic updates are absolutely necessary.”

“What do you mean?” said Mr. Munson. “My Mustang belongs to me. I decide what it needs and doesn’t need.”

“Why this obsession with personal property?” the man asked with a bland smile. “Don’t you think it makes you look rather small?”

Mr. Munson stared at him. “All right,” he said. “Let’s try a different approach. Forget personal property. As a plain matter of fact, my Mustang is perfectly fine the way it is—or was, until I started hearing from you. It doesn’t need any updates.”

“It does if you want to be connected,” said the man. “And,” he continued over Mr. Munson’s protests, “you really must be connected. It’s essential in today’s world, for so many reasons.”

“I don’t want to be connected.”

“I’ll tell you what I think,” said Mr. Munson. “I think keeping me connected works out great for you, but there’s nothing in it for me. You get to decide when my car’s obsolete, and then you produce these updates and figure out ways to make me pay for them. I don’t want to have anything to do with all that. I just want to enjoy my Mustang the way it is.”

The man behind the desk drew himself up. “I’m not interested in your half-baked theories about the way we do business,” he snapped. “I think you’d better get out of my office.”

Mr. Munson left and drove home. A few days later he backed his Mustang out of its garage. Before he reached the street the tailpipe fell off. A loud whirring came from somewhere beneath his feet. Acrid smoke curled up from the hood.

Mr. Munson put his Mustang back into the garage. He never drove it again. He bought a bicycle for doing errands around the neighborhood, and he took long walks in the woods. He learned to identify wildflowers and birds. On the outskirts of town he found a hill where he sat and let the wind blow through his hair.

Mr. Munson has installed extra lights in his garage that let him look at his Mustang whenever the mood strikes him. Early in the morning or late at night he goes out to admire it. He contemplates its classic lines and mirror-like finish. He runs a loving hand over the upholstery and dashboard. Sometimes he gets in, sits down, and grips the steering wheel. He remembers the steady growl of the engine. He remembers what it felt like, taking his Mustang on the road and savoring its familiar handling. He misses the experience now and then, but the pain diminishes as the years go by.