Let’s Have a Real Immigration Debate 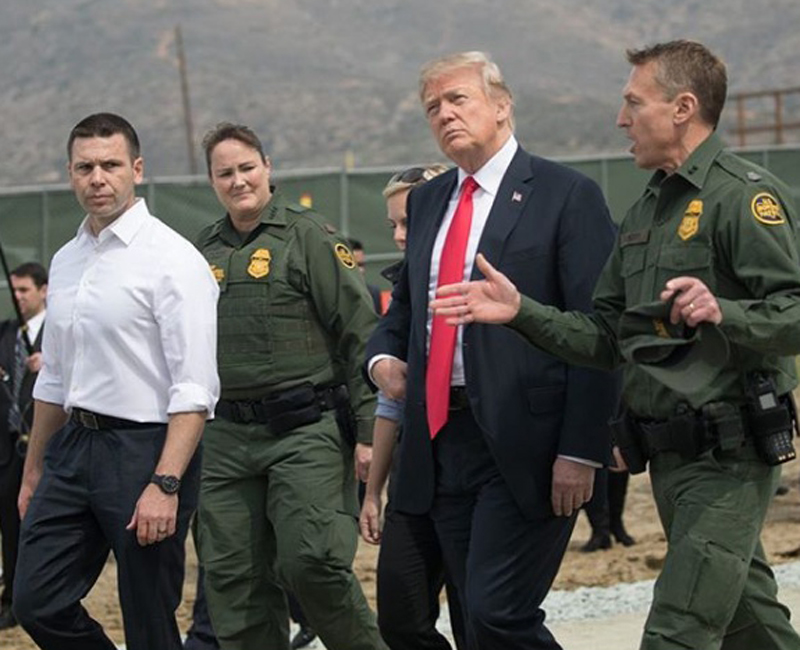 The shutdown debate can seem pointlessly semantic. President Trump wants $5 billion to begin work on a “steel barrier,” which he portrays as a generous compromise from his initial proposal of a concrete wall. Democrats say they want “border security” and have supported $1.3 billion in funds for fencing, but say they oppose a concrete wall as well as a steel barrier.

If both parties want some sort of barrier on the southern border, what are they fighting about? Can’t they just meet halfway on the dollar figure and the type of barrier? Doesn’t this prove the shutdown is the byproduct of empty partisan squabbling and political point-scoring?

No. The reason why the two parties are talking past each other is so they can avoid the real debate: Should America encourage or discourage immigration? 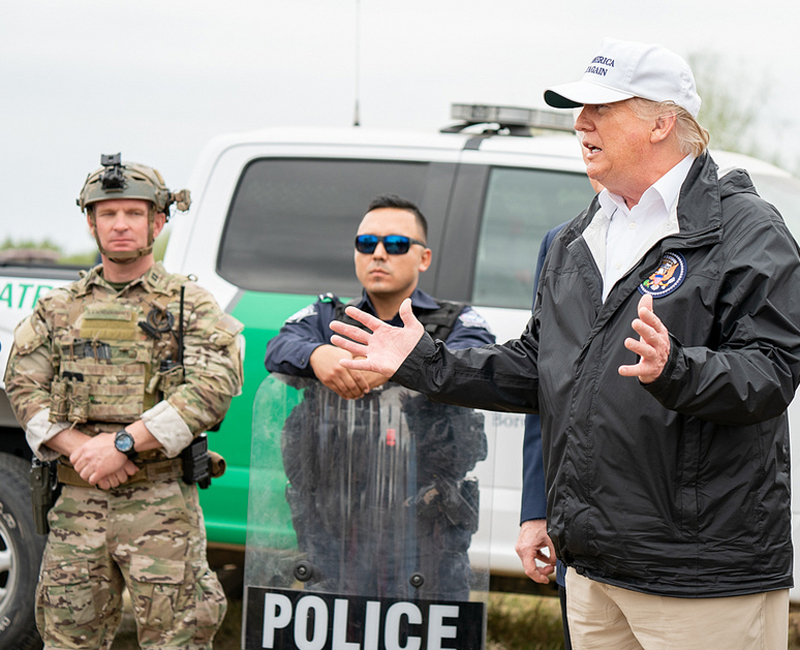 Speaker Nancy Pelosi touched upon the deeper issues at play when she said to a press gaggle, “A wall is an immorality. It’s not who we are as a nation.” But she didn’t say why it was immoral and didn’t linger on the point.

Then, in her televised rebuttal to Trump’s prime-time Oval Office address, she spoke in pragmatic, not moral, terms: The wall would be “expensive and ineffective” and “waste billions of dollars” in taxpayer money. She even suggested common ground with Trump when she said, “We all agree that we need to secure our borders.” This is nominally true; there is bipartisan consensus that border security is needed to combat international terrorism, drug trafficking and human trafficking. But when talking to a large television audience, Pelosi didn’t want to stress the more polarizing question of whether America should be welcoming to immigrants.

Trump, meanwhile, is using rhetoric to blur the reality of his policies. From the Oval Office, he was effusive about legal immigrants: “America proudly welcomes millions of lawful immigrants who enrich our society and contribute to our nation. But all Americans are hurt by uncontrolled, illegal migration.” Even as a candidate, Trump insisted, “I want tremendous numbers of people to come in. We are going to have that big, beautiful door in the wall. … [But] they have to come in legally.”

That doesn’t square with his record as president. As Politico detailed last month, while illegal immigration has been on the rise, the Trump administration has been busily cutting the rate of legal immigration. Trump has pursued a range of restrictionist policies designed to curb legal forms of entry: adding obstacles for foreign workers to obtain green cards, H-1B skilled-worker visas and F-1 student visas; and slashing the number of refugees America will annually accept. Trump is also working on a new rule that would make it harder for legal immigrants to become permanent residents if they have received, or may receive in the future, government benefits.

Moreover, the nonpartisan research center TRAC also found that the denial rate for asylum seekers, which hovered under 50 percent most of the years of the Obama administration, has risen to 65 percent under Trump. Let’s not forget: When people cross the border seeking asylum, that doesn’t automatically make them lawbreakers. While they are subject to “expedited removal,” if they have a legitimate fear of persecution they have the right to a hearing. But Trump routinely lumps asylum seekers in with “illegal immigrants,” and the data suggest the immigration court judges, under pressure from Trump to speed up the adjudication of asylum cases, are in turn taking a tougher line.

Oddly, Trump, who brags about most anything, doesn’t brag about slowing the flow of legal immigration. He still wants to feed the perception that he is simply a stickler for the existing immigration rules, when in fact he has been changing the rules.

Those who are eager for both sides to compromise, like center-right New York Times columnist David Brooks, describe “a wall for DACA” as an “obvious deal” that only doesn’t happen because of “a massive leadership vacuum in Washington.” But it’s not because of a lack of leadership. It’s because the two camps have opposite views on immigration itself.

The Democratic opposition to a complete wall or barrier, running the entire length of the southern border, is not strictly because it would be “ineffective,” but because of the desired effect: to send a stark message that immigrants from Mexico and Central America are not welcome here (unlike immigrants from Canada, where a border wall has not been proposed). Democrats do not want to send that message.

And they don’t need to. The “Dreamers” who get work permits through the DACA program are not facing imminent deportation, thanks to court rulings that have indefinitely shelved Trump’s attempt to scrap the program. Democrats, in turn, feel no urgency to make concessions to codify DACA. They can still play for time.

A wealth of polling indicates that most Americans view immigration positively. In a September NBC/Wall Street Journal poll, 61 percent of respondents said immigration “helps the United States more than it hurts.” And Trump didn’t help the Republicans keep the House by campaigning on “the caravan” in the run-up to the midterms. So you can see why Trump may not want to advertise what he’s doing to clamp down on legal immigration, and have “the wall” then be viewed as part of that restrictionist strategy.

However, while Trump’s hard-line immigration rhetoric didn’t help Republicans, the Democrats who flipped red districts didn’t spend much time talking about immigration at all. They felt voters wanted to hear more about issues that directly impact their pocketbook, like health care. Today, Democrats may feel politically safe opposing the wall, but not every Democrat may want to fully engage Trump on the larger question of how welcoming our immigration policies should be. Therefore, Democratic leaders tend to emphasize a less polarizing, more pragmatic message about effective border security.

Let’s Have a Real Immigration Debate