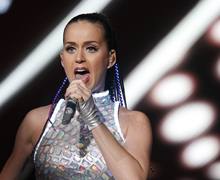 Such is the wisdom from pop star Katy Perry on motherhood in a recent Rolling Stone interview.

“We are living in the future,” says Perry. “I’m not anti-men. I love men. But there is an option if someone doesn’t present himself.”

The option Perry is referring to is to have a child without getting married: just find “dad” at a sperm bank or get a male friend with good looks and hopefully good genes to help out. 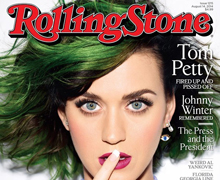 But the truth is that Perry does “need a dude.” What she means is she doesn’t need a man past conception: she’ll be fine without a husband and her baby without a father.

Unfortunately, Perry is either sadly misinformed or ignorant of the devastation the trend of single parenting is having on a growing number of America’s women and children. While some single moms and their children fare just fine, many do not.

A few facts from The Heritage Foundation’s 2014 Index of Culture and Opportunity provide valuable perspective:

And fathers, or “dudes” as Perry refers to them, matter. Research shows that children who live with their fathers have more positive psychological, behavioral, and education outcomes and are less likely to abuse drugs and alcohol. Many of these findings come from studies that controlled for or took into account age, race, education levels, family income, and so on. In other words, whether you’re black or white, rich or poor, have a Ph.D or don’t, families headed by a married mom and dad most often fair best.

To Perry’s point, that things are different today than years past, she’s right, as Mead writes in the Index of Culture and Opportunity:

As welfare expert Haskins says, having children out of wedlock “is one of the preeminent reasons this nation, despite spending about $1 trillion a year on programs for disadvantaged families, is struggling to reduce poverty and increase economic mobility.”

In other words, throwing money at the problem, which we’ve been doing since the 1960s, doesn’t work.

Wide Awake is the title of one of Perry’s biggest hits. Unfortunately, neither she – or most of America – is “wide awake” about the real social and economic realities of single motherhood.