Is Our World Colored in Just Black and White? 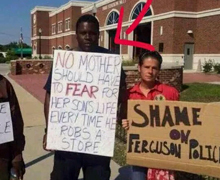 By Jeremy Diamond | Ben Carson, a black conservative activist and neurosurgeon considering a 2016 presidential run, said Tuesday that race relations “have gotten worse” because President Barack Obama puts too much emphasis on race.

Carson said he believes racism is “a thing largely of yesterday” and that Obama “absolutely” plays the race card. Carson made those comments on the “Hugh Hewitt Show” while discussing a grand jury’s decision not to indict Darren Wilson, a while police officer, in the shooting death of Michael Brown, an unarmed black teenager. 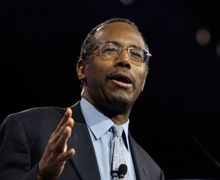 “Is there some? Of course, there is some. There will always be some,” Carson said. “But you know, for the most part, you know, that’s a thing largely of yesterday.”

Carson pointed to Obama’s decision to address several racially-charged incidents throughout his presidency, from the arrest of a black Harvard University professor who was mistaken for a burglar in his own home to the killing of Trayvon Martin.

“I actually believe that [race relations] were better before this President was elected,” Carson said, calling Obama’s emphasis on race “unusual.”

But Carson said he is most irritated by what he described as Obama’s manipulation of minorities.

“And then the way — which really irritates me to some degree — the way he and a bunch of progressives manipulate, particularly minority communities, to make them feel that they are victims and of course if you think you’re a victim, you are a victim,” Carson said.

Carson broke off his contract with Fox News as contributor earlier this month as he weighs whether to run for president.

And while Carson isn’t yet feeling the hand of God pushing him into the Republican primary fray for 2016, Carson said he does “feel fingers.”