How is this Nun Tirelessly Fighting Human Trafficking? 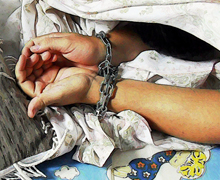 By Kim Lewis | The UN’s International Labor Organization (ILO) estimates that forced labor generated annual profits of $150 billion in 2014. They also believe that one quarter of the world’s 20.9 million victims of human trafficking are children. The National Center for Missing and Exploited Children says about one in six children are endangered runways who are likely to fall victim to the sex trafficking.

Sister Judith Sheridan is a nun and nurse at the Marist Missionary Sisters in San Diego, California. She joined the convent at the age of 18. Now in her 70’s, she has worked as a missionary around the world and knows the effects of child trafficking – She calls forced sex, labor and organ donation modern-day slavery and believes it’s the second-biggest money maker in the world. 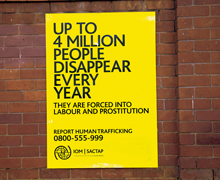 Sister Judy counsels teenagers on the dangers of falling prey to today’s sex slavers. “Human trafficking depends on people having to give a service, either a sexual service or labor of some sort because of threats or coercion or fraud,” she says. “And it has become a major 34-billion dollar industry globally. It’s driven by supply and demand. And you have to ask yourself, of course, why there is such a demand for sexual favors and for cheap labor.”

The internet has been a major driver of the demand, she says, and this digital connection offers a global network of buyers and sellers and it is the children in desperate conditions who become their product.

The desperate conditions constantly occur. “For instance, where you have the tsunamis, or where you are having wars,” Sister Judy says, “you know the children become orphans, or they’re unsupervised or they’re going to be easily a prey to being taken and used for trafficking.”

American children on the Internet

The Marist nun says that in the United States commercial sexual exploitation of children takes place between the ages of 12 and 14. “And these children are being recruited through the internet. They’re being recruited actually outside their middle schools or their high schools, in the malls, so it’s wherever you are going to find children. You’re going to find these predators who are looking to charm them, recruit them, deceive them.”

Because of the covert nature of human trafficking, Sister Judy says the crime must be fought through a classroom curriculum that alerts parents to the risk.” Parents have to know what’s happening with their children and who they’re talking to on the internet.

“The police, law enforcement, immigration, homeland security, FBI, they’re all more and more aware of this problem,” she says. “They have vice squads. They have units looking for traffic victims but, you see, it takes so long to follow-up on an ad, say for an under-age minor being prostituted.”

In addition, she said you have to be able to catch the pimp and have him prosecuted in court, which could be a very long and labor intensive process.

“For such a huge global problem, you’re only getting a few of the criminals. So something has to be done on a much more broad level, raising of consciousness in people. We need gender respect, a new kind of look at how we’re going to raise our boys and girls.

“I mean, it’s not a simple answer and it’s going to take a lot of people looking at how we’re going to be able to help each other and help out children,” Sister Judy said.