Have You Ever Opposed Same-Sex Marriage? 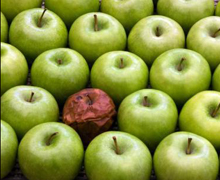 By Rod Dreher | The Law of Merited Impossibility in action:  Apple has cut ties with an Alabama lobbyist because he opposed same-sex marriage during his time as a state legislator and congressional candidate.

Former State Rep. Jay Love (R-Montgomery) left the legislature in 2013 to pursue opportunities in the private sector, including opening up a lobbying firm.

Love was subsequently hired to represent Apple, the Silicon Valley tech juggernaut, along with Greg Jones of The Jones Group. As of Tuesday afternoon, the Alabama Ethics Commission still lists Love as an Apple representative registered to advocate on their behalf before Alabama government officials. 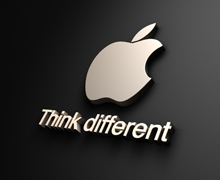 But according to multiple sources, Apple has cut ties with Love after revelations that he had been a supporter of traditional marriage during his time as an elected official and candidate.

“Jay Love does not work for Apple nor does he do any lobbying on our behalf,” said Apple spokeswoman Kristin Huguet. Yellowhammer’s request for further details from Apple was not immediately returned.

It doesn’t matter if Jay Love is a first-rate lobbyist for Apple’s interests in Alabama. He is a culture-war criminal, and must be punished.

It will never happen, and when it does, people like Jay Love will deserve it.

Have You Ever Opposed Same-Sex Marriage?