Give Me a Better Grade Because I Deserve It 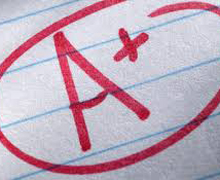 By Ronald Lipsman | The grades I just issued in my post-calculus, differential equations course – a sophomore math offering taken mostly by engineering students—followed the usual bell-shaped curve, roughly 10% A’s, 20% B’s, 40% C’s, 20% D’s and 10% F’s. The complaints came more from the D students than from the Fs.

The students who failed the course largely knew that this was the likely outcome before the final exam, so I had virtually no blowback from them. But from the D students, an avalanche of email cascaded down upon me as soon as the grades came out. Though D is a passing grade, the Engineering School will not give credit for the course unless the student obtains a C or higher. Thus, students who earn a D feel that although they did “good enough,” their effort was unrewarded and they resent that they have to repeat the course to get credit toward their degree. 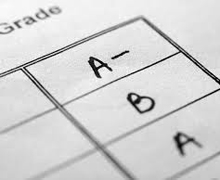 Here is a typical example from the slew of emails I received – almost all of which matched this one in tone and content:

My typical response is a polite email, which points to the course web site (available to the students from the first day of class) that contains the grading scheme for the course; and then I highlight the specific poor points of performance on the student’s part that account for the unfortunate grade. (Conversations with colleagues reveal similar strategies.) That usually settles matters; but in a small number of cases, a student persists in pleading/demanding/scheming for a higher grade ex post facto. In that case, I turn the matter over to department or college administrators. On rare occasions, matters can become rather unpleasant.

Even when I avoid such unpleasantness, I find these emails quite disturbing. Two generations ago, such an approach to a professor by a student would have been unthinkable. But this kind of plea bargaining/begging has become increasingly common over the last decade or so. In fact, I believe this university student phenomenon reflects patterns of behavior that are prevalent throughout modern society. In this regard, universities reflect, as well as inaugurate and instigate various unwholesome features of our current culture.

In order to illustrate, I will identify the main themes that emerge from the email cavalcade that I endured:

I propose that each of the above five manifestations of the student entitlement mentality is reflective of patterns present in society in general.

Well, perhaps I’ve engaged in a bit of hyperbole to make a point. In fact, most students are hard-working, conscientious and respectful. But the fact that the number who are not is increasing is troublesome. That they are increasing in number could be a reflection of unhealthy trends in society in general.

Dealing with these societal issues is a topic for another time and place. But the university is equipped to cope with their manifestations on campus. I have communicated to the Department Chair, College Dean and Dean of Undergraduate Education some recommendations to do exactly that. They include:

The university has traditionally played a societal role in converting callow youth into mature and responsible adults. Let us not subvert that role by giving in to immature and irresponsible behavior.

Give Me a Better Grade – I Deserve It