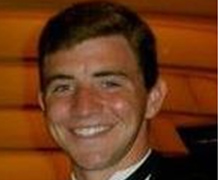 By Prof Jack Lewis | Free Think U Foundation is proud to announce another of its recent scholarship winners, Jon Schneider, who is enrolled at Appalachian State University in Boone, North Carolina.

Jon was awarded a grant toward his college tuition costs in part because of his course editing work for Free Think University.

“I decided I wanted to get involved because I wanted to be a part of something bigger than myself,” Schneider said, “something I knew could make a difference in people’s lives and their future.”

Jon is in a pre-law program and has also spent time this summer interning at a law firm. He became excited about Free Think U after taking one of the required courses.

“Free Think University has really had a positive impact on my life, both as a student and as a person.  The course Are You Grateful? was especially important to me.  ‘Gratitude begets success’ is a statement I will never forget.”

“As a part of our student editor corps he has been one of our top contributors,” said Jim Van Eerden, Free Think University co-founder.  “Jon has an active mind and is determined to make a positive impact in the world.”

Jon is an example of the kind of student Free Think U wants to identify, equip and reward.

“We’re identifying and rewarding students who represent the next generation of leadership in America, and Jon Schneider will be a leader like the other students helping to shape and lead this movement,” Van Eerden said.

Schneider is also one of the nation’s first Campus Ambassadors mobilizing to lead the roundtables being organized on college campuses to discuss Free Think U course topics.

“Being Free Think University’s Ambassador for App State, I hope to encourage students on my campus think for themselves – while earning scholarship money in the process,” Schneider said.  “I think that’s a pretty compelling proposition for other students.”

“Taking and editing various Free Think U courses has allowed me to look at issues with more clarity than ever before.  Engaging in the ‘why’ questions is really important . . . and Free Think U course experiences help make that possible.”