Feelings, Nothing More than Feelings: Confusion over Identity 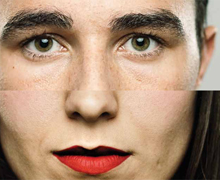 By John Stonestreet | Can words and stories reshape a culture? Well, look no further than how our culture talks about being human. Ask a group of people today—especially high school and college students—what makes them them, and you’ll likely get as many responses as respondents. They may say, “I am what my genes make me,” or maybe “I am what I experience,” or “I am what I choose.”

And soon, you’ll notice two distinct themes emerging. They’re the answers our culture increasingly gives to the question of sexual identity—as if that’s all there is to identity. And, ironically, they contradict each other.

We hear the first one all the time from advocates of so-called same-sex “marriage”: “I was born this way,” or to quote rap artist Macklemore, “I can’t change even if I tried.” We’re all familiar with the argument by now: homosexual attraction is an innate characteristic—maybe genetic. Therefore, denying same-sex attracted individuals the “right” to get married is the same as racism. 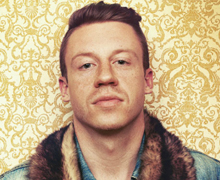 But an alternate narrative has appeared on the horizon, and by “horizon,” I mean the cover of a recent TIME Magazine issue, where it’s used to promote the “T” in the acronym “LGBT.” The “T,” of course, stands for “transgender,”—those who say their biological sex and their perceived gender don’t match. The mantra here goes, “I was born this way, but I want to change. In fact, I have a right to change.”

Confused? Well, you’re not alone. But believe it or not, there’s a whole history to this. All the way back in 1989 a book called After the Ball was published by Marshall Kirk and Hunter Madsen, who laid out their proposal to—as the subtitle said—help America “Conquer Its Fear and Hatred of Gays in the 90s.” In their book (which they openly called “propaganda”), Kirk and Madsen encouraged activists to use the “born this way” argument even though they knew it wasn’t exactly true, but in order to paint same-sex attracted individuals as being victims of nature.

“The public should be persuaded that gays are victims of circumstance,” Kirk and Madsen wrote, “for all practical purposes, gays should be considered to have been ‘born gay’—even though sexual orientation, for most humans, seems to be the product of a complex interaction between innate predispositions and environmental factors…”

Say what? After the endless repetition of the “born this way” argument, you wouldn’t think there’s anything at all “complex” about sexual orientation. But now that “gay marriage” is considered a done deal, the story is changing—and it’s changing fast.

Suddenly, sexual orientation is a choice again. Writing at The Huffington Post, Tracy Baim tells us “I do know some women and men who identify as gay or lesbian who have changed back and forth in their identity,” she says, “and sometimes [they] identify as bisexual. Why should it matter what we call ourselves?”

Writing in Slate, Michael Carey admits that “the ‘born this way’ argument has been politically useful, but the moral argument for acceptance of gay relationships doesn’t require it.”

Out of all of this, the new narrative about human identity is emerging. Instead of “I am my biology,” or “I am what I choose,” our culture has landed on, “I am what I feel.” And someone’s feelings must not be challenged.

This answer to the question of identity untethers us from biological, social, and biblical realities, and replaces them with a despotism of the subjective. In effect, we now are our feelings.

Feelings, Nothing More Than Feelings