Does All Knowledge Start Somewhere in Faith? 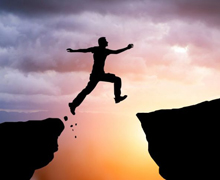 By Stanton L. Jones | It is bracing to have my institution—Wheaton College—held up in the pages of The Chronicle as the embodiment of “The Great Accreditation Farce,” the headline on Peter Conn’s essay. Conn suggests that Wheaton and other religious colleges are “intellectually compromised institutions” that betray the intellectual standards that should mark accredited institutions of higher education. Colleges like ours, he argues, “systematically undermine the most fundamental purposes of higher education,” a serious charge that deserves consideration.

Let’s think about those fundamental purposes. For Conn, “skeptical and unfettered inquiry is the hallmark of American teaching and research.” We are bullish on inquiry at Wheaton, but do his qualifiers work?

Should inquiry be skeptical? Skepticism can be a great stimulus for critical thinking and subsequent intellectual advances, but unqualified skepticism has not proved productive. Descartes and his followers explored that path, searching for indubitable and incorrigible foundational truths that could serve to anchor human reason. But that foundationalist project has collapsed under the weight of its self-contradictions, as Stephen Toulmin illustrated in his book Cosmopolis: The Hidden Agenda of Modernity. 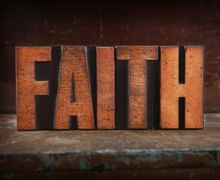 Unfettered? If Conn means free of illicit external coercion, I wholeheartedly agree. If he means that people should be given the opportunity to say and explore seemingly contrarian or even stupid ideas, I agree again. But Conn seems to use the term in the classic spirit of Immanuel Kant when he declared Enlightenment to be “the human being’s emergence from his self-incurred minority.”

Kant described that minority or immaturity as the “inability to make use of one’s own understanding without direction from another.” Among other things, Kant had religious authority and tradition in view as an illicit influence. In his 2001 Academe article “Ivory Tower or Holy Mountain? Faith and Academic Freedom,” Nicholas Wolterstorff described that Enlightenment understanding as “the conviction that well-formed academic learning is a product of our generic humanity,” human reason stripped of such particularities as one’s culture, sexual orientation, language group, socioeconomic class, and religious faith.

But the Enlightenment project is in trouble too. No less a defender of empiricism than Karl Popper declared that “the empirical basis of objective science has nothing ‘absolute’ about it.” Likening science to the construction of a building in a swamp, Popper denied that we can ever drive our pilings deep enough to hit bedrock; instead, “we simply stop when we are satisfied that the piles are firm enough to carry the structure, at least for the time being.”

So it is that many recognize today that all knowing starts somewhere in faith. We all take some assertions as givens on which to build our structure of knowledge. Wolterstorff argues that the best contemporary understanding of reason comes not from generic humanity stripped of particularities. Instead, the “learning of the academy is unavoidably particularist.” It is best, he argues, to critically embrace one’s unique perspectives on the academic task and mix it up in the give-and-take of the free market of ideas.

As an example, I argued in American Psychologist 20 years ago for the possibility of a constructive relationship between religion and the science and practice of psychology, suggesting that the religious presuppositions and commitments of psychologists are starting points for inquiry in our disciplines but do not constitute disciplinary inquiry itself. To be a psychologist, I must engage psychology on its own terms as a behavioral science. My Christian presuppositions about human nature shape and flavor my disciplined inquiry, but I must engage the substance of the field on its terms. That influence is not unidirectional; our academic inquiries may challenge and even reform our faith assumptions.

Are we guilty then of deliberately abandoning “the primacy of reason” to “replace reason with theology,” as Conn claims? Not at all. Reason is not antithetical to faith. In the words of Saint Anselm, the intellectual task is that of “faith seeking understanding.” Faith is not understanding, but motivates and empowers the pursuit of understanding. In that pursuit, it is vital to engage the full force of views and findings that challenge us, as do our Wheaton College scientists who thoroughly engage contemporary evolutionary science, holding and managing the tension and challenges this poses to aspects of religious belief.

Purely skeptical and unfettered inquiry is likely to simply chase itself in circles. Disciplined, rigorous, and self-critical inquiry grounded in a thoughtful understanding of one’s particularities can contribute to a vigorous and diverse intellectual marketplace. Religious scholars attracted to places like Wheaton find it useful to draw upon certain fundamental commitments to Christian faith to shape engagement with their academic subject matter, just as all scholars draw upon their own fundamental commitments.

Conn portrays academic freedom at places like Wheaton College as an illusion. It is not an illusion, but it can be complicated. Academic freedom, as Wolterstorff convincingly argues, is never uncomplicated or unqualified. Professors are never free from the ideological constraints of their disciplines or the judgments of their peers. Any rigorously honest history of any academic discipline shows, in hindsight, the blind spots and uncritically accepted dogmas of the moment. Academicians swimming with the contemporary intellectual tides often feel great freedom.

Those whose convictions take them against those tides do not feel so free. Interestingly, when we hire colleagues away from nonreligious institutions, we often hear they feel intellectually and academically free here for the first time in their professional careers, because they are finally in a place where they can teach from and explore the connections between their intellectual disciplines and their religious convictions. And as I write from my convictions with the support (but not always agreement) of my community, it is not uncommon for me to hear from colleagues at nonreligious institutions that they have no such freedom, as their careers would be compromised at their home institutions were they to express similar views.

Regarding Conn’s concern for our requiring faith-statement affirmations, Wheaton College is emphatically open that we seek to be a voluntary community of like-minded scholars who, within the framework of the defining characteristics of our institution, have the academic freedom to teach and to pursue knowledge as persons of shared religious conviction. We publicize those characteristics explicitly. In constitutional terms, we do this as an exercise of our rights of freedom of religion, speech, and assembly. Faith-based institutions must have some such procedure to maintain fidelity to their guiding purposes. On that basis, Wolterstorff concludes that “it would be a violation of the very idea of a liberal democratic society if a movement arose to prevent or restrict the formation of religiously based colleges and universities.” That outcome seems to be exactly what Conn advocates.

All Knowledge Starts Somewhere in Faith

© 2014. The Chronicle of Higher Education.  www.chronicle.com