Do the Mental Health Sciences have a LGBT Blind Spot? 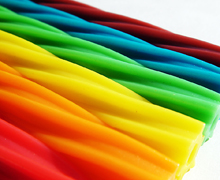 By Joseph Turner | Social workers are regularly tasked with diagnosing and treating people’s mental health issues. How can we if we accept that all same-sex attraction is healthy?

A scene stands out to me from my graduate program in social work. A lesbian professor visited our class to tell about her experience of being same-sex attracted in a small, Midwestern, devoutly Protestant town in the latter twentieth century. As expected, her story was heart-rending.

Afterward, during the Q&A, a black woman in her 40s raised her hand. “I’ve noticed that the high school girls today go through phases where they say that they like girls, and then change their minds and say they like boys again, like it just goes back and forth. And I don’t know if they think it’s cute or what, but it seems to happen a lot these days. Do you have any thoughts on why that is?”

Before the speaker could offer a response, a young, outspoken lesbian student piped up. “I think a girl should be able to like whoever she wants to! If Susie wants to say she likes Joe one week, then Julie the next, then Bobby the week after that, that’s her choice and nobody else’s business!” No more was said on the topic. Apparently satisfied, the class moved with Q&A. 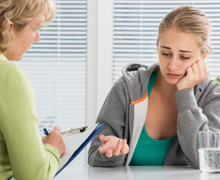 What makes this exchange so troubling is that it occurred in a social-work classroom. Social workers are regularly tasked with diagnosing and treating people’s mental health issues. How can we do that effectively if we accept the dogma that all same-sex attraction is healthy and normal?

Mental health treatment requires close analysis of every aspect of a person’s life. We put together the puzzle pieces that make up a human being. We inquire how many hours someone slept last night and how often he or she woke up. We form theories around their precise level of eye contact or rate of speech. We ponder how closely they were held as infants. To declare that all claims to sexual orientation are above scrutiny is to analytically cripple ourselves. We’ve replaced the microscope with rose-colored glasses.

Let’s revisit the hypothetical Susie, but suppose she’s just straight. Say Susie likes Joe one week, then Bobby, then Pete. From a clinical perspective, this could mean a lot of things. It might just be that she’s hit the age where crushes are normal. Or she’s naturally outgoing and flirtatious. Perhaps she has low self-esteem and craves any attention she can get. It may be that she was molested, then abandoned by her father, and is seeking out sexual relationships as a way to recreate a parental bond. It could be any combination of the above factors, or none of them. But a good social worker asks why.

But now Susie likes Sarah. Do we stop asking questions all of a sudden? Shrug our shoulders and dismiss this as none of our business? This makes no sense, and it’s incompatible with the principles that drive mental health.

We live in a society where LGBT has saturated both political agenda and popular culture. Broken family structures, abuse, and relationship instability are tragically prevalent. In such a climate, reported same-sex attraction could occur for a lot of reasons. Some of them might be uncomfortable. To demand its blind, universal acceptance is both delusional and damaging to mental health. Dogmatic affirmation of all claims to sexual preference might well encourage behavior rooted in pathology.

It’s Not All Good

Another anecdote. I once worked with a two-mom, seven-child family. “The mommies,” as the kids called them, were very pleasant to work with, dedicated to the children, and willing to try pretty much anything to provide them a healthy childhood. They had family nights, chore charts, carefully-crafted systems of reward and punishment—everything a parenting book might have to offer. And their efforts had real and respectable benefits for the kids.

But this outward functionality had cracks in its foundation. Both women had previously been in relationships with men (hence the children), and both had been badly abused. They had been abused such that they swore off men altogether and opted for a same-sex relationship. Their attraction wasn’t a case of “we were born this way,” but a reaction to brutal life experience.

And this response, while on some level sympathetic, was based on an irrational instinct that painted all men as abusive monsters. Therefore, these children were being raised in a context of pathology, of unresolved trauma. As research shows, and the field constantly emphasizes, unresolved trauma is among the greatest causes of mental illness.

And it is generational. Studies in attachment theory suggest that parents’ unhealthy attachment styles (often related to their own past abuse or trauma) are passed down to their children at a high rate, even if the children haven’t been through the same themselves, and even if the parents are doing everything child experts say is “right.” In other words, parents’ ability to deal with their own issues affects their children more than their actual parenting.

The implications for the above-mentioned family, and the growing number like them, are clear and unfortunate. The mommies (or daddies, as the case may be) might do everything “right” to give their children a healthy, stable upbringing, yet the kids are still at risk to grow up troubled and unsure how to relate to the world around them. What strikes me about this particular situation is that nobody among my colleagues acknowledged a problem. There was no questioning of the arrangement, no hint of concern. Everyone involved with the family was wholly positive about the mommies, even as they scratched their heads and wondered what was making the kids angry or depressed or confused.

Certainly, I’m not suggesting that the family should have been forcibly disrupted. But without being willing to ask how the kids might be affected, we guarantee we won’t find the answers. This was in years past, and I truly hope those children (and the mommies, for that matter) are moving toward bright futures. But I have doubts.

I could tell more stories, but the theme should be apparent and cause for concern. Social workers and others in the ground-level helping professions should be those most attuned to human need. We should be seeing and discovering first-hand what leads to or disrupts happy and functional human lives. We should be creating a healthier society, one person at a time.

But the mental-health field is mostly professional, and thus subject to the academic and political authorities. It’s aimed at the practitioner rather than the pioneer. This leaves it unknowingly vulnerable to the powerful LGBT lobby. Even as we work to build people from the ground up, we blindly accept the ideas coming from the top down. If a professor or a textbook states that all sexual or gender orientation is above question, then so be it. The contradiction this presents to our greater body of psychological thinking goes unnoticed.

This creates a gap in otherwise perceptive, grounded, and well-intentioned minds. And this has very real consequences, for social workers are guiding the most troubled segments of society down particular paths. Operating off a false view of human functioning, we can be tricked into damaging what we’ve sworn to fix, perpetuating the problems we aim to solve. As we cruise into the twenty-first century with its fresh set of challenges, we would do well to check our blind spots once in a while.